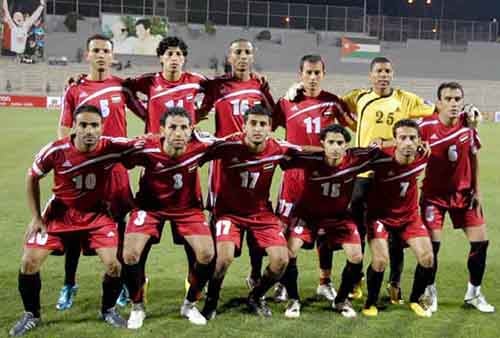 I watched, like millions of Yemenis at home and abroad, the three football matches our National Team played in the 22nd Arabian Gulf Cup. The games were held in Riyadh, and despite the huge difference in terms of means and capabilities our team’s performance was outstanding and inspirational. They sent a clear message that Yemenis are capable of achieving good results no matter what they are currently going through.

The team left the tournament but their breathtaking performance granted them tremendous popularity and as a result, a huge number of Yemenis queued to welcome them at Sana’a’s Airport. The reception ceremony reunited Yemenis – who had been separated by politics - and renewed hope for all of us.

After decades of neglect and mismanagement, a serious effort was made to train and manage the team. As is the case in many fields, proper management and effective use of available resources can deliver gradual improvement. Yemenis are currently in dire need, more so now than ever, to put their weapons aside, forget about their personal and political feuds and focus on working together to build and develop their country.

The current Government was established in extremely hard conditions, and mandated to implement the newly signed National Peace and Partnership Agreement. Furthermore, managing high public expectations is a major challenge yet to be addressed.

It is the responsibility of Yemenis in general and the political and social leaders in particular to work hand in hand with the government. It is in the best interest of everyone that the government achieves stability, regains public confidence by restoring law and order and providing basic services to all regions.

On the other hand, both the international and regional communities have a moral obligation to assist Yemen in finalizing its political transition and overcoming its severe economic problems, by accelerating the disbursement of their pledges of aid.

It is time for all Yemenis   to work together like our national football team.  The players on the team came from different clubs, different provinces but were united by one, single vision “to represent Yemen in the best way possible”. Let’s put our political orientations and differences behind us and focus on achieving a safe and stable Yemen. Let’s try to bring happiness back to the “Arabia Felix” and move away from the pursuit of narrow visions of personal, partisan or factional gains.

The opinions expressed in this article are those of the author alone and do not necessarily reflect the views of the World Bank.
Topics
Governance
Yemen
Middle East and North Africa Very nice blog Amat. Despite the many ups and downs over the last few years, Yemenis have surprised all of us by avoiding the serious civil war and destructions that comes with it. They managed to have a very successful national dialogue where no other Arab Spring Country have done. What happenned in last September is the train got off the track. It is important that this train is fixed and get back on the track so that the peaceful political transition is completed. Yemenis need the support of the international community to put this train back on track.