Experiences from the Field—Part 3: Preparing Convicts in Brazil for the Outside World

Gianfranco Commodaro is the Director in Minas Gerais, AVSI Foundation.

Brazil has the fourth largest population of inmates worldwide, a recipe for overcrowded, violent, inhumane prisons, and significant HIV/AIDS and tuberculosis infection rates. In the hopes of reducing recidivism and crime and improving human dignity, Brazil has adopted the APAC (Association of Protection and Assistance for Convicts) Professional Qualification Project, which relies on education, professional training, work, and psychological job training to help convicts gain employable skills while still in prison. This project was the winner of the Most Promising Approach in the JKP’s spring Experiences from the Field contest (link to overall blog). The APAC prison model has been replicated abroad in Asia, Eastern Europe, South Asia, and other parts of Latin America. 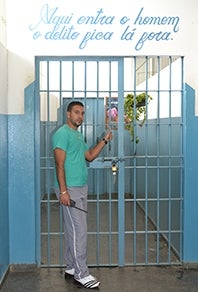 We recently spoke with Gianfranco Commodaro, the Minas Gerais Director for the AVSI Foundation, an Italian NGO that’s a strategic APAC partner. He said the APAC project has helped dramatically reduce recidivism in Brazil, from 80-85 percent in the public penitentiary system to about 10 percent in APACs. He attributes the project’s success to the active participation of all segments of society, including the public and private sectors, as well as civil society. The government helps with supportive policies—such as laws promoting reintegration and tax incentives for companies to hire former inmates—although he said it’s an ongoing challenge to convince businesses to do so.