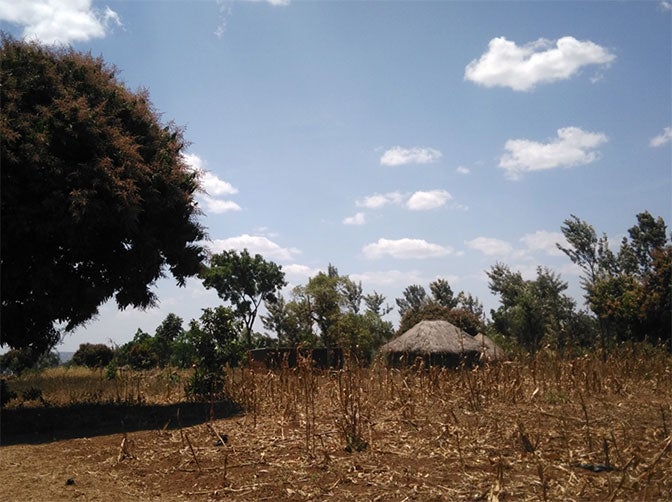 Of the 1.4 billion people living in extreme poverty, the vast majority resides in rural areas, relying on smallholder agriculture as a source of income and livelihood. Agricultural labor statistics are needed to study some of the most pressing issues in development:  how households earn income, the factors driving urbanization, the causes of un- and under-employment, the constraints to growth in Sub-Saharan Africa, and, in the big picture, understanding the potential for structural transformation. And, as climate change continues to impact smallholder farming outcomes, collecting quality data is even more important as we think ahead to interventions that promote climate-resilience for family farmers.

Despite the importance of farm labor measures, little is known about the quality of such data in developing-country settings. The estimation of labor inputs on small-holder farms is complex and vulnerable to mis-reporting. Small-holder farms typically employ mostly family labor; thus, there is no wage income in which to anchor recall estimates. Written records are not kept. To report farm labor, households must consider the plots under cultivation, the specific household members that worked on each plot, the activities performed, and their timing and duration. This is a lot to ask!

Our recent working paper sets out to study how one aspect of survey design--the recall period over which surveys solicit responses--affects estimates of farm labor in Tanzania.

To investigate how the recall period affects farm labor estimates, we conducted a randomized survey experiment in the Mara region of Tanzania during the long rainy season (masika) of 2014. One group of households received weekly in-person surveys throughout the entirety of the season, during which they would report on the agricultural labor done by each household member on each plot. A second group was surveyed weekly by phone – reducing the costs of face-to-face interviews. Another set of households were only interviewed at the end of the season.

The end-of-season recall survey overestimated time on each farm plot by a factor of nearly four compared to weekly surveys. This inflation of time farming is due in large part to the cognitive burdens of reporting an estimate of time worked over several months, especially since that work is not regular like a 9-to-5 office job. The fields of social and cognitive psychology offer some insights on how recall bias might come about. When asked to recall for a long period of time for a frequent event, “recall and count” is difficult. If the work was regular, one might use rate-based estimates. But while farm work is frequent, it is not regular – making both approaches inaccurate.

The extent of bias depends on what you want to measure

While we find that hours per person per plot are significantly higher in the recall survey, this gap disappears when measuring total household farm hours. Why? It turns out that while total hours are over-estimated, the number of plots and the people reported to work on the farm are under-reported in the recall survey.  Some people who are spending time farming are not reported in the recall survey. And some plots on which the household farmed are not reported.  Combining the over-reported hours with under-reported plots and people results in the same aggregate farm labor measure. Does this mean all is well with our data?  That depends on what is being studied. The lower hours per person per plot can result in significantly understating agricultural labor productivity depending on how one tackles the analysis.

Are these results true in other context?  Work underway by the LSMS team in Ghana and Malawi will add to the evidence on whether these findings from one region of Tanzania reflect a general problem. By collecting better data on the productivity of small holder farmers, policy makers can design and implement more appropriate interventions to raise the incomes of the poorest households in Africa.