Why is the World Bank providing support to Côte d’Ivoire? 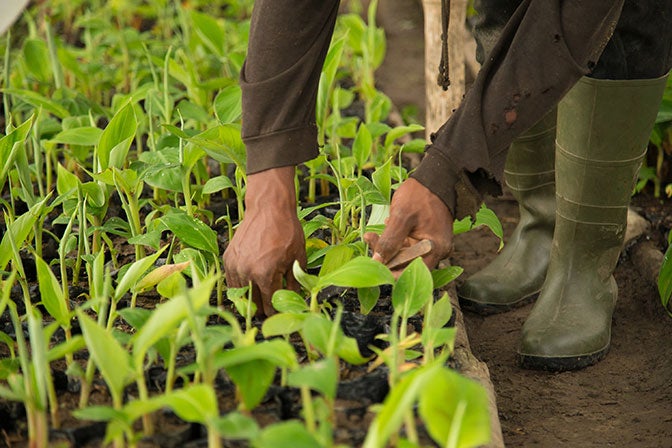 Of the total US$15.4 billion pledged by the international community at the end of the first day of the meeting of the Consultative Group on Côte d’Ivoire held on May 17, 2016 in Paris, the World Bank Group (IDA, IFC, MIGA) will commit the sum of US$5 billion (CFAF 2500 billion) to finance Côte d’Ivoire’s Second National Development Plan (NDP) covering the period 2016-2020.  This amount is double the sum allocated during the previous period (2012-2016), proof—if any were needed—that the World Bank is more than ever committed to helping Côte d’Ivoire achieve emerging country status. This new country partnership framework between the World Bank Group and Côte d’Ivoire is an important milestone.   Emergency projects designed to reconstruct the country in the 2010-2011 post-election crisis period have been replaced by innovative multisectoral infrastructure projects aligned with five strategic objectives:

These pillars were not randomly chosen.  They were selected following an in-depth and objective assessment (read the Systematic Country Diagnostic) of the obstacles to the development of a country that had been posting the best growth rates in the subregion during the first two decades of the post-independence period, prior to the start of a protracted, painful decline in the 1980s that continued until the post-election crisis of October 2010.

This has to be unequivocally stated, confident in the belief that good friends must always tell each other the truth. Côte d’Ivoire has undoubtedly convinced its partners of the extraordinary economic health of a country that is just emerging from a protracted, multifaceted crisis: with an annual GDP growth rate of around 10 percent (one of the best in Africa, as the region experiences a slowdown), Côte d'Ivoire has found a second wind.

However—and herein lies the post-Paris challenge—Ivoirien authorities must get back to work very quickly to complete the reforms critical to achieving emerging country status by 2020, and address the most pressing challenge: diversifying growth sources that are currently concentrated in a few capital-intensive sectors. No-one can dispute the fact that this double-digit growth must be maintained given its importance in controlling population flows.  However, this growth must be inclusive if it is to significantly reduce the poverty rate (46 percent in 2014).  While Côte d’Ivoire can pride itself on being the world’s leading producer of cocoa, which accounts for close to 40 percent of the country’s exports of goods, it must nevertheless make economic diversification a priority.  As long as the country remains exposed to internal and external shocks, growth, while impressive, remains fragile.  Another but no less daunting challenge is the nagging issue of youth employment and, in particular, access to quality jobs (read our report: The Might of the Elephant - Using its Growth to Create Better Jobs, which also addresses the inherent link between good governance and the business climate).

One thing is sure: Côte d’Ivoire was able to convince public and private investors to support its goal to achieve emerging country status because it possesses all the assets needed to succeed. Other countries have overcome similar challenges. Those that have successfully done so managed to create jobs worthy of the name (adequately remunerative and productive) for their populations, in particular youth and women.  Côte d’Ivoire’s future must involve not only the structural transformation of the economy—that is, productivity gains in traditional activities, in particular agriculture, which remains the main source of livelihood of the majority of the population—but also the creation of jobs in modern, more productive activities such as the agricultural products processing industry and health and education services.

Côte d’Ivoire is one of the strong links in the ECOWAS zone and we are confident that every CFA franc or U.S. dollar invested in Côte d’Ivoire will have a positive impact on the 23 million Ivoirians and the rest of the region. The future looks bright for Côte d’Ivoire.
Topics
Agriculture and Food
Education
Governance
Health
Infrastructure & Public-Private Partnerships
Countries
Cote d'Ivoire
Regions
Africa