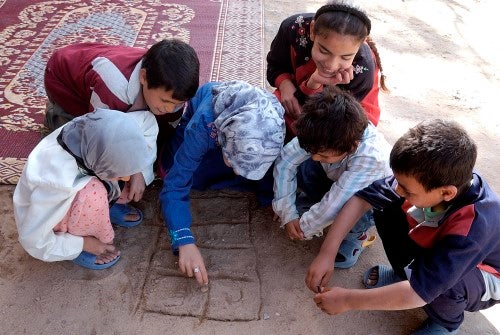 Last week I attended a gathering of legal aid providers, a somewhat informal group mostly from rich countries but with a slowly growing number of developing country participants. Legal aid services—covering public information and awareness, group and individual counseling, and representation by a lawyer—are generally delivered free of charge to the poor and vulnerable, so they can better understand their rights and the procedures to enforce them, and improve their access to formal justice sector services (those provided by courts, other dispute resolution bodies, and lawyers).

In theory, legal aid makes sense. Increasing knowledge and enhancing access to courts and lawyers should be beneficial to poor people. But these services come at a cost; legal aid is not cheap, especially when lawyers are involved. While there are a number of interesting trends in legal aid toward greater financial sustainability, legal aid will always be subsidized, either by governments or others (lawyer associations, civil society groups).

At the conference, the group discussed questions that I have been wrestling with for some time: What impact does legal aid have on poverty? Instead of the access-to-justice lens, can we view legal aid through an anti-poverty lens?

The poor interact differently with the justice sector. They are more likely to face certain types of disputes but have less access to services that can help resolve them. Costs, particularly lawyer fees, are a considerable obstacle. Yet legal problems, left unaddressed, can cause the type of economic shock that pushes a vulnerable person into poverty. Labor abuses (such as wrongful termination and failure to pay full wages), eviction from housing, debt, and family problems (such as divorce), can all produce insurmountable financial shocks to those near the poverty line.

Unresolved legal problems can also keep those in poverty from escaping it. The inability to enforce child support and alimony can perpetuate poverty in female-headed households.

A legal aid program in Jordan, supported by the World Bank and Japan and implemented by the Jordanian CSO Justice Center for Legal Aid (JCLA), sheds some light on part of the link between justice sector services, like legal aid, and poverty. In 2012 JCLA, in cooperation with the Department of Statistics, conducted a 10,000-household survey solely on the justice sector—the Statistical Survey on the Volume of Demand of Legal Aid Services’ (Legal Aid Survey).

The Legal Aid Survey provided data on the types of legal problems most likely to affect the poor and near poor. Families in the bottom half accounted for nearly 80 percent of reported legal problems related to family law, 68 percent of problems for civil law, and 65 percent of problems for criminal law. The near-poor—those in the second lowest expenditure quartile—were the most likely to report a legal problem in all areas of law. And certain types of cases are associated with the poor and near poor, who account for the majority of reported child custody (90 percent), alimony/child support (83 percent), inheritance (80 percent), assault (78 percent), domestic violence (77 percent), labor disputes (70 percent), and landlord-tenant (68 percent) issues.

Looking at the types of cases that most affect the poor and near-poor in Jordan while considering the general characteristics of poverty in the country, we can assess which are more likely to have an impact on poverty. Given the low labor force participation of women in Jordan, alimony and child support may constitute the only considerable financial asset for a divorced, female-headed household. Non-payment of child support is a likely cause of poverty for some families in Jordan, as it is in many parts of the world. Labor disputes are another example. We know that the poor and near-poor are more likely to be subjected to labor abuses, such as wrongful termination and withholding of wages. This is the type of shock that can send a vulnerable family into poverty.

JCLA and the World Bank are now designing a methodology for measuring the impact of legal aid on poverty. We will go beyond case outcomes (what happened in court) and the social return on investment assessments that are common in this field. Instead we will measure impacts on poverty levels, social development indicators, and agency at the level of household and individual beneficiaries. We hope that JCLA will be able to track their beneficiaries over time (perhaps several years) to capture evolving impacts. This will contribute to enhancing what remains as a surprisingly limited knowledge base on the anti-poverty effect of legal aid, and hopefully open the door for wider evaluation of the role of justice sector services in addressing poverty.
Topics
Poverty
Countries
Algeria
Bahrain
Djibouti
Egypt
Iran
Iraq
Jordan
Kuwait
Lebanon
Libya
Morocco
Oman
Qatar
Saudi Arabia
Syrian Arab Republic
Tunisia
United Arab Emirates
West Bank and Gaza
Yemen
Regions
Middle East and North Africa