I have a dream … to go back to school

This blog was handwritten in Arabic by a 9th grade student who lives in Sana’a and is published as received.
Black Thursday 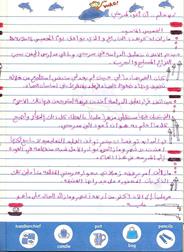 I still remember that day, Thursday, March 26, 2015, when it was announced that my school, along with all the other schools in Yemen, was being closed because of the armed conflict and war. This news was a shock to me, as it meant I would no longer have any way to relieve the pressures of living in a country that lacks even the basic necessities of life. When the decision was made to close the schools, I took a moment to reflect on my dreams for a bright future full of hope, but all those dreams have collapsed, and the only dream I have left is to go back to school. In the beginning, we expected the schools to be closed for a few weeks, but that has turned into months and there is little hope of being able to return to school this year. My classmates and I pass by our closed school building, remembering the good times we had within its old walls. More than four months have gone by, and still nothing has changed. 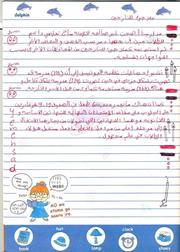 Our schools are no longer able to provide a suitable educational environment for students because some of them have been destroyed by bombs and others are being used to shelter displaced people from other provinces who are taking refuge from the armed conflict.

UNICEF’s statistics indicate that 315 schools have been partially damaged, 114 have been completely destroyed, and 360 are being used as shelters by displaced families. There are about 600,000 students in grades 9 to 12 who were unable to sit for their final exams for basic and secondary certificates, which would allow them to continue on to a higher level of studies, and this has put the future of these students in doubt.
Weapons instead of pens

Not only have Yemen’s students lost the opportunity to attend their classes this year, many of them have been recruited to participate in the war. The news reports about children being killed only add to the painful prospects of Yemen’s future, when we see that those who should be building the country’s future are helping to destroy it. Children are still being recruited—and this is considered an international crime—while no one pays attention to the fact that we are destroying the future of Yemen and Yemenis. 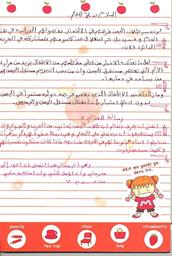 Message to the world

I would like the world to know that students in Yemen are suffering from war and hunger, and they are unable to obtain an education, which is one of their most basic rights. If people could imagine their own sons and daughters in a similar situation, what would they think and what would they do? Finally, I would like to say that my wish is to go back to school, carry my books, and recover the dream that I have lost.
Topics
Fragility Conflict and Violence
Education
Countries
Yemen
Regions
Middle East and North Africa
Series
Back to School Aryam, thank you for your courageous words. I will read your letter to my son. He is a 7 year old American. And we will pray that you may return to your school in peace very soon.

thank you for your kind thoughts and prayers.

Dear Aryam, thank you for writing about the plight of Yemeni students. You have inspired me to be a better student myself. I pray that the situation in your country soon improves and you are able to pursue your academic goals. The students of Yemen and all children deprived of an education are in my thoughts and prayers.