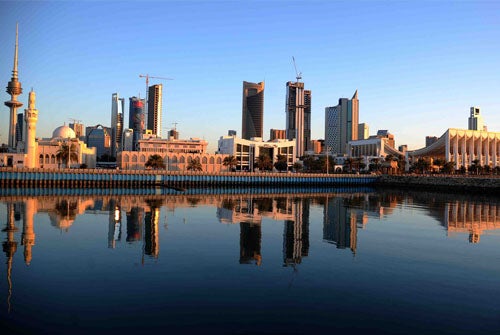 Prior to Kuwait’s independence on June 19, 1961, it had experienced periods of political instability. It had been the hope that turning into a state and adopting a constitution would end the political chaos and serve as a catalyst for Kuwait’s development.

Kuwait’s modern history, however, reveals that decisions taken immediately after independence sought to tackle the issues present at the time. But new issues arose, in some cases they were the same old issues taking a different form. The political crises since independence confirm this fact. For example: Between January, 1962, and January 2014, 34 governments were formed at a rate of one government every 18.3 months. This is -not counting cabinet reshuffles.

This political situation has had a clear negative impact on Kuwait’s social, cultural and economic development.

In 2004, local and international indicators pointed to the spread of corruption. Kuwait ranked 35 on the corruption index in 2003. In 2004, this rank dropped to 44 on Transparency International’s index (in 2014, Kuwait ranked 67).

When we established the Kuwait Transparency Society in 2005, the goal was to encourage transparency and integrity, to combat corruption, and ratify the right to access information. All these are requirements to fulfill the basic human rights each citizen should exercise.  All states must strive for development, ensuring that its citizens enjoy the best possible ‘life with dignity’ given their current context.  If we do not strengthen integrity and combat corruption, development will be the first victim.
​
Given this diagnosis we carried out, we reached a number of conclusions: We have summarized the process of reform and good governance, the ultimate goal of any state, in the following figure:  Kuwait Transparency Society (KTS) took initiative and presented a vision to increase political stability, achieve development, advance democratic values; and reform the state civil service through partnerships with government, legislators,  civil society and activists.

To this end, KTS has developed an ambitious program to enhance democracy and further reforms. Its most important achievements include, the enactment of a law in 2012 establishing the General Anti-Corruption Authority, requiring senior officials' financial disclosure statements, and protecting whistleblowers, witnesses and victims of corruption. KTS has hosted international observers for the legislative elections, and has over the past six years held campaigns to rally support for draft bills it has developed, such as the conflict of interests and code of conduct, the law of transparency and regulating the access to information, and the law on hiring in senior positions. Founder and President of Kuwait Transparency Society since 2005