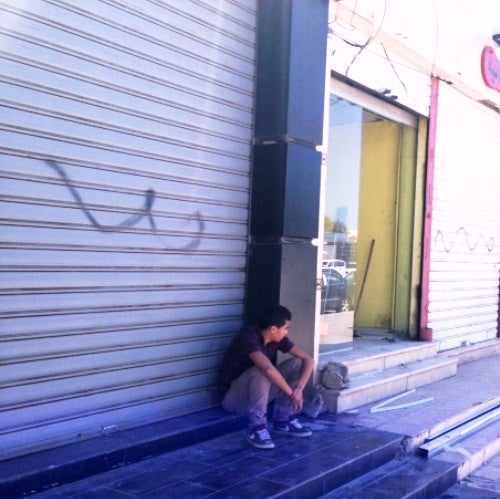 In Libya right now, one out of every two people is 24 years old or younger (52 percent).

One out of every two fighters was previously unemployed or a student (52 percent).

Why does this matter?

Since my last trip to Tripoli in April, the unfolding conflict has brought these numbers to life.  At the time, opportunities were emerging, which I’ll return to in a bit.  The current conflict notwithstanding, it was clear at the time that Libya has immense potential due to its natural resources and unique geography.  I was impressed to learn that it has the longest coastline among North African countries and the tenth largest oil reserves in the world.  It has strategic trade links between Africa and Europe, a wealth of untapped Roman ruins second only to, well, Rome, and a young workforce.  But as long as this potential remains untapped, limiting the prospects of its young workforce, it seems evident now that militias will remain one of the few sources of opportunities, perpetuating conflict.

Between 2010 and 2012, unemployment jumped from 13 to 19 percent.  Today, Libya’s unemployment rate is one of the highest in the world.  Paradoxically, it may be its employment pattern that poses a far more insidious challenge.  Over 84 percent of the employed are civil servants on the government’s payroll.  Among women, the figure rises to 93 percent.  Yet even with this large government workforce, public services and infrastructure in Libya are decrepit or absent.  This inflated public wage bill that delivers little does not create a very hospitable environment for building a diversified economy.   Nor will it provide many opportunities for Libya’s 52 percent.

How can Libya change this jobs trajectory?

While there is no silver bullet, analysis from a forthcoming World Bank report suggests a few key areas. First, once stability is reestablished, Libya can send a stronger signal than it has in the past that it is open for business, chiefly by promoting untapped sectors besides oil with high job creation potential through expediting business climate reforms.  The faster Libya can also enable a functioning financial sector and diversification, the greater the incentives for foreign investment.  Neighboring countries like Tunisia, Egypt and Malta already have a high stake in the Libyan economy, along with workers from the rest of Africa and Asia.  Expanding untapped sectors such as infrastructure, trade, services, and agri-business would give a much-needed boost to domestic employment.

Perhaps equally important, Libya can raise the bar for job and skills training targeted to the needs of the private sector by maximizing public-private partnerships.  One out of three firms cannot find Libyans with the right skills according to the Libya Investment Climate Assessment, whether for manual or high-skilled jobs. Equip youth with competitive skills through internationally-recognized training and apprenticeship programs delivered only by the best centers and firms.  Results-based contracting and partnerships with the private sector can help increase the chances they land jobs.  This also boosts confidence for investors that there is a pipeline of workers with tailored skills to pre-identified needs.  Programs in Mexico and Bosnia and Hercegovina can serve as examples.

Given its inflated civil service, Libya’s employment and social protection policies in the public and private sector will also need to be revisited.  Only 46 percent of the employed in the private sector have social security, which is concerning.  As elsewhere in the Middle East and North Africa (MENA), the public sector offers far more attractive benefits and job security.  But in Libya, it is more complicated.  The private sector is rampant with vague employment contracts and a lack of basic benefits for workers and the unemployed.

While reforming some of these policies and programs would take time, innovative ways to support jobs were already taking root in Libya before the current crisis.  When I last visited, the Tripoli Municipal Council had just partnered with the Libyan Foundation for Development, a non-governmental organization, to help Libyans find jobs and support entrepreneurship.  As one of the first public-private employment centers of its kind in the MENA region, they provide a range of services such as job placement and training with a growing roster of firms. Building these networks will be critical to helping young Libyans land employment opportunities, particularly the young people that are now carrying arms.

Young people in Libya today need viable alternatives to the militias.  Coalitions, domestic and global, are one of many ways to provide them.

Interesting and perceptive article. Keen to know what the sources of the figures mentioned are? interested in reading more on this. thanks

Thank you Hind. The figures are based on analysis of the Libyan Labor Force Survey for 2012 and 2013, in collaboration with the Bureau of Statistics and Census of Libya. The full paper is forthcoming with broader analyses, and additional ideas and thoughts would be most welcome in the search for a new jobs trajectory for Libya. Thank you again.

I would like to see the study I have been to libya many times I just got back 3 weeks ago many of the youth working self employed and get paid by the goverment too the men and women they have goverment contract for many years and have their own work police ,firefighters ,teachers and many more I have looked at this for more than 15yrs it's the same more now it's sad this is my country I hope will be better in the next 5 to 7 yrs.
I my self trying to open grinning school in libya and had difficulty in the past but soon it may be possible
Thanks

Thank you Hamid. Experience such as what you mentioned about dual work in the public sector and self-employment is an important issue, as are the barriers you mentioned to innovation and doing business. The full paper is forthcoming and your further insights would be most welcome.

I think those Roman ruins are Carthaginian, no?

The ruins in Libya are Roman, Greek, Phoenician, and Carthaginian (mostly in West);.In places like Cyrenaica, you find the first three in the same location along with early Roman Christian artifacts.

Thank you Culture Clash and Hala,
Indeed, legacy of Roman archeology in Libya is rich. We pointed this out to highlight Libya's unique advantage and the high job creation potential in the tourism sector, once security is reestablished. Thanks again.