New technology changes the working day, offering a strategy for more jobs in the Middle East 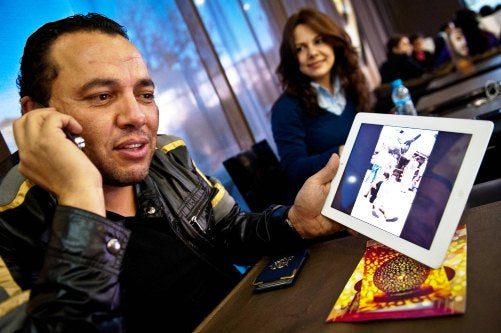 It’s no secret that the Middle East and North Africa (MENA) region has the highest youth unemployment rate in the entire world: nearly 30% according to the International Labour Organization. Over one in four young people have no viable means for economic prosperity, and sadly education is no guarantor of a job. Despite these bleak statistics, a recent survey commissioned by Qatar’s telecom giant, Orredoo, suggests that young people still have hope of a great future, fueled in large part by the innovations of the 21st century. The challenge is to innovate technology and alter our way of thinking about work to motivate MENA’s youth.
Poll
Technology Enabling Prosperity

This is a pivotal moment, one of tremendous historical and technological change, as well as overwhelming challenges for the region. The hope technology brings, however, is a potential game changer, both economically and for regional stability overall. The World Bank recently published a study highlighting the economic opportunities of accelerating high-speed internet access. The authors of this study note this region would look significantly different if more women and young people had access to high-speed internet. For while technology is only a means to a better life, and not an end in itself, using it effectively to further economic prosperity and job creation is critical.

A new report, “New Horizons: Young, Arab and Connected,” commissioned by Ooredoo, surveyed more than 10,500 young adults in 17 countries across the region, and found that 9 out of 10 young MENA citizens believed that Internet access could help them fulfill their hopes for a job. This study also found that for young people lucky enough to have jobs, 45% of them are not doing what they would like to do. While it might be easy to dismiss this, when considering the unemployment statistics, motivating youth effectively to contribute to the economic good of the region is important in gaining the most out of this region’s best assets: its young people full of hope and promise.

Redesigning Work: Beyond the Traditional 9-5

Perhaps it’s time this region takes a hard look at the way we work and redesign a path moving forward that takes into account both the emerging technologies and the way this current generation--which accounts for approximately one third of MENA’s population of about 340 million--views the world. A report by Aruba Networks on “Gen Mobile” found that half of the survey’s participants of youth aged between 18 and 35, work most efficiently outside of the traditional 9am-5pm working hours, and also want more flexible work. Harvard Business Review’s blog also discusses this emerging trend: the 20th century work schedule was not the first work schedule, nor will it be the last.

Throughout the world, working independently and the concept of freelance work has become much more popular: it is estimated that within the next six years 40% of Americans will work independently. Deloitte recently conducted a survey of Millennials, a term used to refer to people born from the early 1980s to around the 2000s, which found that 70% of Millennials want to work independently. A new way of work that taps into the technology this generation has grown up with, and gives a sense of autonomy, which behavioral economists deem important, could give this generation in the MENA region a better sense of self-determination and overall wellbeing. Although there is currently an ongoing debate about the pros and cons of independent work, research suggest that when people are given autonomy, health and wellbeing improve.1

Although the idea of independent work is still a relatively new concept for the modern Middle East, a peer-to-peer economy is as old as the Silk Road: merchants directly exchanging goods and services. Today’s roads are now virtual driven in a large part by the Internet. In a world where technology continues to change almost every aspect of our lives, it is now contributing towards a more hopeful future for this region’s youth.  The challenge is to re-imagine and rewire ourselves for 21st century work not based upon an outdated construct from a past era, but rather one that taps into what some economists recognize as basic human motivation. Independent work would be a great way to keep the youth employed. Something is better than nothing and with the high speed internet on the wheels , I hope that a better and secure tomorrow is not far away for the youth!