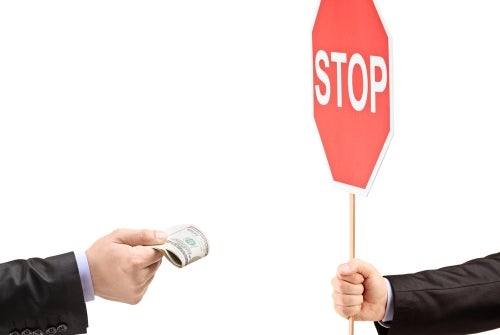 Corruption in the public sector is a multifaceted and complex phenomenon. It can take on a myriad of forms and come to light in various areas.  It ranges from petty corruption among government officials who use their influence for monetary gain to corruption in lobbying and fundraising in election campaigns.  Its reach extends from public procurement to managing conflicts of interest.  It is used to bribe whistleblowers and is present in all cases of cronyism and misappropriation of public funds.
​
Corruption plagues all countries to varying degrees and in different ways, regardless of their level of development. Institutions such as the World Bank are paying close attention to corruption for two main reasons: First, because as an investor, it must be able to guarantee its Board of Executive Directors, which represents its 188 member countries, including Tunisia, that its loans or grant funds provided for development projects are judiciously used and do not fall prey to embezzlement.

Second, as a development institution the World Bank, drawing on a body of global theoretical and practical knowledge, now knows that corruption considerably stunts growth and economic development.  According to the World Economic Forum, the cost of corruption to society and the private sector in 2010 stood at an estimated US$2.6 trillion (or 5% of annual gross world product). Corruption cannot be viewed as an activity that oils the wheels; it results in lower growth rates and greater inequality and poverty. It rewards the worst performers.

Having set forth the problem, it should be acknowledged that government decision-makers and their development partners face a series of obstacles that must be overcome as well as a plethora of options that are often difficult to grasp and articulate.

What instruments and approaches are effective in combating corruption? Should the effectiveness of internal audit systems—institutions such as the Court of Audit, inspection bodies, internal audit entities, and the entities responsible for judicial proceedings be enhanced? Should specialized ad hoc agencies be created to deal with corruption issues? Should an effort be made to digitize, to the fullest extent possible, all public funds collection and expenditure processes (customs, e-procurement, integrated financial management systems)?
​
Should the interest and role of civil society be stepped up by supporting citizen coalitions to combat corruption? Should the professional ethics component of the training and evaluation of government employees be strengthened or should steps simply be taken to ensure that their salaries afford them a life of dignity? Is a general policy needed or should the weak links, such as the extractive industries, be targeted? Should the legal sanctions imposed on some corrupt figures receive wide media coverage in order to sound a warning to others? Should greater emphasis be placed on transparency and a culture of accountability in the public sector? If so, how?

Academics may be able to provide us with insights that can allow us to gain a certain level of understanding on the roots of corruption. For a long time, economic theories have focused on decision-making processes in the public sector.  They sometimes allow for the modeling of the behavior of actors or political strategies.  They measure the economic impact of social behaviors, such as those linked to corrupt practices.

, Researchers at the Paris School of Economics, specifically those working within the Economics of Transparency and Accountability Group, have developed internationally recognized expertise in this area.  Using the most sophisticated economic analysis tools, they are exploring, for example, through their research, whether new technologies make it possible to combat corruption or whether, in a context of weak governance, corruption compensates for bureaucratic inefficiencies.

This is the expertise being sought by the University of Tunis’ Faculty of Law and Political and Social Sciences, after it became apparent that there was no higher education instruction in Tunisia focusing on the issue of corruption.  These two universities therefore made a joint decision to establish, at the beginning of the 2015 academic year, an advanced multidisciplinary Master’s program in Tunis targeting students and senior government officials, so as to provide them with the analytical tools to tackle the corruption issues that they may face later on in their professional careers in the public and private sectors, in politics, or in civil society organizations. It is through education and research that an understanding of corruption, a complex social phenomenon, will be forged, thus leading to the implementation of more effective public policies.
Topics
Digital Development
Governance
Social Development
Algeria
Bahrain
Djibouti
Egypt
Iran
Iraq
Jordan
Kuwait
Lebanon
Libya
Morocco
Oman
Qatar
Saudi Arabia
Syrian Arab Republic
Tunisia
United Arab Emirates
West Bank and Gaza
Yemen
Middle East and North Africa