Youth Employment in Egypt and Tunisia vs. Jordan and Morocco Three Years After the Arab Awakening 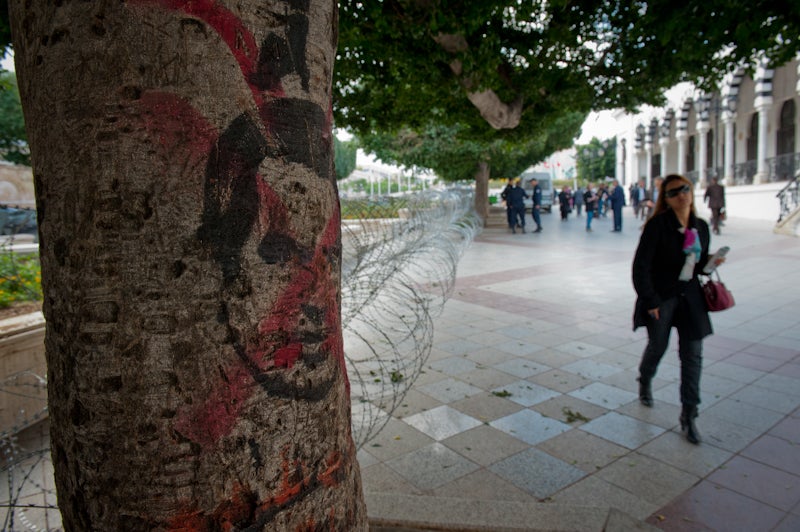 December 17 marked the third anniversary of the Arab Awakening.  On that date, three years ago, Mohammed Bouzazizi set himself on fire in Sidi Bouzid,Tunisia. The political tsunami that has shaken Tunisia, Egypt, Libya, Yemen, Bahrain and Syria is well known. What is less known is the impact that the Arab Awakening has had on Arab youth. They were the driving force behind the revolution, particularly in Egypt and Tunisia. However, youth are far from having reaped the fruits in either country.

In this post, I will use data on youth unemployment and labor participation to show that in Egypt and Tunisia the condition of youth in the labor market has worsened after the Arab Awakening. Interestingly, the two oil poor countries that have not (directly) experienced the Arab Awakening, Morocco and Jordan, had a relatively better performance.

Most of you would correctly point out that it is overly simplistic to talk about youth as a monolithic entity. Youth differ in the Middle East and North Africa for ethnicity, religion, levels of education, geographic location, urbanization, skills, political identity, and so on. Being born and raised in the West, but having Arab blood, I am usually the first one to make this critique to Western media and analysts. However, one lesson I have learnt from  the Arab Awakening is that, regardless of their background, all young people aspire to have jobs and better economic conditions. I will leave the political sphere aside for the purpose of this post while acknowledging that, as Marwan Muasher correctly points out, “Bread and Freedom in the Middle East and North Africa Must Go Hand in Hand”. 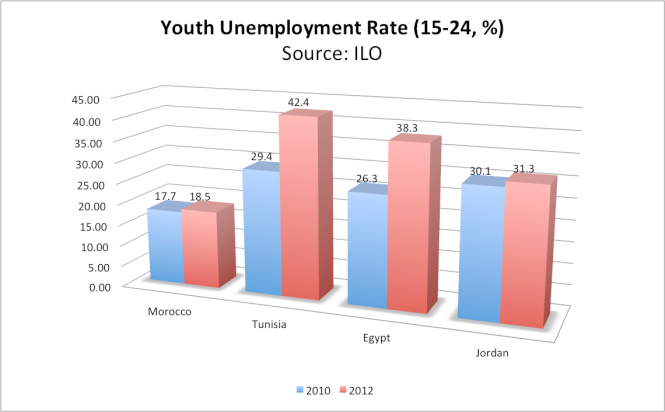 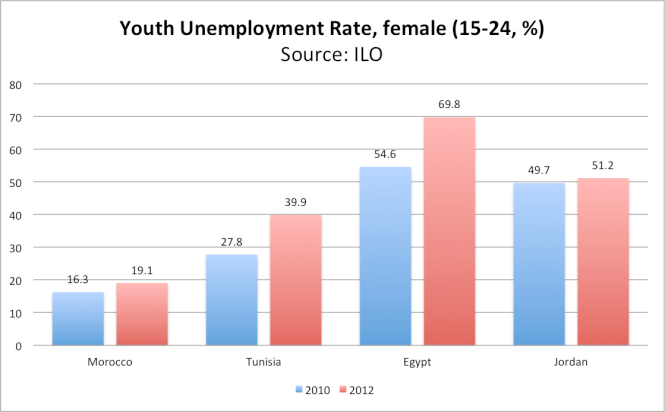 The inactivity rate, which captures the percentage of youth not in the labor force, remained the same in Egypt and Tunisia after the Arab Awakening.  This shows that the percentage of youth outside the labor force did not vary. On the other hand, in Jordan and Morocco youth inactivity decreased between 2010 and 2012, meaning that more youth joined the labor force in these two years. It is important to note here that Egypt and Tunisia started from lower levels of youth inactivity, although still very high for middle and middle-high income countries. 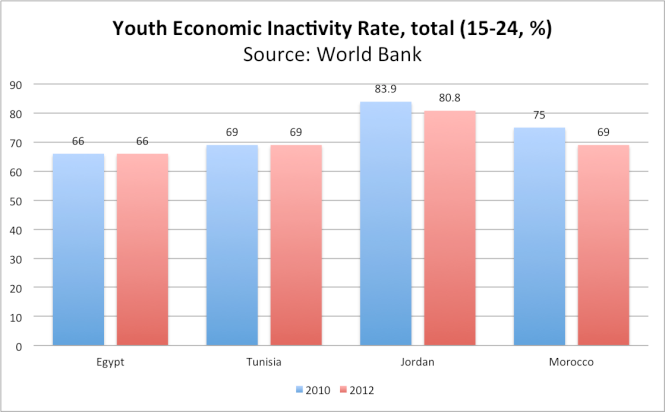 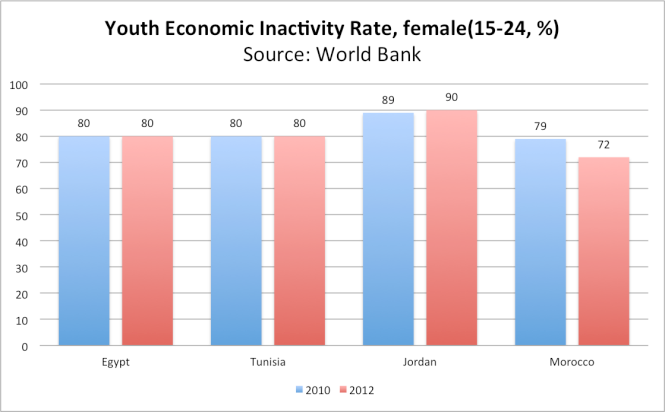 Something to keep in mind is that economic activity does not account for the percentage of youth in education and training. A better indicator of youth exclusion from the labor market, as well as from education, is the level of youth Not in Employment, Education and Training (NEET). NEET captures the percentage of discouraged youth that cannot find jobs in the labor market and do not have the opportunity or motivation to improve their skills through training and education. In the Middle East and North Africa, NEET is higher than in any other region for youth. However, country level data is not available for this indicator.

ETF data from 2012 shows that, for youth between 15 and 24 years old, NEET is about 30% in Egypt, and 25% in Jordan and Tunisia. For young people until 29 years old, NEET increases to about 30% in Jordan and a bit less than 35% in Tunisia. In all countries NEET is much higher for young females. The gender disparity in NEET for youth is highest in Egypt and lowest in Tunisia. However, the lack of data for 2010 does not allow to make comparison with the pre-Arab Awakening status.

Therefore, the data shows that, after the Arab Awakening, more young people lost their job in Egypt and Tunisia than in Jordan and Morocco (in relative terms). This is particularly the case for females. In addition, less young people have joined the labor force in these two countries.

Before and after data do not say much about causality. Even providing data for countries that have not experienced a revolution (i.e. Jordan and Morocco) does not provide with a good counter-factual. A more rigorous analysis is needed to determine the cause of the dynamics described above. Thus, I would caution from drawing any conclusion with regard to the causal relationship between the Arab Awakening and the worsened conditions of youth in the labor market for Egypt and Tunisia. Particular caution is needed when comparing these two countries that underwent a revolution with Jordan and Morocco.

*Actual data for 2013 is not available.
Note: Economic inactivity was calculated as the difference between 100 and the rate of participation to the labor force. By definition, this indicator is higher than NEET, which accounts for individuals that are not in education and training, in addition to employment. Thanks Mr. Saba! As you mentioned, youth were the driving force for the change, this actually gives the youth what it takes to better their country economically as soon as they get the political opportunists/elites out of their way. Better a short inconvenience than a lingering problem.

Thanks Taha for your comment. I also hope youth in the Arab countries experiencing a revolution will be able to find jobs, making their current unemployed or inactive condition a temporary one.

(1) A change in youth employment rates from 2010 to 2012 does not necessarily indicate that "a substantive proportion of youth lost jobs." Instead, this might indicate that there are more young people (youth population growing) and the same amount of jobs. Or even more jobs, but a problem of population growth outpacing job growth.
(2) This data is a bit outdated.. It's 2014 now.
(3) Hmmm

Thank you very much for this informative piece. Could you please provide the ILO and World Bank references on which the charts were based? Thank you.