Communicating Climate Risks to Investors: the Next Major Ratings Failure 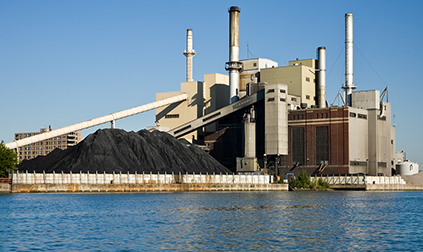 Only a few years ago, the failure to properly quantify and communicate the risks of a widely traded commodity, mortgage-backed securities, caused major damage to the US and ultimately the global economy. According to the IMF, total losses will approach $4 trillion (pdf). A significant share of the losses were incurred by pension funds and insurance companies typically viewed as among the more risk-averse and cautious segments of the investment community.

A new report by the Carbon Tracker Initiative and the Grantham Research Institute on the Environment and Climate Change evaluates the failure to properly value the risks of climate policy to companies with major fossil fuel reserves and finds a similar potential for massive financial fall-out. They conclude that “Between 60-80% of coal, oil and gas reserves of publicly listed companies are ‘unburnable’ if the world is to have a chance of not exceeding global warming of 2°C.” (A short video explaining the research and mapping the amounts of investment at stake in different countries is available online).

Yet in the absence of carbon pricing or effective policies to limit greenhouse gas emissions, the same companies invested $674 billion last year to find and develop additional resources consistent with plans to commit more than $6 trillion to fossil fuel resource development in the decade ahead. Commenting on the report, Lord Stern stated,

“Smart investors can see that investing in companies that rely solely or heavily on constantly replenishing reserves of fossil fuels is becoming a very risky decision. The report raises serious questions as to the ability of the financial system to act on industry-wide long term risk, since currently the only measure of risk is performance against industry benchmarks.”

The potential for negative environmental news to adversely impact stock values is well documented. There is also evidence that greenhouse gas emissions are negatively correlated with the value of traded equities. Yet to date pension funds and other large institutional investors controlling trillions of dollars have been surprisingly slow to appreciate and act upon this information. This may be starting to change. This year New York State became the first to include an explicit warning about the effects of climate change in its bond offerings. The investor advisory group Ceres also recently organized a letter on behalf of 14 investment groups representing $40 billion in assets asking that the National Federation of Municipal Analysts (NFMA) issue stronger disclosure requirements for water and sewer utilities on risks including climate change impacts. Ceres also published a new framework to aid water and sewer utilities in preparing financial disclosure documents while also helping investors and credit rating agencies assess their financial health.

These announcements, while limited to specific sectors and geographies, should be the first of many such statements as the financial risks of climate change become increasingly apparent rising to levels consequential even for developed countries (pdf). And when investors speak, finance ministries and governments listen. Coal assets are an obvious case, but what about investment in freeways, desalination plants, sewage treatment plants, California state water project, housing and commercial development that depends on high carbon transport and water pumping, buildings that are unusable without air conditioning…etc. etc. ?