Making the links between carbon markets in a post-Paris world 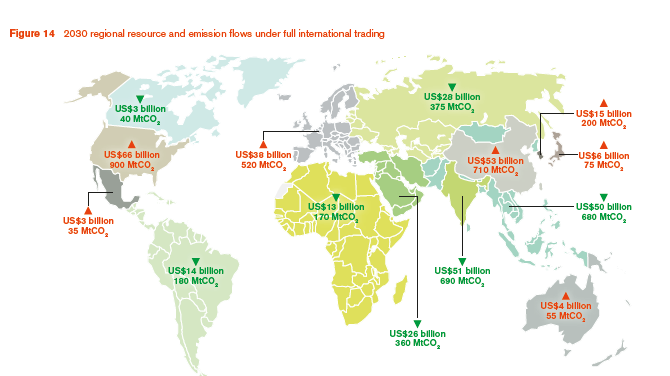 We are witnessing a pivotal moment in a decades-long effort to combat climate change.  Last year in Paris, world leaders came together for the first time to commit to keeping global warming below 2°C. With the Paris Agreement in force and negotiators at COP22 in Marrakesh teasing out the details of implementing the Agreement, countries are developing their action plans (or Nationally Determined Contributions, NDCs) to reduce global greenhouse gas emissions. Part of this is looking at how carbon assets could be traded across borders.


Studies have shown that allowing countries and jurisdictions to trade carbon is a key part of lowering the global cost of mitigation.  However, countries will develop different types of carbon assets. Certainly, a carbon asset in the Chinese emissions trading system (ETS) - to come into force in 2017 - will likely be different from carbon assets created in Chile or Mexico. So countries and sectors are looking at opportunities to link their mitigation measures through carbon trading mechanisms. By linking, we mean that carbon assets in one scheme can be recognized in another and traded. Against this backdrop, it is useful to understand what the future of carbon markets could look like, what benefits linking provides, what the barriers to linking are, and how to move towards a global carbon market.

What is the future of carbon markets?

The Paris Agreement shifted gears on how climate change mitigation measures can be accelerated and amplified through the use of market mechanisms. In contrast to the centralized and top-down Kyoto Protocol, the Paris Agreement allows for a bottom-up, decentralized approach where individual countries will undertake measures that suit their country context and engage in transfers of carbon assets (or “mitigation outcomes”, as they are called in the Agreement’s Article 6) across jurisdictions. As a result, post-Paris, we visualize the global carbon market as a network of carbon markets linked at regional, national and sub-national levels.

What are the benefits of linking?

Global linking first and foremost reduces overall costs of achieving 2030 NDC targets by approximately 30%. Linking allows participants to access a broader array of abatement opportunities at lower costs by geographically shifting mitigation measures from jurisdictions with higher costs to jurisdictions with lower costs. To achieve the Paris goal of net carbon neutrality after 2050, linking will become a necessity rather than a choice.  Natural carbon sinks, unevenly spread across regions, are likely to be necessary to achieve carbon neutrality in a cost-efficient manner. Linking is required to unleash their potential by allowing countries to tap into carbon sinks and fulfill their long-term targets. Without linking, the cost of reaching national targets in isolation may be more than a country can bear.

What are the barriers to linking?

Barriers to linking exist and to date, opportunities for linking have not been pursued as aggressively as might be anticipated given the expected benefits. Out of 21 currently operating emissions trading schemes (ETS), only three are directly linked: two operational links between California and Quebec in North America, and Tokyo and Saitama in Japan, and one direct link between Switzerland and the EU currently in implementation.

Direct linking has faced significant challenges in practice. The greatest cost benefits exist if jurisdictions face different emission reduction costs. At the same time, this creates potential tension: political tension, as some countries see an outflow of resources to purchase emissions reductions from other countries, as well as tension voiced by the private sector, as some areas see an increase in the price of carbon. Also, the high degree of regulatory harmonization between jurisdictions needed for direct linking to happen may create concerns about loss of regulatory control and has resulted in lengthy negotiation processes.

How to move to the next generation carbon market?

The Paris Agreement provides an opportunity for us to think creatively about how to model international linking in a way that takes greater account of the national circumstances while addressing drawbacks inherent to linking mechanisms. To support and structure this broader approach to linking, Vivid Economics together with the carbon pricing team of the World Bank devised the METRIC guidelines to support stakeholders considering linking.

Linking carbon markets successfully requires that emissions trading systems are solidly grounded in the national legal framework, that they are mandatory, and ideally, that they are closely aligned with a country’s long-term strategic climate policy targets. With that in mind, links to date have involved countries with similar economic development and emission reduction efforts and a common institutional framework for administering carbon markets.

Similar environments certainly facilitate linking, but linking very different jurisdictions should also be possible.In fact, benefits of linking may be larger for countries in different stages of development and, as long as emissions trading systems are firmly established, difference in the design of ETSs can be accommodated in a linking mechanism.

Looking ahead, further development of the Paris Agreement’s Article 6, clear implementation plans for carbon pricing, and strong and credible emission reduction targets foster the way towards a new generation of carbon markets that is open to linking on a bilateral, regional or even global scale.

The transition towards a post-Paris carbon market is likely to be built on a growing network of local carbon markets, using a range of different forms of linking coupled with an overarching international architecture. The METRIC guidelines can be helpful in facilitating these ‘carbon network’ pilots. But ultimately, it requires the actions of governments and the private sector to push towards a universal definition of carbon units, their exchange mechanisms, and the design of local carbon markets that allow for linking to achieve the major reductions in greenhouse gas emissions needed to keep global warming below 2°C.
Topics
Climate Change
Countries
China
France
Mexico
Morocco
Regions
The World Region Engagement Manager and head of the US office at Vivid Economics