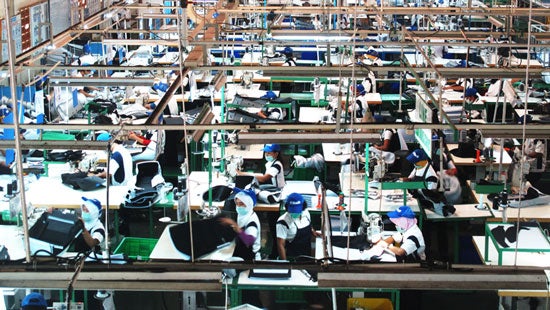 What goes up must come down.

The end of the commodities boom is a wake-up call for Indonesia, as the reversal in economic transformation has adversely impacted employment growth in recent years. How can Indonesia continue to create jobs for its growing labor force?

Jobs in manufacturing and services offer a solution, as historical patterns of job creation have shown.

In the past 20 years (excluding the economic crisis of 1997-1999), manufacturing and services have been important sources of job creation, while employment in agriculture continues to decline. From 1990 to 2015, jobs in agriculture fell to 34% from 56% of all employment, while service sector work has surged to 53% from 34%, and manufacturing jobs have increased from 10% to 13%.

The growth of the services sector, in particular, has been extraordinary, growing at a rate higher than the average GDP in the past decade – offering great prospects for job seekers and the economy.

Between 2001 and 2015, some 22.2 million out of 23.8 million new jobs were service sector jobs. The manufacturing industry gained 3.2 million jobs, while agriculture and mining lost 1.6 million jobs.

Moreover, high-end services such as finance, transport, storage and communication, are becoming more important in supporting other sectors of the economy. Most of the 16 million jobs supporting the manufacturing exports industry come from the services sector, recent reseach by the World Bank has shown.

The services sector offers opportunities in particular to women and youth. Most female employment in the post-2007 period was created in the services sector.  Women filled some 12 million of the nearly 31 million jobs created during the period 1993 to 2015.

Meanwhile, young workers aged 15 to 24 have been leaving agriculture for the services sector. Youth employment elasticities (employment growth for every one percentage point of output growth) are only strong in mining and some services sub-sectors, namely construction, wholesale, hotels and restaurants, finance and other business services.

The same research reports that the services sector is a more reliable source of employment, creating jobs through different periods of time and across regions.

This could indicate increasing labor productivity growth in the more economically active western regions of Indonesia, but increases in employment elasticities in the eastern regions are also partly driven by sharp increases in employment elasticities in selected sectors: agriculture in Papua, mining in Maluku, utilities in Kalimantan, and finance and social services in all three regions.

Policy makers will need to ensure that workers’ skills continually improve, so that they can support this shift towards high-productivity sectors. Skills-mismatches need to be addressed, and the private sector can also contribute by training and upgrading their workers’ skills. Lastly, health-care policy should address the high incidence of stunting in Indonesia; some 37 percent of Indonesian children under the age of 5 suffers from stunting, which impacts brain development and hence future potential for higher education.

Following through on these steps will transform Indonesia into a knowledge-based economy and enable higher growth and stronger competitiveness in the global market.