The earthquake that changed the world forever 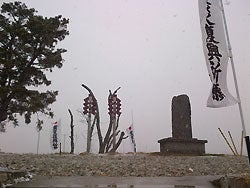 The Japanese phrase “Shikata ga nai (仕方がない)  -loosely translated as "it can't be helped" -captures the essence of the resilience and sense of duty towards one’s community that the Japanese people displayed in the aftermath of the Great East Japan Earthquake and Tsunami. One of the initial images that captured this spirit after the horrific events of March 11 was that of the unsung shop assistants rushing to stop items from falling off shelves instead of running to save their lives.

Visiting the Sendai area in January this year, this resilience is still prominently on display on the north-east coast in city after city that was ravaged by the earthquake and tsunami. One is witness to almost unbearable scenes of poignancy and tragedy: the small makeshift memorial in front of the Ishinomaki Okawa Public Elementary School where 74 children and 10 teachers were washed away, taking shelter in their school, miles inland, thinking they would be safe there.

But we are also witness to heroic stories of courage, selflessness and doing the right thing: In what has been described as the miracle of Kamaishi, 99.8 percent of school-children survived the tsunami in the small coastal town of Kamaishi in the prefecture of Iwate. This was a result of the efforts of Toshitaka Katada, who since 2006 has been working with school authorities to incorporate some simple principles of saving lives during a tsunami which included each child making their own personal tsunami evacuation maps, which contained their houses, their route to school and the evacuation areas. On the maps they wrote things such as: when an earthquake strikes, act immediately; go to a high place; don't feel safe just because you are far from the sea, as tsunami can flow up rivers and reach low-lying inland areas; and once you've reached high ground, don't go back down to lower areas.

On this first anniversary of the Great Tohoku earthquake and tsunami, here’s the headline you never read (but should have): “Japan’s careful and thorough investments in seismic safety and tsunami early warning saved hundreds of thousands of lives.” A magnitude 9 earthquake hitting almost any other country of other world would have had far more catastrophic consequences. The legendary Shinkansen bullet trains were brought to a halt seconds before the damaging secondary (“S”) waves of the earthquake hit. The high rise buildings in Sendai city with state-of-the art base isolation construction were unaffected by the powerful quake.

The March 11 earthquake changed the world quite literally: the power of the temblor shortened Earth's day by just over one-millionth of a second (1.8 microseconds to be exact), according to NASA. It also shifted the Earth's axis by about 6.5 inches and appears to have moved the main island of Japan by 8 feet (2.4 meters).

But the world also changed in a more subtle way: The Great East Japan Earthquake was an exercise in humility. We live in a world that is inherently uncertain and unpredictable. The consequences of our assumptions being wrong must always be factored into our policy choices-whether it is getting the balance right between structural and non-structural measures, recognizing the residual risk always inherent for all disasters and hence the need to invest in emergency preparedness and response, or the need to invest in robust design of infrastructure-one that performs well under a wide range of scenarios.

A team led by the World Bank Institute (along with the Global Facility for Disaster Reduction and Recovery -GFDRR- and the East Asia Disaster Risk Management team) is partnering with the Government of Japan to distill the lessons learnt from Sendai into a series of knowledge notes which will be further distilled into a background paper for dignitaries attending the Sendai Conference on Mainstreaming Disaster Risk Management into Development, just before the Annual Meetings of the World Bank and IMF in Tokyo in October this year.

We pay tribute today to the brave men and women of Japan and remember those who were lost a year ago today. And we promise that their loss was not in vain- as lives, families and communities are rebuilt in Sendai, Kamaishi , Ishinomaki and countless other towns and cities along the beautiful coast of Japan , we will work tirelessly to learn, document, share widely and mainstream  the lessons learnt in our work. Thanks Abhas for an inspiring article. I am glad there is an effort to analyzed the lessons learnt and to share with others. There is certainly a lot to learn so that we can all improve our approaches to work with communities and government and to provide the most sensible recommendations and strategies. Regards, Fouad.