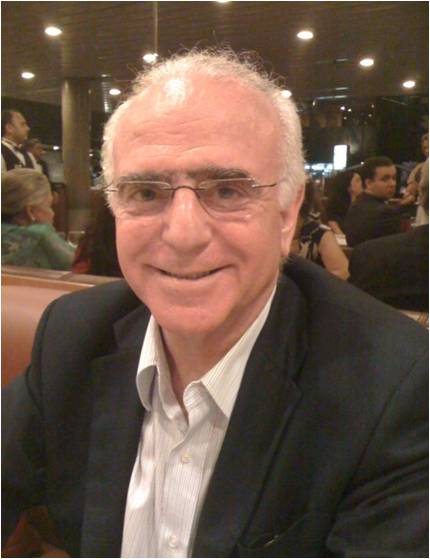 In an age of cynicism about politics, it is bittersweet this week to reflect on the life and legacy of Brazil’s former minister of education, Paulo Renato Souza.  Paulo Renato died on June 25 of a massive stroke, at the far too young age of 65.  It is a shock that all of us who knew and loved him will need a long time to overcome.

His imprint on Brazilian education cannot be exaggerated.   As someone said this week:  “The history of education in Brazil has two parts: before Paulo Renato and after Paulo Renato.”   For those of us who knew Brazil before,  Paulo Renato’s eight year tenure as Minister of Education under President Fernando Henrique Cardoso from 1994-2002 was an eye-opening introduction into the potential  for a single individual at the right moment in history to create political room for maneuver where previously there was none.   Topics that had been “on the table” only in World Bank reports – such as the deep inequalities in education finance in Brazil, or the complete lack of student learning assessment – suddenly  were tackled with sweeping, full-frontal reforms.

What Paulo Renato himself called the “managed revolution” of Brazilian education began when the federal ministry of education under his leadership assumed critical normative functions that had previously gone unfilled: equalizing funding across regions, states and municipalities; measuring the learning of all children on a common yardstick; and protecting the educational opportunity of students from poor families with one of the earliest conditional cash transfer programs (Bolsa Escola).   He came to office with the skills of an analytical economist; a clear eyed view of what needed to be done; the ability to inspire deeply dedicated teamwork from high-talent staff; and the political nose to sell programs and maintain the trust of President Cardoso as he pushed Brazilian education into a radically new era.   In 1999, for example, he persuaded Cardoso to let Brazil join the OECD’s PISA international student assessments, but he told me that “before I did, I went to the President and said you need to be prepared for the fact that Brazil will finish at the bottom of all the countries and it will be a national embarrassment….But it will give us the evidence we need to convince the public that the system has to change.”

His tenure offers many lessons on the politics of reform.  He never used one single model or strategy – he flexibly innovated new ones.  The 1997 FUNDEF reform in one fell swoop equalized primary education funding per-student across more than 5,000 state and municipal school systems.  Developed by the crack team of technical experts he assembled at the Ministry, the FUNDEF was so radical that he subsequently confessed his only political strategy was to try to speed it through Congress as a “stealth reform” before anyone could fully understand its redistributive implications.

His focus on student assessment was in fact a tactical move in itself.  After years of gridlock over the impossibility of establishing a national curriculum in a country as diverse as Brazil, Paulo Renato  dropped that fight and concentrated instead on putting in place a world-class national student assessment system (SAEB), grounded in 21st century literacy, numeracy and thinking skills.  His instinct was right – states and municipalities quickly started orienting their curricula to the test – and in this case, moved content in a forward-thinking direction.   He went on from there to tackle higher education quality with “the Provao” (super-exam), creating exit exams for different university disciplines that were anonymous and no-stakes for individual graduates, but which exposed exactly how much (or how little) graduating students from different universities knew.  This remains one of the most transparent systems of higher education quality assessment in the world, and research has demonstrated that Provao results affect application rates to different university programs – and, consequently, create pressures from within to improve university quality.   It was hugely controversial, but with typical panache, Paulo Renato went on MTV to sell it and described it later as a “cat fight” with vocal university students.

He launched the first program of school-level grants  – and a 1-800 hotline number for parents to report directly to the Ministry that school books had not arrived, or teachers were absent .   He never shrank from going out to explain what he was trying to do – or to listen to the feedback from teachers, parents and students.  He said his first act as Minister was to raise the budget for communications 1,000 percent!   In retrospect, what linked all of his reform efforts was a single-minded focus on getting schools the resources they needed for quality --- and making them transparently accountable for results.  His achievement was an eight year tenure that rebuilt Brazilian education on wholly new foundations, in a land where ministers of education previously had a half life of less than one year and existed mainly to dole out patronage spoils to local mayors and deputies.

Since I had worked on Brazil “pre-Paulo Renato,”  I met him only in the late 1990s, when the World Bank’s Education Sector Manager, Robin Horn, brought him to the Bank for a speech.  I was so impressed by his story of the FUNDEF reform that I commissioned a Harvard Business school-type case on it – which is still used to this day at Harvard’s Graduate School of Education.  We lost touch until a few years later, after he had left office, when I invited him to speak at a World Bank Annual Meetings seminar in 2003.  What he told me years later was something I will always remember:  “When I was out of office, you were the only one who kept in touch with me and invited me to work on things.”   For me, it was very simple; I was genuinely awe-struck by his education reform accomplishments.  For him, it signaled how highly he prized loyalty.   I was struck that his son’s eulogy this week mentioned the two highest values he learned from his father were honesty and loyalty.

Paulo Renato subsequently was elected as a federal deputy, and while many of us on the sidelines thought that the tall, warm, articulate politician with an incredible track record of national achievement would be a natural to rise to his PSDB party’s top ranks, it was not to happen.  Another Cardoso minister, Jose Serra, got the nod.  In 2009, while Serra served as Governor of Sao Paulo, he pressed  Paulo Renato  back into service as State Secretary of Education.  I was thrilled to have my first chance actually to work with Paulo Renato.

And I was not disappointed.  His 18 months running the Sao Paulo state system were as full of innovation as his tenure as minister.  A new career path reform – providing 100%-200% base pay increases to teachers who passed tough tests of content mastery (Prova de Promocao) to try to attract a new breed of candidate into teaching…. Eliminating from the classroom any teacher who could not pass a minimum test of content mastery…. New standards for recruitment of school directors… Bonus pay for schools that achieved improvements in learning outcomes and graduation rates… and, one of the last things he launched, an innovative voucher for high school students to study foreign languages in the public or private institute of their choice.  In a city like Sao Paulo, he reasoned, where Berlitz-style institutes catering to business demand are abundant, why should the state hire second rate teachers to try to teach foreign languages?  Parents and students loved the voucher, which students could use on their own schedule.

He jumped at my proposal to collaborate on rigorous impact evaluations of these reforms.  I remember a meeting in his office last September when Rio PUC University professor Claudio Ferraz and I presented our initial results on the Prova de Promocao; by mapping teachers’ own test scores on the competency exams onto the classroom-level test scores of the students they taught the previous year, we found these teachers were more effective in raising their students’ learning.  Paulo Renato, typically, pored over the data with us and loaded the files into his computer.  As we left, Claudio said admiringly – “how many times do you get to talk about regressions with a Secretary of Education?”

But that was Paulo Renato.   A well-trained economist, he always had his laptop in meetings, and immediately crunched or accessed the numbers to respond to any question.  He wrote his own powerpoint presentations.  He would tell me, “Barbara, you need to see this, or that data”, and the promised materials were emailed before I left his office.  He encircled himself with Brazil’s most talented economists and educators and they went on to do great things on their own.

I last saw him in May, when I passed through Sao Paulo.  Even though his own party had won the governorship, he was not asked to stay on.  From my standpoint, this was a terrible loss of continuity and innovation.  Indeed, Paulo Renato told me that the voucher program was being dropped, under pressure from the teachers’ union.  I said, “That’s so depressing – even in the face of evidence that parents and students love the program!”  He replied – “You’re depressed – how do you think I feel!”  But then came his big warm laugh and outstretched hands:  “But what can you do?  That’s politics.”

Paulo Renato was admired, deeply, for what he accomplished, but loved for his ability to keep it all in perspective.  I realized this week that during his eight years as Minister he was in his early 50s.  His kids – grown up today (and successful economists) – must have been teenagers.   Even through years of incredible work and leadership, he had a life of family and friends beyond the walls of the Ministry of Education.

That’s why it seems so fitting that the very last time I saw him was two days after our political commiseration.  I was in a Sao Paulo restaurant for lunch with friends and looked up to see him smiling at me from two tables away, surrounded by his family.  I immediately went over and he introduced me to his children and three delightful grandchildren, who started showing me their drawings and practicing English with me.  As we said goodbye, the smallest boy jumped with glee into the arms of the man who did so much for all of Brazil’s children.

Barbara Bruns is the World Bank’s Lead Education Economist for Latin American and the Caribbean, and co-author, with David Evans and Javier Luque, of the forthcoming book  Achieving World Class Education in Brazil: The Next Agenda. Barbara - it's been much too long - hope you are thriving. My work has taken me to Brazil heavily the past couple of years - I'm heading back down for a couple of weeks tomorrow - let's catch up