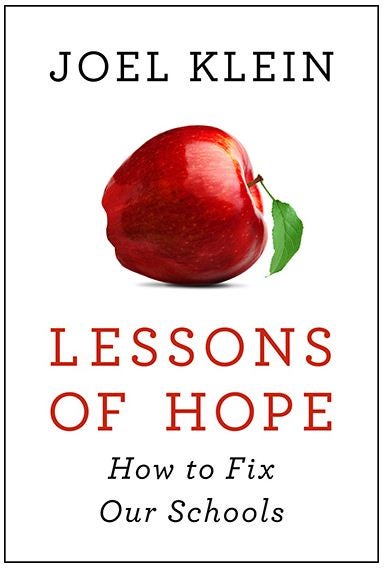 Imagine a situation where: there are low graduation rates; violence spills into the schools; where most students are poorly educated; where there is growing inequality; students are passed from grade to grade even if they don’t learn; and there are unemployed graduates – yet skilled jobs go unfilled.  Imagine a school system ruled by a government-run monopoly dominated by vested and political interests.  There is no accountability – nobody is held responsible for results.  There is little information or data available with which to manage the system.

And it is the education system that former chancellor of the New York City schools, Joel Klein, describes in his new book, Lessons of Hope: How to Fix Our Schools, which he presented at the World Bank Live event, chaired by Education Senior Director, Claudia Costin.  I had the privilege of being Mr. Klein’s discussant.


In 2002, New York City’s newly elected mayor, Michael Bloomberg, took over control of the city’s school system as a way of improving performance.  Bloomberg’s appointment of a lawyer from outside the education system to lead the campaign to improve New York City’s schools was seen as controversial, to say the least.

He was already famous as former U.S. assistant attorney general in charge of the Antitrust Division of the U.S. Department of Justice and then deputy White House Counsel during the Clinton administration.  There he took on Microsoft in a bitter legal battle.

As chancellor, Klein focused on enhancing accountability and eliminating political favoritism.  His efforts resulted in more school choice, higher graduation rates, and improved test scores.  He emphasized the role of great teachers.
The school system in New York City was governed by a government-run monopoly, dominated by unions and political interests.  There was little accountability to hold anyone responsible for poor results.  There was little information or data with which to manage the system.  In fact, Klein had to hire McKinsey & Co. to collect basic data on schools.

Klein’s path towards a city of great schools is what we would call the systems approach, or SABER. The Systems Approach for Better Education Results (SABER) is an initiative to produce comparative data and knowledge on education policies and institutions, with the aim of helping countries systematically strengthen their education systems. SABER evaluates the quality of education policies against evidence-based global standards, using new diagnostic tools and detailed policy data collected for the initiative.  Klein emphasized  accountability, autonomy, assessment, and great teachers.  Add to that early childhood development and attention to culture and you have SABER, or our 3 A’s-plus.

The New York City model also included a large dose of choice and fairness.  To create a better and fair system of student allocation while promoting choice, he worked with Alvin Roth, Nobel Prize winner in economics in 2012, to design the market to match New York City public school students to high schools as incoming freshmen. Previously, the school district had students mail in a list of their preferred schools in rank order, then mailed a photocopy of that list to each of the five schools.  As a result, schools could tell whether or not students had listed them as their first choice.  This meant that some students really had a choice of one school, rather than five.  It also meant that students had an incentive to hide their true preferences.  Roth and his colleagues proposed a fairer measure that became the method of selection for New York City public school students.

Klein was a big supporter of choice and excellence.  This meant that New York City was an avid supporter of charter schools and convinced the best to expand – eg, KIPP, Harlem Children’s Zone, etc.

Along with great teachers, Klein believed that principal leadership is key to improving results and instilling a culture of success.  He took action to make this happen in New York City.  An example of this is the Leadership Academy, which was tasked with preparing school leaders.  He even got the legendary Jack Welch the famous former chairman and CEO of General Electric to speak to the principals.

Lessons of Hope is a refreshingly honest and at times self-critical exposition.  A good example is the reference to the so-called “reading wars” – phonics versus whole language – which he got caught up in.  He says, “…our “balanced literacy” approach wasn’t all that balanced.”

In a controversial and political field, he remained focused on the task at hand, getting better education to children.  For this, his conviction led him to support No Child Left Behind.  But he also embraced community leaders (such as Al Sharpton) and tried to understand his critics (such as Diane Ravitch), and he tried to work with the unions.  He benefited from working with his former “enemies,” eg, Bill Gates, who supported many of his initiatives.  The irony there is not lost on Klein.

Klein recounts the touching story of a man who comes to see him.  He is proud that his daughter is in a good school.  He also tells Klein that she is teaching him to read. This leads Klein to the realization that for the people who can’t read to their children, who can’t afford private schools or tutoring, then public schools are all they have, and these schools need to be better.

Joel Klein was ahead of his time.  He was an early supporter of accountability, as well as standards, standard curriculum or common curriculum.  And for a lawyer, and political appointment, who was busy running a school system, he was also evidence-based.  He relied on research and data, and wasn’t afraid to hold himself up to high standards (eg, research by Roland Fryer).  Through support from the Gates Foundation, he established many small high schools in New York City.  While this policy is no longer supported by Gates and may not have worked overall, there is evidence that it did provide positive benefits in New York City .  During his tenure New York City also embraced the idea of letter grades for schools.  These have been shown in rigorous research to lead to better outcomes.

Klein sums up his experience in New York with the statement: “The forces protecting the old status quo of no accountability, no choice, and no innovation had not been defeated, but they were in retreat.”  He concludes by arguing that it is possible to do better for every child every day.  He believes this is attainable.  It has to be.  Not just for the children of New York City.  But for children everywhere.  That is the universal lesson of the New York City school experience.

A very inspiring article Harry. Good early childhood education, holding everybody accountable and bringing in good leaders such as Jack Welsh to provide leadership suggests the head of education had a small ego but a big commitment to the collective good. This is a good story and should reach as many educationists as possible. In these times we need to provide stories of hope and success to inspire education development.

Thank you for the comment. I agree with your views. Leadership is key. As is building the a good and supportive system. But key are the efforts of school heads, teachers, students and their families. I am always on the lookout for inspirational stories.