When an exclamation point is warranted 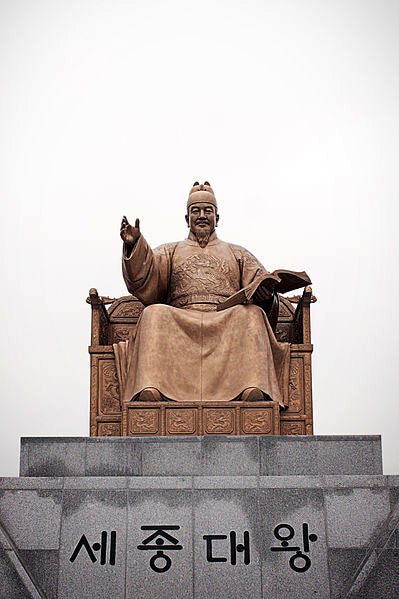 At the High-Level Forum on aid effectiveness (known as HLF4) a few weeks ago in Busan, South Korea, I had the pleasure of participating in a panel on education and aid. Unlike the HLF4 plenaries, our session didn’t involve Hillary Clinton or Tony Blair or Ban Ki-Moon, nor did we help to hammer out the Busan outcome documents. But what we saw in our panel on aid for education, and in the one-day pre-conference that informed it, was very encouraging: it showed how Korea’s lessons about student learning are influencing international education policy.

The event had been given the title “Dream with Education!” by our hosts in the Korean government. The exclamation point may seem over-exuberant, but in the Korean context, it’s not. Korea’s universal high-quality basic education and high rates of participation in higher education have helped it achieve development that would have exceeded any dreams fifty years ago, when rapid growth started. Between 1960 and 2001, Korea’s economy grew at an average of more than 7% per year. Equally important, Korea has achieved rapid progress in many other areas of life, from technological to social to political. While the country’s success has brought new challenges, as a recent Economist article pointed out, its ascent to this point has been remarkable.

I’ve enjoyed watching this progress over the past quarter-century, personally as well as professionally. My first job as a fresh college graduate was as a researcher and speechwriter at the country’s leading think tank, the Korea Development Institute. Upon moving to Seoul, I was struck immediately by two major contrasts with Mexico and Latin America, the country and region I knew best. First, it was obvious that (as income and human development statistics attested) the first decades of rapid growth in Korea had been widely shared throughout society. I could see this in the relative prosperity of the rural areas, which clearly benefitted from good infrastructure; in the near-absence of slums in urban areas; and, less tangibly, in the many signs of strong social capital, such as a lack of violent crime.  Second, people I talked to evinced an ardent faith in education as the most reliable vehicle for personal and social progress. This faith was personified for me by the daughter of a close friend:  although still a 10th-grader, this young woman studied past midnight each night in preparation for the university entrance exams that she would take in 12th grade, and her parents had exempted her from all household chores to help in the preparation.

How much of Korea’s shared growth and development in recent decades is really owed to all its investment in education? Quite a bit, say most growth experts. For example, in its 2008 examination of the postwar economic growth experiences of Korea and a dozen other high performers, the World Bank's Growth Commission, led by Nobel laureate Michael Spence, concludes that impressive rates of investment in education were an essential ingredient. Education “crowds in” private investment by raising returns to private ventures, said the commissioners. Paul Romer, a leading growth theorist, emphasizes that education investments have helped rapid growers like Korea to get something of a free lunch, by giving them the ability to make use of the worldwide stock of knowledge that already exists in the advanced countries.

What’s most important about Korea’s fervor for education is that it has borne real fruit in terms of student learning.  Investment in education yields little benefit if students don’t acquire the knowledge and skills they need for their lives and livelihoods. And in too many countries, this is exactly what is happening: more schooling, but too little learning.  At last spring’s launch of the IFC/IsDB Education for Employment (e4e) initiative, Queen Rania of Jordan spoke eloquently about what has happened as education has raised expectations in Middle East and North Africa without providing enough job-relevant skills to graduates.By contrast, Korea’s students have consistently shown that they are acquiring real knowledge. The most recent evidence is from the OECD’s PISA 2009 international assessment, on which Korean students scored near the top globally in reading, math, and science. While all such tests have limitations, PISA is considered to be quite good at measuring students' mastery of cognitive skills and their ability to apply these skills.

A call to focus on Learning for All is the central theme of the Bank’s new education strategy, summarized in this short video. (The strategy website has links to summaries in seven languages and the video in three languages, so send them to all your international friends with your holiday cards!) In the extensive global consultations that informed the strategy, our team found that the message resonated and that other partners were also raising similar issues.

This brings me back to what was so encouraging in Busan: seeing how the lessons about student learning from Korea and other countries are influencing international support for education. All of the panelists at our session—leaders from Korea, UNESCO, the OECD, the Global Partnership for Education, and ADEA, as well as Queen Rania—echoed the message that real education requires not just high levels of schooling, but high levels of learning. Because the international community has been so focused over the past decade on getting children into school and meeting the education MDGs, this ability now to incorporate the goal of learning for all is heartening.

Heartening, though not really new. Korea’s King Sejong seems to have understood the importance of learning, back in the 15th century. I’ve always found the king’s status in Korea to be wonderfully symbolic of the importance that Koreans place on learning. King Sejong is one of the country’s great heroes, but he is revered not primarily for his military conquests, but for his efforts to conquer illiteracy.  Before his time, only those who could spend years memorizing thousands of Chinese characters could become literate—which limited education to the better-off segments of society. The king ordered his scientific advisors to create the very easy-to-learn phonetic hangul script and thereby make reading accessible to ordinary people. (How easy?  A friend taught me the alphabet years ago during a two-hour layover in Dusseldorf.) In understanding how much the health of a society depended on widespread learning, the king was ahead of his time. It’s encouraging that we’re starting to catch up. Thanks very much for your comment, Jaehoon. There are certainly some challenges facing the Korean education system, including how to reduce the psychological and financial costs of the "examination hell" that drives much of the investment in education. (Another Economist article in mid-December highlighted these problems, in fact: http://www.economist.com/node/21541713) It's laudable that the Korean government and society are trying to address them. My point in this post was not to discourage this kind of self-reflection and problem-solving, but to step back and take the long view for a moment. When we do, we see that Korea provides an excellent example of the developmental effects of widely shared education and learning.

Hi, I'm Jaehoon Lee living in Seoul, Korea. I enjoyed your writing. Thank you. I really impressed by your deep understanding our character and its meaning, as well as King Sejong. Even though our education system has some problems actually, as you mentioned, I cannot deny its role for Korea's economic growth. And I hope your writing can have some implications for developing countries so that they can achieve their own prosperity. Thank you again. I hope you blog for further good themes.