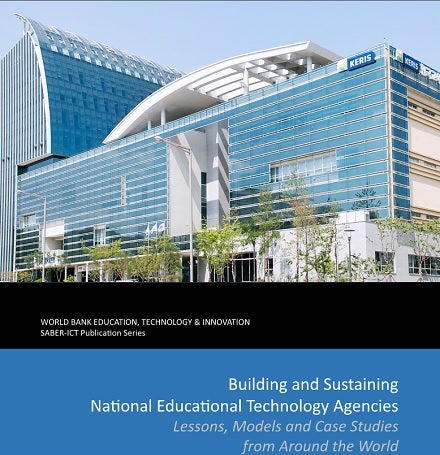 For over a decade, the World Bank and the Government of Korea have enjoyed a strong strategic partnership exploring a wide range of issues related to the use of information and communications technologies (ICT) in education around the world.

One high profile activity under this partnership is the annual Global Symposium on ICT use in Education (GSIE), which has helped to establish Korea as a global hub for insight, knowledge sharing and networking for high level government officials, practitioners and experts around topics related to the use of new technologies in education.

GSIE organizers planned from the beginning to support knowledge exchanges around a few ‘evergreen’ general topics (e.g. like the use of new technologies to support teachers; monitoring and evaluation; and digital competencies for learners) in which KERIS, Korea’s national educational technology agency, has notable experience and expertise.

As it happened, people responsible for starting, leading and/or overseeing national institutions in their countries which performed similar sorts of functions to that of KERIS increasingly made the trek to Korea to participate in the GSIE (as they are doing this week), sharing information and insights with their counterparts about national institutions emerging in countries around the world to help introduce, support, fund, share information about, and evaluate the use of ICTs in education at a large scale.

A new World Bank publication, Building and sustaining national educational technology agencies: Lessons, models and case studies from around the world, attempts to document, analyze and take stock of this phenomenon:

It is hoped that sharing this information publicly may help to catalyze interest in documenting and exploring the experiences of such national educational technology agencies, which play increasingly key roles in activities that are growing in strategic importance (and cost!) in many countries, but which have to date been the subject of little critical and academic interest outside their host countries.


You may also be interested in the following posts from the World Bank’s EduTech blog (some of which served as rough drafts for material that was eventually included in this book):