Education and Technology in an Age of Pandemics 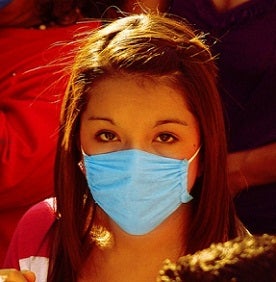 For some people in other parts of the world, it was the picture of two top Mexican futbol teams playing earlier this week in an empty Estadio Azteca (one of the world's largest capacity stadiums) that made clear the severity of the current swine flu outbreak.  While the sporting passions of the 100,000 missing spectators could presumably satisfied by watching the game on TV, it was less clear how to immediately satisfy the learning needs of over seven million students who were sent home after their schools were ordered closed.

Many educational reformers have long held out hope that computers and other information and computer technologies (ICTs) can play crucial and integral roles in bringing about long-needed changes to education systems.  Indeed, many see the introduction of ICTs in schools as a sort of Trojan horse, out of which educational reform and innovation can spring once inside the walls of the traditional (conservative) education establishment. While not denying the potentially transformational impact of ICT use to help meet a wide variety of educational objectives, history has shown that bringing about positive disruptive change isn't achieved by simply flooding schools with computers and related ICTs.

As a result of swine flu, many Mexican schools are experiencing quick, disruptive change of a different sort right now.  How might technology be relevant in cases like this?  Given the status quo, the use of technology in schools isn't enough to bring about systemic change.  But: How might ICTs be useful, even transformational, when this status quo is severely disrupted by some other exogenous factor ... like a pandemic disease outbreak?

While it is certainly too soon to say anything about what type of answers the current crisis in Mexico might provide to such a question, there is another place we can look for clues to possible answers. Like Mexico (through its Telesecundaria program), China has a long history of using educational television for a variety (pdf) of purposes.  And like Mexico, China recently was faced with another swift and large-scale disease outbreak that closed schools: SARS.

When the magnitude of the SARS epidemic became widely acknowledged, China Educational TV, through its 'Classroom on the Air' program, moved quickly to help fill some of the void.  While perhaps not transformational, initiatives like Classroom on the Air did provide a large-scale, short-term substitute for students (and their parents) looking to continue their education while confined to their home during the outbreak.

As Robert Fox relates in his short paper on the SARS epidemic: Teachers’ experiences using ICTs, pockets of more transformational uses of ICT occurred in Hong Kong, where computer use at home, and access to the Internet, was much more widespread than in the rest of China.  But even where transformational uses of ICTs were employed successfully by some individual teachers, many more found that a reliance on ICT-centric teaching and learning styles left them frustrated, and less convinced of the value of ICTs in the education process than they had been before.

As the rising incomes and affordable air travel continue to hasten the movement of hundreds of millions of people (and viruses) around the world more quickly than ever before, we will most likely see many more future outbreaks of disease that threaten and disruptive normal life.  Students and education systems will unfortunately be on the front line of many such outbreaks, and it is in such circumstances that the usefulness, and potential transformative power, of ICTs in the teaching and learning process will be put to their real test.

(image at the top of this posting used according to the terms of its Creative Commons license; image courtesy of Edgar Antonio Villaseñor González via Flickr)