Bangladesh: Building resilience in the eye of the storm (Part 3/3) 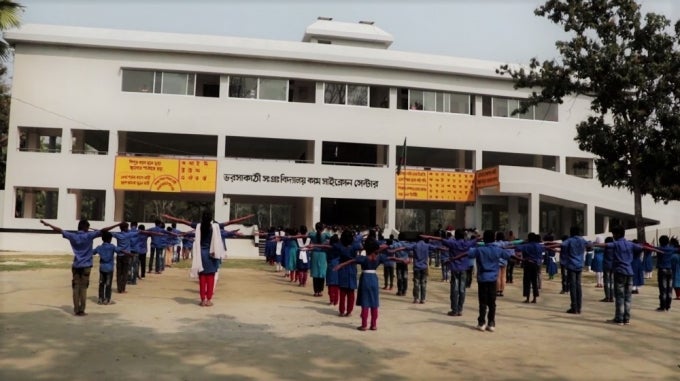 This is the third of a three-part series, Resilience in the of the Eye of the Storm, on how Bangladesh has become a leader in coastal resilience.

Over the years, Bangladesh has taken major strides to reduce the vulnerability of its people to disasters and climate change. And today, the country is at the forefront in managing disaster risks and building coastal resilience.

Let’s compare the impact of the Bhola Cyclone of 1970 to the far stronger Cyclone Sidr in 2007. The 1970 cyclone was then the deadliest in Bangladesh’s history, and one of the 10 deadliest natural disasters on record. Official documents indicate that over 300,000 lives were lost, and many believe the actual numbers could be far higher.

By contrast, Sidr was the strongest cyclone to ever make landfall in Bangladesh. This time, fewer than 3,500 people lost their lives. While tragic, this represents about 1% of the lives lost in 1970 or 3% of the nearly 140,000 lost lives in the 1991 cyclone.

The cyclones of 1970 and 1991 were unprecedented in scale. Yet, they steered the country into action.

Bangladesh shifted from a response and relief approach to disaster risk reduction, which made a transformative impact to help minimize the loss of lives.

The most important example of protective infrastructure is a network of disaster shelters along the coast of Bangladesh, which has proved critical in reducing the number of deaths caused by cyclones. The single largest program for disaster shelters in the country is the World Bank-financed Multipurpose Disaster Shelter Project (MDSP).

MDSP is helping to reduce the vulnerability of the coastal population in Bangladesh to natural disasters through 556 new shelters, 450 rehabilitated shelters, and about 550 kilometers of new rural roads to serve the communities and improve access to shelters. MDSP is also supporting community-based early warning initiatives.

The disaster shelters are multi-purpose in a simple, yet innovative way. They serve as primary schools throughout the year. They also function as community centers.

The shelters are fitted with solar panels and rainwater-harvesting devices. They provide universal access to better accommodate the needs of people with disabilities and the elderly, and include separate rooms for nursing mothers. The facilities also offer a separate floor for livestock. These examples of disaster-inclusive protection are closely in line with the Sendai Framework for Disaster Risk Reduction principles for broader and people-centered approach for efficient and effective risk reduction.

Considering the remote, geographically dispersed locations of the disaster shelters, modern and effective information communication technologies have been embedded in the project design. During the construction phase, simple mobile devices provide a geo-referenced real time snapshot of project implementation. Such tools have been highly effective in enabling systematic monitoring and supervision of construction work progress and safeguards issues. This is, of course, in addition to the regular on-site monitoring of implementation progress.

Overall, these innovations incorporate lessons learnt from the Emergency 2007 Cyclone Recovery and Restoration Project (ECRRP). Upon the completion of both World Bank-financed projects, more than 2 million people will have access to multipurpose disaster shelters. The disaster shelters have proven their value several times already: in 2013 when Cyclone Mahasen required the evacuation of 1 million people in 24 hours, and most recently in May 2017 during Cyclone Mora.

In the last 200 years, tropical storms have claimed about two million lives globally and injured many more.

As such, in a world of changing weather patterns with an increasing frequency and intensity of hazards, the lessons learned from Bangladesh’s remarkable success of its coastal communities are critical to inform other countries.

On my most recent visit to a remote coastal community in Bangladesh, what I remember most are the children I met at the primary school doubling up as a multipurpose disaster shelter, which gave me hope for the future. Perhaps, from these classrooms, where children are living with disasters, will the next transformative innovation of disaster risk management be born.

ECRRP, CEIP Phase I, and MDSP are projects financed by the World Bank—with grant support from the Global Facility for Disaster Reduction and Recovery (GFDRR), the Bangladesh Climate Change Resilience Fund, and the Pilot Program for Climate Resilience—aim to increase the resiliency of vulnerable communities to future disasters and achieve the twin goals of boosting shared prosperity and eradicating extreme poverty.