Digital Libraries for the Poor 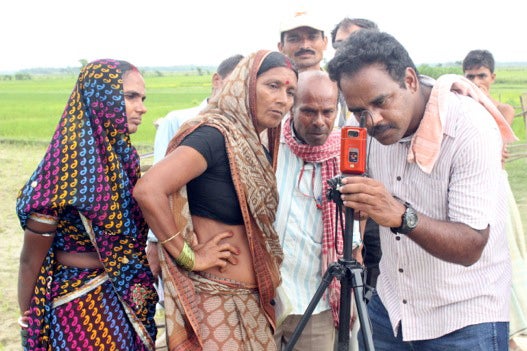 American Idol, a television show in the United States, has inspired thousands of people to make videos for stardom in music, dance, cooking and more. Can this phenomenon be applied in development? Digital Green, a non-profit, is doing exactly that by using a similar approach to improve agriculture development in South Asia and Sub-Saharan Africa. It uses participatory video as a medium to create star farmers and facilitates a rural library of digital videos providing decentralized and localized agriculture solutions to farmers, using the thrill of appearing "on video" to amplify the organization’s reach within their social networks.

Digital Green’s mission is to solve one of the intractable problems of the agriculture sector – lack of localized knowledge and extension services. For instance, in India alone, the agriculture extension system employs more than 100,000 people but very few access it (less than 6 percent), and only 40 percent get information from other sources. Tackling this information gap is critical to enhancing the livelihoods of small and marginal farmers in India, who have low productivity and constitute over 80 percent of India’s farmers. Digital Green is offering an innovative solution, and initial results are promising. 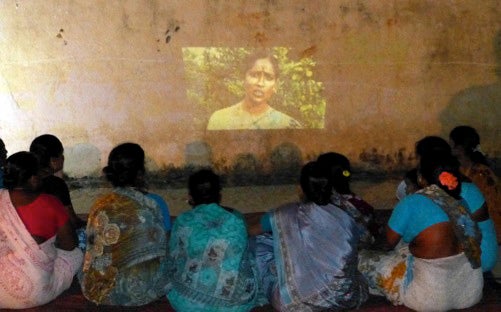 It all starts with the training of small content creation teams to work with portable battery-powered camcorders to create short videos (8-10 minutes long) highlighting both internal and external best practices. Video content typically consists of technical demonstrations customized after local experimentation, discussions, or success stories of best practices. After content generation, the existing social networks are used for dissemination for which Digital Green has forged partnerships with programs that serve rural communities such as National Rural Livelihoods Mission (NRLM), jointly supported by Government of India and the World Bank. The multi-layered community organizations facilitated under NRLM provide a dense social network to Digital Green, enabling exponential increases in the dissemination rates.

Since its inception, Digital Green has produced over 2,800 short videos of farmers, by farmers, for farmers. These have been shared among 150,000 farmers across 2,000 villages in India (1081 villages under NRLM), Ethiopia, Ghana, and Tanzania. The whole process from creation to dissemination is community-driven. Usually, a self-help group member from the community stores a digital library of video and other media at the village level. She also coordinates screenings with community groups, producer groups, and federations on timely and relevant topics such as seed treatment or planting methods. These screenings use a portable, battery-powered projector, which can store more than seventy films, and usually take place at common buildings. In addition, the organization has built a depository of all its videos online under its connect-online-connect-offline platform(COCO), also available on Youtube, providing the community digital librarians a large array of relevant videos.

Initial results have been promising: a controlled experiment in rural Karnataka showed a seven-fold increase in adoption compared to the traditional methodologies, and it was almost ten times more cost effective. Similar trends are being observed with NGO partners and NRLM. Preliminary data from the internal monitoring also suggests that adoption rates are almost 50 percent, much higher when compared with the traditional extension systems. In addition, these screenings have high female participation --71 percent of attendees are women. A rigorous randomized trial of this approach is also underway in Bihar and results are expected next year.

These results have given immense confidence that the partnership between NRLM and Digital Green has a very promising future (partnerships already exist in four states including Bihar and Andhra Pradesh). In a few years, NRLM plans to mobilize 70 million rural poor households into community groups and federations  across 600,000 villages in the country. Most of these poor households are small and marginal farmers making the partnership a win-win proposition for both. NRLM can use the Digital Green technology to disseminate information in a fast and cost-efficient manner, while Digital Green gets access to the biggest network of rural households in the world and can create a single-window system for all knowledge needs at the village level, which can be more efficient than farmer-field school model. Also, the use of Digital Green technology doesn’t stop at agriculture. It can be utilized for video-based training across multiple types of interventions such as financial inclusion, social mobilization, public health, nutrition as well as livestock and dairy production.

One of the great ironies of today’s world is that information is so easy to transmit but we continue to struggle to get valuable information to poor households. Looking ahead, the time is right to ask difficult questions. Maybe the current face-to-face extension system has run its course? Should technology play a bigger role in disseminating information to remote areas? There is no doubt that expansion of technology at a large scale would be challenging; however the Digital Green approach offers an innovative solution for faster and more accessible knowledge sharing. The world of technology is changing fast, very fast! But, are we adapting fast enough? Dear Santosh Kumar,
Thanks for your positive comment on this innovation helping the farmers to increase their incomes. I am conducting a study on this, and if you can share your contact details with me, I would like to know more from your experience and insight. Look forward to hearing from you. My email ID is: [email protected] and [email protected]. Ghanshyam Jethwa (www.linkedin.com/in/gjethwa).

indeed a welcome move..agricultural awareness needs to be created among farmers which consequently improves the quality of our production thereby boosting agricultural growth...govt should support this plan..

really this is very good work . so i want to add my techinical knowaldge in this work . i have 12 years Experience in IT field web and mobile app development. my email id : [email protected] and profile https://in.linkedin.com/in/rakesh-kumar-sharma-a4409410