Do you want to fight violence against women? Start by changing yourself 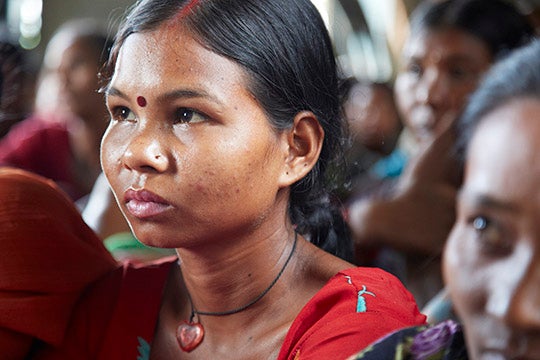 It was a Friday evening and the auditorium inside St. Xavier’s College in Kathmandu was packed with almost 300 people. Students, activists, experts from the government and civil society gathered inside the hall along with an eclectic panel comprising of a film celebrity, a lawyer activist, an IT entrepreneur and an INGO Head. They were all there to discuss one crucial issue - violence against women and girls.

The statistics are shocking. Nepal ranks 14th among the countries with the highest global prevalence of physical violence by intimate partner, according to a new World Bank report. A staggering 45 percent of Nepali women have reported suffering two or more types of sexual coercion in their lifetime and 20% of the abortions in Nepal each year are carried out by women who prefer a son to a daughter.

The gathering at St. Xavier’s talks in length about various aspects of why violence against women and girls occur and what is being done (or not) to combat it. A lot of topics come up from how a lot more infrastructure is needed to help survivors of violence to whether or not rape scenes in films influence people in real life. Does the advent of easily accessible internet help or hinder different forms of violence? Will over-cautioning girls prevent them from coming out of the house and how involved should men and boys be in the fight to combat gender-based violence? 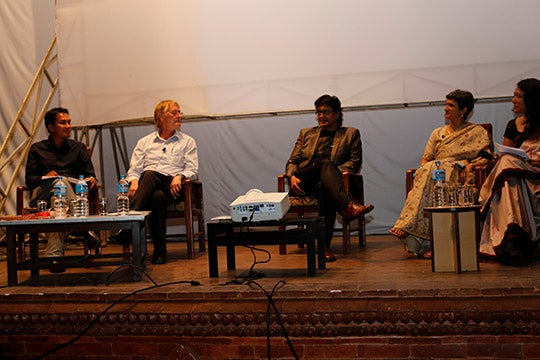 Truth be told, there is a lot of good work happening already. Initiatives like the Meena media campaign which focused on promoting positive role models for girls to One-stop Crisis Management Centers which aid survivors of violence.

Yet, the problem persists. Everyday newspapers splash stories of women and girls being raped, trafficked, beaten, and murdered. These headlines shock us, capture our attention, and maybe even motivate us to have a few heated debates about how perpetrators should be punished. Then we go back to our daily lives. But do we ever question how we ourselves are a part of a society which actively conserves norms and beliefs that breed such violence?

In a country where 23 percent of women believe that a husband is justified in beating his wife for burning his food, a rape scene in a film may be scandalous but a husband chastising his erring wife with a slap is cheered. We shake our heads in disapproval at the chhaupadi system and yet we still whisper when we utter words like ‘sex’, ‘menstruation’ and ‘rape’. When our own mothers and fathers taught us that girls who wear ‘inappropriate clothes’ get into trouble, why are we surprised when the policeman blames the victim of violence for her choice of attire?

We may wait for the government to change laws; we may applaud activists who fight to create this change, but will we speak up and take action when we see someone we know getting hurt? Ultimately, the change has to come from within us. It’s time we took a step in the right direction. Nice blog. Liked very much this focus on 'change yourself' peer group and civil society based efforts. Would love to hear more about examples of successful efforts of this kind and people who could advise us in this regard --- in the Bank, or outsude it.

Hi Shomik, Thank you so much for your comment. The report I mention in the blog (link here - http://www.worldbank.org/en/region/sar/brief/ending-gender-based-violen…) is full of such examples of successful interventions related to VAWG. Hope you find it useful.

If you people really want to know about such people in the society who are working effectively in this sector. Just inbox me at my email address.

Things happen in Africa far from the public view. I have a video of a lady decapitated in the bush.
My own sister was brutally murdered by the mob on May 22 this year, because somebody accused her of witchcraft!
Talking about violence against women

The is a great work. Bringing in light this problems and discussing solutions is very important.
I just wanted request the people who are doing to this all to keep it going and also at large scale and more at grass root lavel

HI Aki, thanks for your comments. I agree with you that its very important to work at the grassroots if we want to combat violence against women. Would love to hear more ideas from you.

When dealing with violence against women the very important factor which helps is making women skilled in such sector which are important for the growth of country like science medical etc. At this stage of development and growth every country and society needs manpower. This is the place where people forget about gander. They need manpower to keep there production or services on the top in the market. This can be used to improve the standers of women's in society. Rules such as certain % of employees in a company should me women's are needed to be made more strict and college and technical institutions only for women should be large in number and in each part of world.
And then everything will be ok......!!!
Be happy....!!!