Equal opportunity to women benefits all 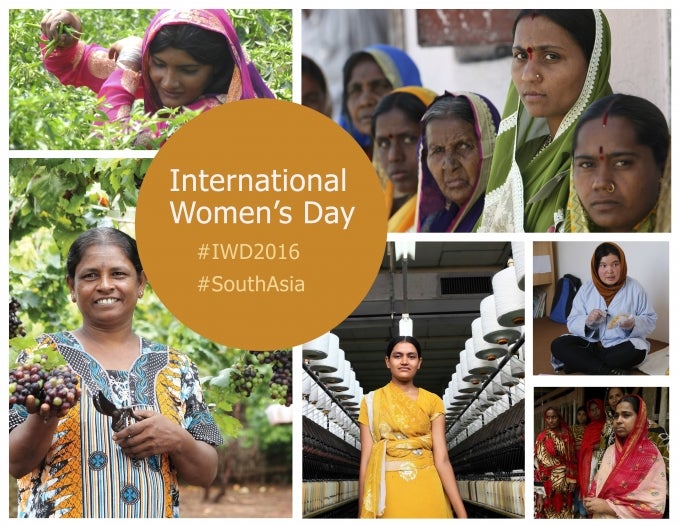 As we today mark UN Women’s Day, it is worth considering what the inequality between men and women costs South Asian countries and what can be done about it.

One big cost of inequality is that South Asian economies do not reach their full potential. In Bangladesh, for example, women account for most unpaid work, and are overrepresented in the low productivity informal sector and among the poor. Raising the female employment rate could contribute significantly to Bangladesh achieving its goal in 2021 of becoming a middle-income country. Yet even middle-income countries in South Asia could prosper from more women in the workforce. Women represent only 34 percent of the employed population in Sri Lanka, a figure that has remained static for decades.

Economic opportunities for women matter not just because they can bring money home . They also matter because opportunities empower women more broadly in society and this can have a positive impact on others.  If women have a bigger say in how household money is spent this can ensure more of it is spent on children.

Improvements in the education and health of women have been linked to better outcomes for their children in countries as varied as Nepal and Pakistan. In India, giving power to women at the local government level led to increases in public services, such as water and sanitation.

Just as the costs of inequality are huge, so is the challenge in overcoming it. The gaps in opportunity between men and women are the product of pervasive and stubborn social norms that privilege men’s and boys’ access to opportunities and resources over women’s and girls’.

What is therefore required is a sustained, comprehensive drive to end inequality. This will require addressing multiple and reinforcing barriers to equality among families, job and product markets, as well as among formal and informal institutions.

A first step would be to improve the access for girls to education to reduce the in-built disadvantages that they have from birth onwards. This is recognized by many across South Asia and there has been a lot of progress, with initiatives such as Educate Girls in India tackling the root causes of gender inequality in education. South Asia has achieved gender parity in primary education and more must be done to narrow the gaps in secondary education . Pakistan and Afghanistan still have the highest gender disparities in the region in secondary education enrollment rates.

A second step would be to address market and institutional failures that lock women into low return, highly vulnerable forms of employment and of self-employment.

Much can be achieved by encouraging the creation of a large number of jobs that are seen as suitable and safe for women.  In Bangladesh, for example, the ready-made garment industry has brought into the labor market large numbers of young women. Studies have shown that this has also resulted in delayed marriage and lower fertility rates among girls. In Nepal, for example, road repair and maintenance after last year’s devastating earthquake has been done by female and male work crews. The cleaning of drains, filling pits, clearing minor blockades and planting trees has provided a steady income and the employed women have also gained greater respect in their families and communities, giving them more voice in decision-making.

A third step will be to address the violence against women and girls in South Asia. This received worldwide attention recently with the Oscar awarded to Sharmeen Obaid for her documentary on the murder of women in Pakistan.
This violence has a multitude of negative effects, from poor education and health to discouraging women from commuting to better-paid jobs. Many countries have adopted progressive legislation. But many laws are not enforced, the public and law enforcement are largely unaware of them, and structural weaknesses in police and judicial systems deny women access to justice and render laws ineffective.

Remedies will include improved legal systems, institutions, and services. Specific remedies could include using reproductive health personnel as a way of counseling women suffering this violence. It could also include sensitizing police officers so they no longer stereotype victims, building shelters for abused women, and appointing judges specialized in gender violence issues. Remedies will also require expenditure on infrastructure so that cities are well lit and women are safe on public transport.

No country can reach its full economic potential and achieve widespread prosperity if half its population cannot participate fully in the economy. As we mark Women’s Day, it is important to remember that equality for women is to the benefit of all. Thanks for this inspirational message

Thanks for this thoughtful piece. The points on encouraging the creation of 'suitable' and 'safe' jobs, and addressing the violence against women and girls in South Asia are critical.

Nice work! Keep it going! I'm using your information for a school essay as a way to raise awareness in our selves to our deeper understanding of the world around us. Your speech has sure enlightened me. People like you are the people who address problems openly, to those of us who are fortunate enough to have all these attributes such as an education or a jobs. Some people may not be as bright, but these works are slowly breaking these bounds disguising us from the real world and it's problems.