Have Collective Sanitation Achievements Been Sustained in Rural Bangladesh? 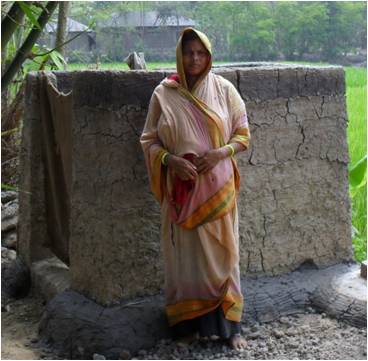 Poor sanitation has devastating—often overwhelming—consequences. As sanitation advocate Rose George writes in “Why there’s a Sanitation Crisis and What We Can Do About It,” the health, social, and economic toll is hard to overestimate. Research from the World Bank’s Water and Sanitation Program’s (WSP’s) ongoing Economic Impacts of Sanitation Initiative shows that inadequate sanitation costs developing economies from 1% to 7% equivalent of their GDP and that investments in increasing access to improved sanitation and hygiene are needed. These findings are based on research conducted in Southeast Asia and India (similar studies are in progress for Bangladesh, Pakistan, and countries in Africa, Latin America, and the Carribean).

A key to improving sanitation is learning how to work at scale and how to strengthen the sustainability of improved sanitation. WSP has been implementing large-scale learning projects to investigate both questions. One place to look for insight is in Bangladesh, where access to basic sanitation in rural areas has grown significantly since 2003, when the Government of Bangladesh formulated a national sanitation policy and strategy that has been implemented by local governments.

In 2010, WSP conducted primary research to identify factors associated with the sustainability of sanitation behaviors, facilities, and programs. Focusing on 50 local governments recognized by the national government for achieving 100 percent sanitation coverage five years earlier, researchers found there was a high use of latrines, with almost 90 percent of households studied using a latrine that adequately confines feces.

Some factors associated with this outcome may include a shift in social norms away from open defecation to using a latrine; on-going sanitation programming that reinforces latrine use; and easy access to private sector sanitation providers. Another important takeaway is that the national sanitation policy and strategy allowed for large scale implementation and provided an enabling environment for long term sustainability. (Download Full Report, Download Research Brief)

To attend in person: Public participants are requested to send an email to [email protected] and please RSVP by noon on Wednesday, July 20th to arrange a visitor pass. Good article. Do you know please where we can find documentation and figures about sanitation development in bnagladesh ?