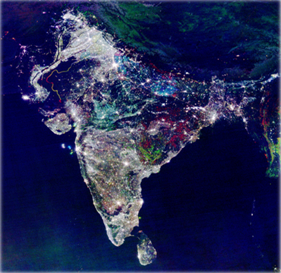 This summer, I wrote about keeping India’s promise alive and realizing its great potential. As I said then, energy reforms are crucial if the country is to boost growth. In the wake of the world’s largest blackout, which left 600 million people in India without power, two World Bank colleagues have written an op-ed about examples India can turn to, at home and abroad, as it seeks to tackle seemingly insurmountable power issues. Ashish Khanna is a senior energy specialist in the Bank’s New Delhi office, and Jyoti Shukla is energy sector manager for the South Asia region. Here are excerpts from their article, which appeared in the Hindustan Times:

The underlying problems behind the blackout are clear: in generation, insufficient capacity and persistent fuel shortages; in transmission, network overloading, outdated planning criteria, and lack of grid discipline; and in distribution, poor customer service, high transmission and distribution losses, and overly low tariffs.At their heart, the blackouts boil down to two issues: underutilized capacity and insufficient capacity. Underutilized capacity is due to inadequate maintenance of old plants and persistent domestic coal shortages. While underutilization could be addressed through imported coal, imported coal is significantly more expensive than domestic coal, and the additional cost does not get reflected in tariffs.

Insufficient capacity requires a much more long-term solution. The financial viability of state utilities is a pre-condition for attracting new investments into the sector. Financial viability requires reductions of system losses, adequate tariffs and transparent competitive bidding. Fortunately, we don’t have to look far for solutions. Within India there are a number of examples of public (Gujarat, West Bengal) and private (Mumbai, Delhi) power companies that have good management practices, are well-regulated, provide homes and industries with uninterrupted power supply, and earn reasonable profits. So, what have these states done differently? First, they have significantly reduced their transmission and distribution losses – losses that devour a third of all the power in the rest of the country. These companies upgraded their networks and cracked down on power theft, which enabled them to generate additional revenues that, in turn, further improved operations. Peak power deficits in May 2012 were just 1% in West Bengal and 1.2% in Gujarat – compared to 9.2% in the rest of India. Second, these states have increased tariffs at regular intervals – and consumers pay these higher tariffs in return for regular, high-quality power supply. While tariffs in these states are only 10% higher than average tariffs for similar consumers in other states, lower losses and better efficiency imply that these companies are indeed profitable.

So where can the other states begin? Clearly, power utilities in other states need to reduce their losses through both sound management practices and tariff rationalizationif they hope to eliminate power outages. But before they are willing to pay a higher tariff, consumers will rightly demand regular power supply.

West Bengal demonstrated the importance of earning this credibility with consumers before raising tariffs. Only after three years of significant improvements in power supply and energy access, improved customer service, and negligible dependence on state subsidies was the utility able to receive recent approval for the required tariff increase under the new government. Similarly, in Delhi, the private distribution companies were incentivized to reduce losses in a time-bound manner during the reform period, before finally receiving a tariff hike without stiff public opposition.

India is not unique in trying different models to improve efficiency and expansion of the power sector. Experience from Latin America also indicates that both private and public models can be successful.

The public-sector model adopted in Brazil, notably of CEMIG, one of the largest power generators, which supplies power to 12% of the population, shows that state-owned enterprises with strengthened corporate governance can be successful in overcoming challenges similar to those faced in India.

A private-sector model has also been adopted in Brazil and Chile with significant success. Long-term regulatory clarity was provided through multi-year tariff agreements based on performance.

A “one size fits all” approach for India’s many diverse states is unlikely to work – but every state can tailor these basic lessons to its situation to begin the much-needed improvements that will deliver to consumers the power they deserve at prices they can afford. There is no excuse not to begin. While the title of the blog sounds as if the bloggers found a solution to India’s power crises, the contents contradicts each other and the bloggers look confused themselves. It says that India has already a solution to the crisis (implying no outside interventions including World Bank? needed) citing the examples of sectoral reforms undertaken by West Bengal , Maharastra and Delhi. But the blog is silent on the major problem, why similar reforms are not taking place in other States. On one hand, the blog implies if other State follows the examples of West Bengal, Delhi etc. the problem of power crisis in India will be resolved. On the other hand, it emphasizes that sectoral reforms should be unique and should not be copied from other States or countries. Isn’t this confusing? What message should readers (policy makers) take home from this blog?

It is worth noting that while the world’s power generation challenges often seem daunting, there are sometimes low cost solutions available. In India, Husk Power Systems, has developed mini power plants that burn discarded rice husks to generate electricity and light. This innovative solution is providing electricity to thousands in rural Indian villages. http://www.opic.gov/blog/india/in-india-living-off-the-grid-has-its-ben….

Very timely, appropriate and inspiring message. Indeed one size does NOT fit all. Hope the stakeholders in India get it and act. Interesting that West Bengal has an efficient public utility; where does Kerala stand, as it is a similar state, politically. Thanks to Ashish and Jyoti.
Varadan Atur, AFTEG

In other developping country like China, the blackouts also happen very frequently years ago, then they started to change this situation in a efficient way in distribution. They use power load control system to solve the electricity supply shortage. so all the important consumers(residents,hospital,school,government,army,etc) not have to suffer the disorderly power cut. Guarantee a good investing environment and a stable society. Maybe India Gov should try this environmentally friendly equipments. It's welcome for friends to discuss this issue.