Pulling out all stops: World Bank in Nepal 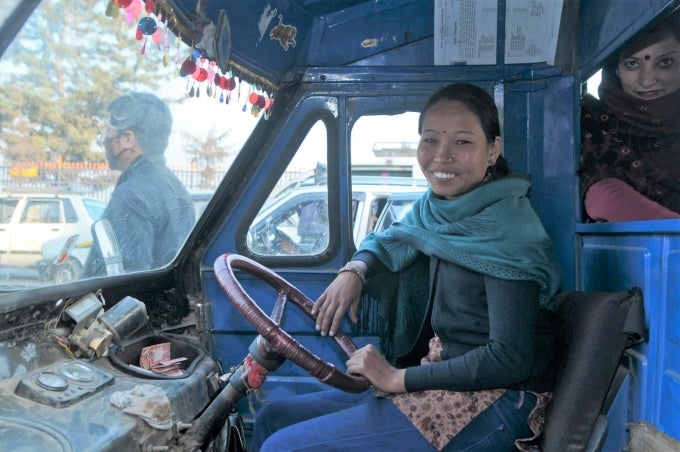 Few countries in recent history have experienced change on a scale as sweeping as Nepal – that too, in the span of a single generation.  The journey is ongoing as Nepalis continue to confront and challenge the conventional wisdom about Nepali statehood and chart a path towards a more inclusive, equitable and modern nation-state.

The new federal structure also redefines the World Bank Group (WBG)’s engagement with Nepal. This week, as the WBG’s Board of Executive Directors endorsed a new five-year Country Partnership Framework (CPF), Nepal’s Finance Minister Yuba Raj Khatiwada attended a series of Nepal Day events at the WBG headquarters in Washington DC. There, he unfurled the new government’s vision and development priorities and discussed approaches to address Nepal’s financing and knowledge needs in the WBG’s upcoming programme of assistance.


The CPF is designed to balance support to Nepal’s transition to federalism with its quest for higher growth, sustained poverty reduction and inclusive development . To that end, our strategy and approach seeks to support the authorities and engage with development partners in three transformative engagement areas: (i) public institutions for economic management, service delivery and public investment; (ii) private sector-led jobs and growth; and (iii) inclusion for the poor, vulnerable, and marginalised groups, with greater resilience against climate change, natural disasters, and other exogenous shocks. These focus areas were informed by extensive consultations and surveys across the country’s seven states with over 200,000 citizens, government, civil society organisations, the private sector, media and development partners.

In many respects, Nepal is starting from a clean state. While Nepal did practise a limited version of decentralisation in the early 2000s, the scope of devolution proposed by the 2015 Constitution is unprecedented.  Meanwhile, reforms promise to rid the country of a legacy of exclusion based on geography, ethnicity and gender.

Over the last decade, Nepal experienced frequent government turnover and political fragmentation with a considerable toll on development.  The 2017 elections mark a significant turning point, in that they offer higher hopes for political stability and policy predictability that remained elusive during most of Nepal’s recent past. This is a considerable achievement.


Nepal has achieved a remarkable reduction in poverty in the last three decades, but the agenda remains unfinished.  While the national poverty estimates await updating starting next year, at last count, poverty fell from 46 per cent in 1996 to 15 per cent in 2011 as measured by the international extreme poverty line. However, most of the poverty reduction resulted from the massive outmigration of labour, and a record increase in private remittances. Moreover, a significant disparity remains in poverty incidence across the country.

Compared to the average 4.5 per cent of GDP growth over the last decade, Nepal needs to achieve faster growth to meet its coveted goal of attaining middle-income status by 2030 . Nepal needs to grow in the order of at least 7 to 8 per cent and shift from remittance-led consumption to productive investment. The economy also remains exposed to exogenous shocks like earthquakes, floods and trade disruptions. These long-standing economic vulnerabilities will require far-reaching but carefully-calibrated reforms.

Nepal now faces the daunting task of adapting to a three-tier structure in the face of nascent and often-nonexistent institutions at the sub-national levels. Immediate challenges include the need to clarify the functions and accountabilities of the federal, state and local governments; deliver basic services and maintain infrastructure development; enable the private sector; and ensure strong and transparent governance during the early years of federalism. Meanwhile, if left unmet or unmanaged, heightened public expectations of federalism could rapidly degenerate from anticipation to disillusionment.
Short Take: Nepal Country Partnership Framework (FY2019-23)
These risks also offer an opportunity for new governance infrastructure at the decentralised level. This is a key priority for the WB and development partners as we provide our continued support to our partners.

When risks are prudently managed, they can lead to hefty rewards. Clearly, Nepal’s new government is well positioned to pursue an ambitious reform and development agenda. Neither the Government of Nepal nor the WBG harbour any illusions that public resources and external aid can adequately bankroll Nepal’s path to prosperity

Nepal’s needs far transcend what traditional sources of development financing can ever offer. Both recognise that private investment – domestic and foreign – must be vigorously courted to maximise financing for development.

To this end, one novel approach that the WBG will adopt is to work closely with the government to catalyse all sources of financing. Uninsured market risks; nascent institutions and fragmented policies; administrative red tape and distorted incentives; and insufficient regulatory frameworks have often stood in the way of private capital flowing into Nepal’s core development areas.

We now have a broad consensus that Nepal needs to credibly brand itself as a “frontier market” in order to access private capital on a scale that substantially grows its economy. Therefore, the CPF intends to promote partnerships that systematically leverage the private sector’s finance, expertise and innovations in coordinated ways to optimise the use of scarce public resources, while also promoting high standards of governance and environmental and social sustainability.

The WBG stands ready to deploy all the instruments at its disposal at Nepal’s service.