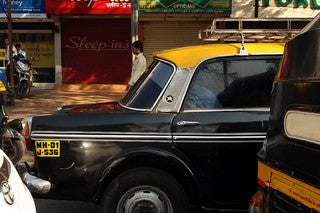 For centuries, cities have been the beacon for economic prosperity. Drawn by the promise of economic, social and political opportunity, more than half the world’s population live in cities today. In India alone, 90 million people migrated from farms to cities in the last decade. The prospect of higher wages and better living standards is expected to draw 250 million more by 2030.

Urban success is based on economies of agglomeration -- where density increases the ease of moving goods, people, and ideas – increasing productivity. However, compared to other emerging economies, Indian cities do not appear to have captured gains from economic concentration. While the service sector and high-tech manufacturing have benefitted from agglomeration more than other sectors, overall urban productivity has not kept pace with India’s economic growth. In fact, the urban share of national employment has not increased between 1993 and 2006.

Are the costs of density overwhelming the benefits from clustering?

Policy Bottlenecks
A new World Bank study, Urbanization beyond Municipal Boundaries, explores how a weak public sector can amplify urban challenges. When the demand for space in urban zones goes up, strong institutions are needed to assess land values. Effectively pricing land determines its most productive use, and whether it is allocated for housing, commercial or industrial use.

In India, land values are often concealed to avoid high transaction taxes, and poor information systems make acquiring land for industrial and infrastructure development difficult. While recent legislation  aims to ease some of these market failures, more must be done to strengthen property rights, develop independent valuation expertise, and establish a transparent system to convert land use.

Stringent urban development regulations are also distorting the pace and pattern of urban development.  In India, infrastructure constraints push planners to limit urban densities. For instance, Mumbai’s permitted floor space index (FSI) is limited to the range of 1.33 to 4, much below global best practice. By contrast, limits for Tokyo, Hong Kong or Shanghai range between 10 and 15.  Capping urban densities not only push businesses and people out to the periphery, but raise property prices, pricing out poor and middle-class households from urban center.
India is also no stranger to congestion and gridlock, which combined with urban sprawl, produce “diseconomies” of agglomeration. If density restrictions were lifted in Bangalore, for instance, its radius would shrink from 12 to 8 kilometers. This would shave commuting times, saving households about 4 percent of their income through lower transport costs.

These urban constraints hit the poor the hardest. Unable to access cheaper housing on the outskirts due to weak public transport, and faced with unaffordable formal housing within the city, millions are forced into India’s notorious slums. Conditions in these areas are unconscionable – inadequate housing, water and sanitation – worsen urban inequality.

For cities to remain dynamic, they must respond to the needs of their residents—providing proximity to markets, flexible land markets, infrastructure as well as basic services.

Over the long run, India must invest in the institutional foundations of land and housing markets. Developing valuation expertise, information systems to record and transparently manage land transactions, as well as an adjudication system are all needed to accommodate urbanization. But institutional development takes time. In the short run, land readjustment, which can provide public infrastructure at a shared cost to landowners and the municipality, could be an avenue for urban redevelopment.

In parallel, planners should work to deregulate the intensity of land use. Blanket, city-wide regulations miss opportunities to create pockets of density. In Singapore, densities vary by location, planned use, and infrastructure availability – where densities are higher near metro stations. New York varies densities by block—commercial areas in Manhattan have much higher densities than residential areas. In India, moving towards a “granular” approach to density is key to addressing shortages in housing and office space, but should also be accompanied by strategic infrastructure investments.

Urban planning requires integrative thinking. The interconnected challenges of land policy, infrastructure and service delivery can not be addressed individually.The right policy mix to essential to keep cities growing as hubs of learning, innovation, and entrepreneurship.