Youth Have the Answers! 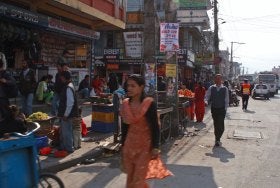 All it took was an invitation to open the floodgates. More than 1,200 South Asian youth responded to our call to share ideas on how to end gender-based violence in the region. The judges had the difficult task of picking 10 winners from about 60 finalists, but there were many more great solutions submitted. Here are some of my personal favorites that were not selected.

For some, 140 characters were not enough. They knew what needed to be done and they told us about it, at length.

There is a strong need to create awareness and educate the male members of our society. It has to stem from the grass-root level, where men are taught from the very beginning that women deserve respect, so that they grow up to be better fathers, sons or husbands.

Even though the competition was limited to youth ages 18-25 living in South Asia, we received submissions from older people and other countries too.

“Respect Women” to be printed on all household items ranging from milk-pouch, cigarette box, matchbox, toothpaste, mineral water to condoms.

Educate women to be strong economically & socially; have good health; be aware of their rights; have speedy impact of anti-violence laws.

I was inspired by the enthusiasm with which the participants approached ending gender-based violence. The submissions presented a role for every individual in society, with similar themes emerging from all seven countries. Many of the messages urged parents to instill the right values in children at an impressionable age and governments to improve the education system to provide equal rights to boys and girls. Men were urged to respect women.

Women are your mother, sister, wife, relative, and lastly they are human like you. If you want others to respect them, you respect them and help them develop.

Women were encouraged to strengthen their voices and become aware of their rights to education, equality, and fair treatment.

To let the women of South Asia stand on their feet, creating business opportunities is the best applicable option. Just need market knowledge.

Governments were called on to protect their citizens against social injustice, punish law-breakers, and create jobs for youth.

Change makers, go door-to-door and make sure that women and children are safe and living a healthy and protected life free from GBV.

Many entrants also cited the role of the entertainment industry in portraying women and their worth, affecting men’s perspective of them in society.

The media portrayal of women and language used for women should not be sexist in nature to demean females.

Good role models in society would leave a positive impression.

If there are enough senior civil servants, politicians, sportsmen and women, film stars and other celebrities who publicly condemn GBV…

The brilliant ideas brought forward by the young entrants show the power of the rising generation to create a South Asia free of gender-based violence.

The winning messages will be displayed during a panel discussion on gender-based violence on April 18, during the World Bank’s spring meetings. The main point is missing to end gender base violence education. It also ends poverty as well.

Education of all society is essential to end gender based violence. Thank you for your comment.