Houston - We Have a Problem When Transparency Does Not Convey Clarity 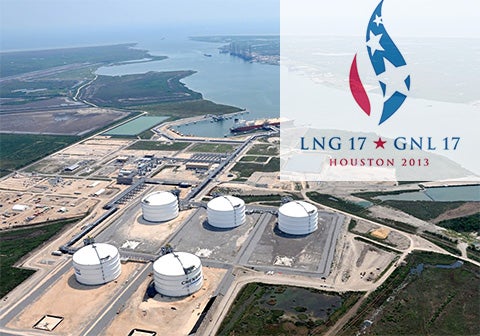 In downtown Houston last month, flags were unfurled everywhere promoting  LNG 17 - the biggest global gathering devoted to LNG, or liquefied natural gas, as well as its whole value chain.  Bringing together industry, governments and experts on everything from  "peak shaving" to floating liquefied natural gas facilities – to how LNG contributes to energy security, the conference proved a good platform to raise up and coming issues.  To that end, a World Bank Group session at the conference reviewed our own gas activities, and featured a discussion on "Petroleum Contract Transparency - the new normal?"

To the question, "Should oil and gas investment deals be public?," most of the legal, economic and industry experts present responded with a qualified "yes".  But confusion remains over the meaning of "contract transparency".

For example, policy can differ from practice. In some of the over 20 countries that disclose oil, gas or mining deals, it is still hard to find the contract information. In others where there is no legal requirement to disclose, information is nonetheless easily available.

What is a reasonable scope? Should disclosure simply cover the investment agreement signed by government and operator, or extend not just to amendments but other documents that might also contain vital information? An example was given of key fiscal terms hidden away in a memorandum of understanding and never in contract form.

Timing matters too. For transparency to be meaningful, should it require disclosure of contract terms before signature, or would that lay the process so open to political gamesmanship and delay that no deal would ever be concluded?

Is it useful to share contracts in full that can bewilder lawyers not practising in the sector?  Tools, such as the contract databases and guides to contract terms developed by the World Bank Institute and partners such as Revenue Watch Institute, can help, but only get you so far.  One suggestion made was to focus on disclosing the most important terms of the contract in simplified form.  That makes sense at one level, but who determines what is important? Different audiences care most about different terms - whether fiscal, environmental, social, or local content.  This suggests the need to disclose the documents, but also to invest in "infomediaries" who can highlight relevant information for affected communities, or present the material in a user-friendly way.

As we unpacked the pros and cons, many felt we had barely scratched the surface.  There was consensus that while the presumption towards transparency is a good thing, much more needs to be done to figure out the nuts and bolts of the disclosure process so that it balances legitimate government and industry concerns and truly delivers public benefits. It was suggested that the World Bank is well placed to help build the evidence and offer a process to come to clarity, engaging such groups as the Association of International Petroleum Negotiators.

The World Bank is already helping resource-rich countries implement the principles of transparency and accountability through the Extractive Industries Transparency Initiative (EITI), supported by a multi-donor trust fund managed by the Oil, Gas and Mining unit in the Bank's Sustainable Energy Department.

Focusing on transparency in extractive industries is urgent, so that countries can translate their natural resources wealth into much-needed infrastructure and human development. Contract disclosure is an emerging trend in extractives, particularly among new producer countries seeking to latch on to recommendations for good practice, including from multilateral institutions. For example, it is a requirement under South Sudan's new petroleum legislation. With a new wave of commercially viable gas developments under consideration in several countries, we need to review evidence from countries that have a track record of disclosing petroleum agreements, such as Peru (see their oil deals), and developing guidance to governments on the issue.