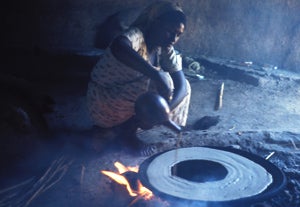 Among all the noise and commitments (or lack of) coming out of Rio, an announcement by the Government of Norway, in partnership with Ethiopia, Kenya and Liberia, is worth highlighting. As part of its contribution to the Energy+ Partnership it established in October 2011, Norway is to enter into three bilateral agreements to scale up access to sustainable energy in Ethiopia's rural areas, replace kerosene lamps with solar alternatives in Kenya, and support Liberia's development of a strategic energy and climate plan, with a major emphasis on ‘payment by results’.

This means that the bulk of the $140m of Norwegian funding will be tied to the delivery of verifiable results over a five year period, with an emphasis on the use of ‘results-based financing’ for in-country delivery. The support will be provided in three phases, initially for preparatory activities (where needed), then for the delivery of outputs (such as implementation of a new policy, or an incentive scheme in place), and eventually for outcomes (such as number of households with improved access to energy, or an increase in renewable energy output).

Hans Olav Ibrekk, Policy Director for Energy+, had this to say on arriving back in Oslo: “This announcement by Norway is ambitious in both substance and scale and will help put some wind into the sails of Energy+, which we hope will encourage other donors to step forward. Our vision is for a true partnership at the country level, with funding linked to on-the-ground results.”

Titled to draw parallels to REDD+, which involved payments for reduced deforestation in major forest countries, Energy+ is intended to help implement the UN Secretary General’s Sustainable Energy for All initiative covering energy access, renewable energy and energy efficiency. With one eye on the design of future climate finance mechanisms, including the Green Climate Fund, Energy+ proposes taking a sectoral approach to the delivery of climate finance and to applying payment by results at scale. 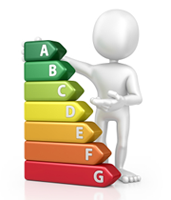 Payment by results is relatively untested in the energy and development space, so Energy+ is potentially a big deal. It is attractive to donor countries because it enables them to better justify the use of taxpayers’ $/€/£/¥ (or kr in this case) for international development by showing a clear linkage between inputs and results. But it is also attractive to developing countries because it enables them to determine how best to deliver the pre-agreed results as opposed to implementing a program specified by the donor partner (in some cases, the key enabling factor may be implementation of a new law rather than additional funding).

All this is not without challenges and risks. Coming up with indicators for measuring progress (and thereby making payments) is harder than it sounds. For example, what level of improvement in energy access should be targeted (basic lighting, an advanced cookstove, or both?), and how can this be easily assessed without creating huge transaction costs? And how does one account for an increase in renewable energy generation (let alone avoided carbon emissions) when a country, such as Ethiopia, was already planning to generate all their future electricity from hydropower, geothermal and wind? But aside from the accounting, there is the challenge of pre-financing (would governments have to divert resources from other priorities in the short term?), and significant risks associated with political stability (would payments continue to flow if concerns emerged over human rights?) and unintended consequences.

And yet there is something instinctively appealing about payment by results that is likely to increase interest from both developed and developing countries. While the World Bank does not have the flexibility of a bilateral donor, results-based approaches are nevertheless being adopted, with the recently-approved Program-for-Results lending instrument as a good example. The key challenge now for the energy sector is to try out these new approaches, learn when they do and do not make sense, and take the successful examples to scale.