After three decades of transformation in Georgia – what’s next for the jobs market? 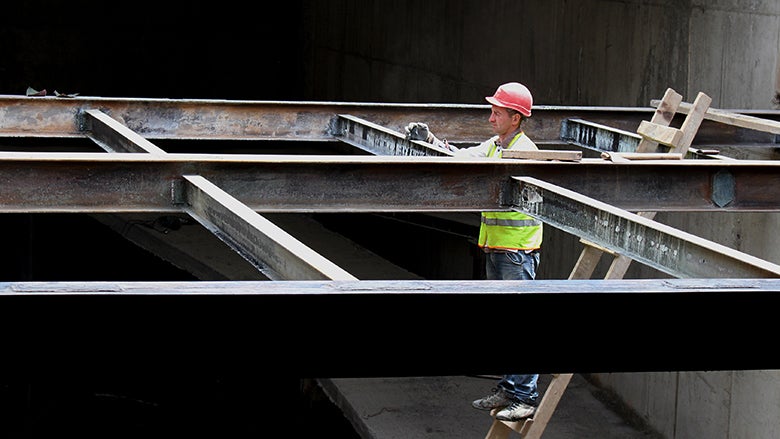 Celebrating his 60th birthday recently, my father chatted with me about his career and getting his first job. He graduated as an engineer in the 1970s in Austria and faced very different employment opportunities to those I faced some decades later. There were five construction firms, all just around the corner from his home, to which he could apply for a job at that time.

When I finished graduate school in 2016, I applied for work with organizations in five different countries around the world. Suffice to say, the labor market in which my generation is competing is vastly different and far more globalized than the one my dad faced.

A very interesting recent report looks at the jobs market in another relatively small country – Georgia – and takes stock of the country’s transformation, while also looking at the challenges ahead.
Georgia has significantly transformed its economy over the last three decades – from a closed economy tied to the fortunes of the Soviet Union, to an open and vibrant economy with private-sector driven growth. And, over that same period, poverty has decreased substantially in the country.

Georgians today are on the move. They are much more mobile than previous generations – they do not only migrate from rural areas to the capital Tbilisi, where most of the jobs are, but they also move internationally. In 2013 alone, about 28.5% of the population changed their place of residence within Georgia, while between 2000 and 2010, it is believed that 10% of Georgians emigrated abroad.

But, despite this dynamism, the country’s jobs market still faces some challenges. While the opening up of Georgia’s economy undoubtedly improved living standards, it also exposed it to international competition. As a result, young Georgians now compete with workers from all over the world – making access to a good education ever more important.

Although an impressive 40% of Georgians graduate from university, many do not acquire the kind of skills that are demanded by the private sector. Furthermore, Georgia’s regions have not experienced growth equally. While youth in urban areas have better chances of finding a job, many young people in rural areas are left behind.

Notwithstanding considerable increases in education quality over the last 10 years, existing evidence from the OECD’s PISA study shows that almost 60% of 15-year-olds in the country are functionally illiterate. Children from poor households and rural areas demonstrate a particularly poor performance, exacerbating the existing income and spatial inequalities in the country.

In 2016, 61% of the country’s private sector jobs were located in Tbilisi. Furthermore, while 24% of youth in rural areas are NEET (Not in Education, Employment, or Training), the same applies only to 14% of youth in Tbilisi.

To deal with the country’s labor market challenges, the report recommends the following: a set of policies to increase access to markets and global value chains – especially for left-behind rural areas; continuing to improve the quality of the education system, with a particular focus on reforms in the vocational education system, and; policies to incentivize (re)immigration, higher female labor force participation, and increasing fertility to deal with the country’s demographic challenges.

As with me and my father in Austria, the jobs market that young Georgians face today is very different from the one their fathers encountered. The last few decades have seen Georgia transform significantly, but the country needs to continue on this path and ensure that its youth have more and better employment opportunities in the future.
Topics
Education
Jobs & Development
Poverty
Urban Development
Countries
Georgia
Regions
Europe and Central Asia