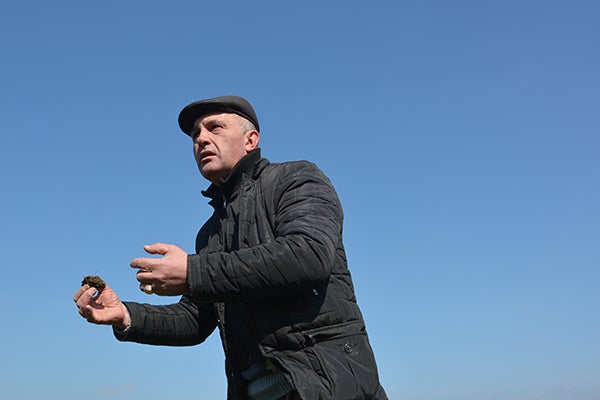 Igor Tkach is a remarkable man.

As he stands tall and proud in the middle of one of the fields, his voice is loud and clear. And even the bitterly cold wind couldn’t stop him from telling his story. “We had absolutely nothing. Even the window frames were looted,” he said. He was talking about those turbulent times following the collapse of the Soviet Union. As he talked, I recalled my own Soviet-era childhood. What he was saying hit close to home.

“I had to create and get better. I had to help my people.” His story made me think of one word – resilience. It’s a word we often throw around these days when we want to describe people who can adapt. Standing there in front of Igor Tkach, the word took on a deeper meaning for me. Facing food shortages, long lines in stores, and acute poverty and desperation for millions of people, and he thought about how to create, for his people.

For this man, it was not about survival and bouncing back – he thought of self-improvement and had a determination to help others.

It was not until after 2007 that his hard work paid off. Igor applied for a number of grants and loans. He is, as they call him, a leader in his village of Hilliuţi almost 200 km from Chisinau, the Moldovan capital. So people expected him to take the lead on such things.

Moldova has a small but fragile agrarian economy. Many have heard of the famous Moldovan wines, but not many likely realize how heavily the country relies on its agriculture sector, especially a wide array of fruits and vegetables. The countryside is vast and breathtakingly beautiful, with hard working farmers trying to make ends meet.

Today, Igor tells me about his successes and challenges. Support he received through the Agriculture Competitiveness Project went straight into modernization of his aging equipment. The project provides financing to help reduce land degradation and expand rural employment. Igor now employs over 800 people on his wheat and corn fields and apple gardens, stretching for a total of 1,100 ha. For his small village, this is an enormous number. But he worries about maintaining his competitiveness.

Igor proudly shares with me minute details and technical specifications of his new seeder machine, purchased with the project funds. Simply put, the device is an attachment to the tractor that positions seeds at equal distances and proper depths using the latest technology. “My productivity went up by 40 percent over the past three years. Now I want to expand,” he says. “I need to think about the livelihood of my people!” 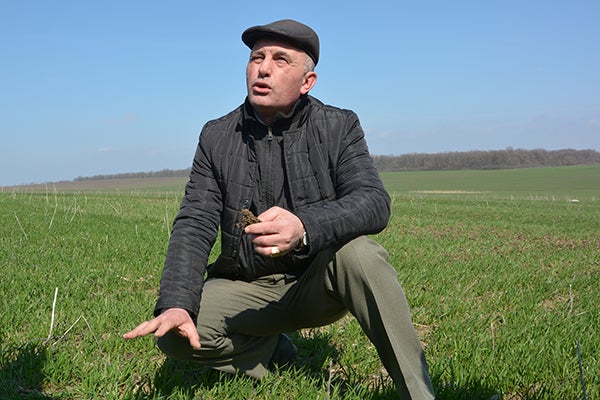 His attitude is infectious. This straight-forward “can-do” attitude is so lacking sometimes in the so-called “modern” white-collar working world these days. And it’s this attitude that has kept Igor unbroken, resilient and strong, throughout the years, during a period when many people and even countries “crumbled like a dry saltine cracker in the matter of just a few months” - as Mikhail Gorbachev once put it.

Igor Tkach is a remarkable man. He’s ready to take on any new challenge, and it seems like no challenge is insurmountable for him. He boldly seeks answers for seemingly impossible problems. Whereas many people would ask “Why?” Igor would probably just ask “Why not?”
Topics
Agriculture and Food
Countries
Moldova
Regions
Europe and Central Asia