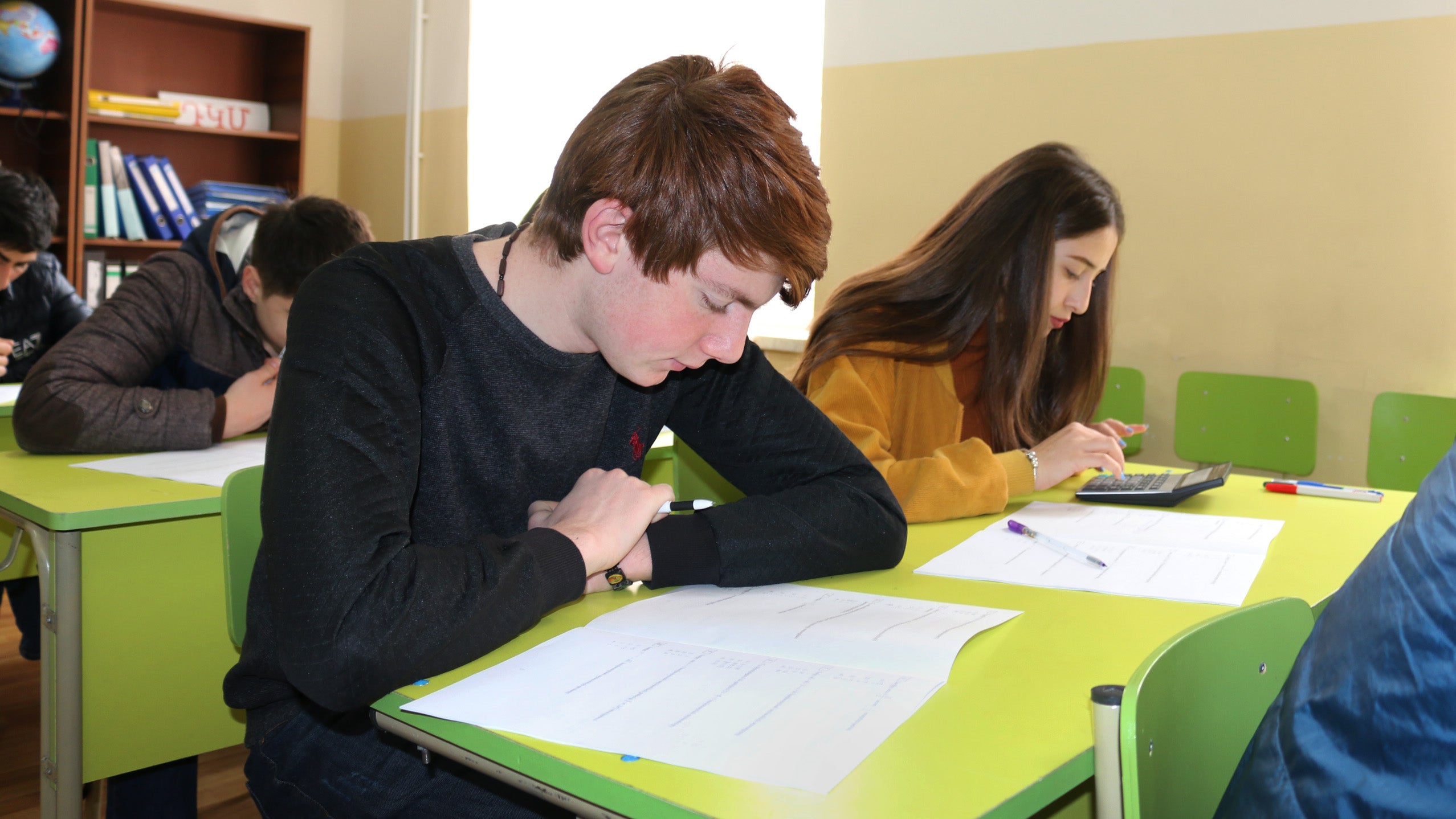 I am often asked what it was like to live in Armenia as a foreigner, and what I liked most about living here. My answers usually include anecdotes about how the country and its people made me feel welcome and “at home” throughout the two years I spent here as a volunteer English language teacher.

In 2014, my first year in Armenia, I lived with a host family in a small village situated at the edge of a cliff overlooking a breathtaking valley in the northern region of Lori. Along the main route into Lori, I recall a road sign covered in graffiti that said “դեպի լավը”, which translates as “toward better.” Indeed, these words reflected the optimism I often felt during my time there.

Later, I moved to the larger, culturally historic town of Goris, in the southern region of Syunik. At all times, I was – and felt – far removed from the bustling capital city of Yerevan— an economic hub filled with street cafes, shops, and tall new constructions. To me, the city appeared almost foreign in the midst of the friendliness and comfort I experienced in rural Armenia – here I felt as if I was living in the very soul of the country.

Each day, I interacted with Armenian students and teachers, as I spent most of my time working in local secondary schools. I was so impressed by those students – they displayed endless ambition and an eagerness to succeed, as did many of the teachers who became my close friends.

But, the ambition I observed in students appeared entirely self-driven, and not openly encouraged by the institutes of education. Systematic challenges soon became apparent to me. For example, I saw that students received grades on-the-spot for their ability to repeat memorized text, requiring no assessment of individual understanding. Indeed, the textbook dominated the classroom, leading instruction and limiting teacher innovation. And, most of my students attended paid lessons after school to supplement their learning.

To me, it appeared that the education system was not fully preparing students to be competitive graduates, either domestically or internationally. Nor was it fully supporting teacher development. 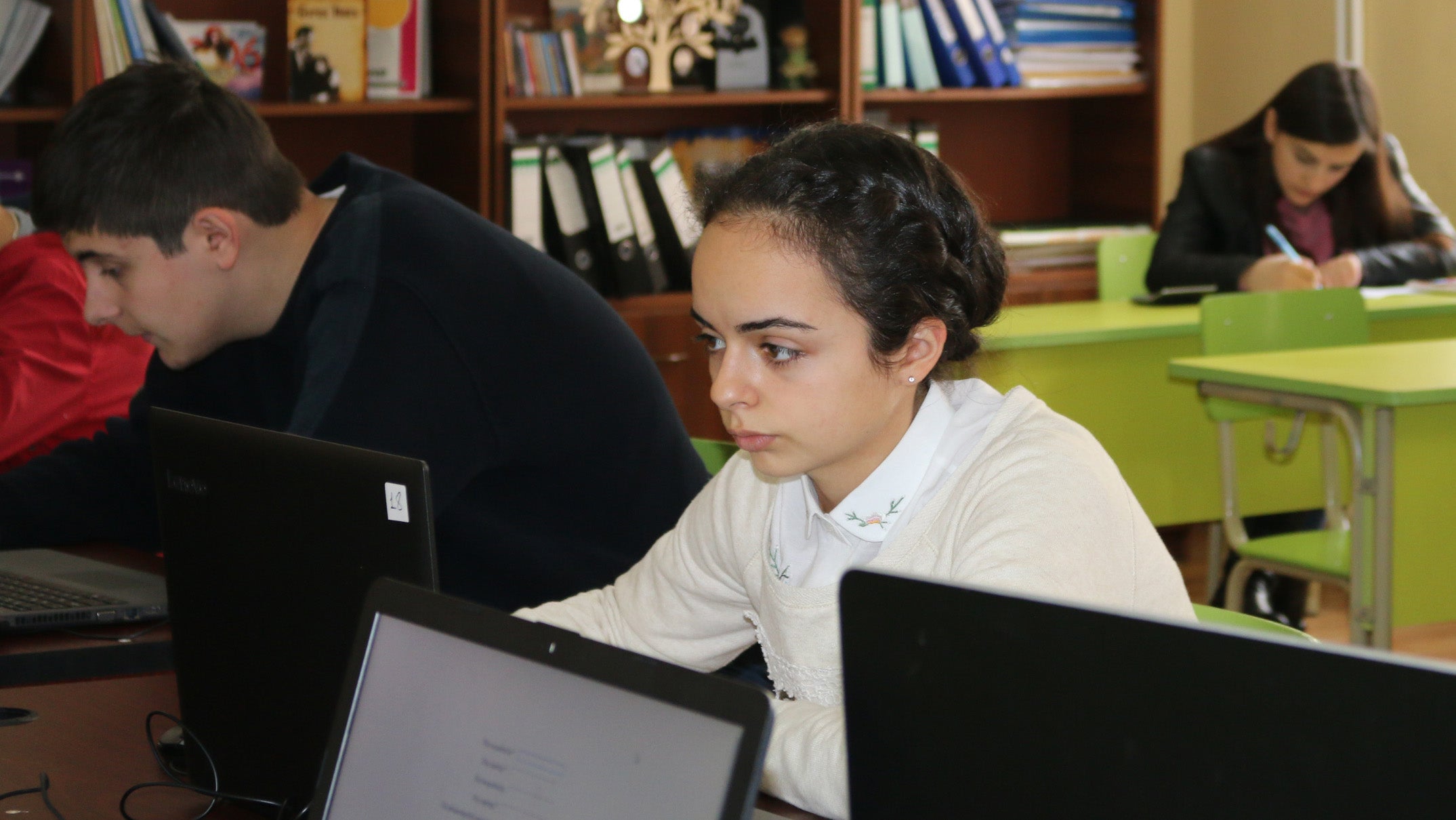 Today, I am lucky to be back again in Armenia, now working on a World Bank-administered project about curriculum reform and teacher training. Launched in early 2019, the EU4INNOVATION – Science, Technology, Engineering, and Mathematics (STEM) pilot project seeks to develop a revamped education toolkit that specifically fits Armenia’s needs. The focus on STEM is deliberate, because boosting economic development and productivity relies on the ability to supply sector-specific skills that growing high-technology industries demand.

In May this year, the project hosted a three-day curriculum workshop in Armenia, which provided a great opportunity for local education practitioners to collaborate with international experts. Interactive sessions were broad-ranging and stimulated discussions around state standards, student learning outcomes, subject areas, distribution of hours, revision and development of educational materials, assessments for the new STEM curriculum, and how to make sure the curriculum is inclusive for all Armenian students.

Presentations by international experts were followed by comments and questions, especially with regard to reform implementation and opportunities in the Armenian context. Experts stressed that curriculum reform is non-prescriptive: there is no single path a country should take when considering reform.

For reform to become a sustainable reality, ownership and change must come from national stakeholders – although international guidance would be available along the way. Furthermore, reform should focus on achieving what Armenian society values as the most important skills and competencies for graduates.

During the discussions, I observed a strong sense of purpose among the participants. Attending the workshop, Armenia’s Deputy Minister of Education and Science conveyed a sentiment that resonates with me still: “We are launching a very complex process that will create fundamental change. Together, we will work to share our thoughts and develop our vision.”

I believe that education has the potential to transform people’s lives, as well as entire communities, and that the benefits of education reform should belong to everyone, whether in large cities or in rural villages. The reform momentum I am witnessing here, in the wake of the Velvet Revolution, reflects the ambitions of the Armenian people “toward better”. It is a journey I hope to participate in.