China and the World Bank: Partners for reform 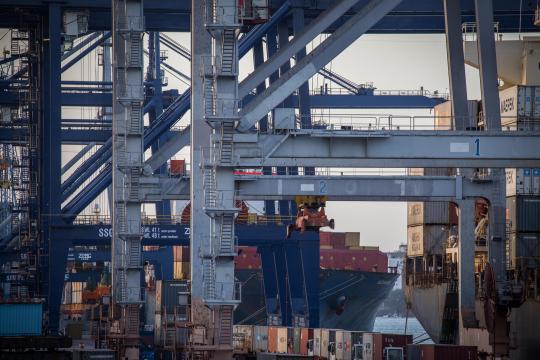 In the last ten years, China’s public procurement market has grown tenfold reaching an estimated $270 billion in 2013. Such significant growth has made the improvement of the public procurement system an imperative for the Chinese Government.

In the context of China’s commitment to enhance its procurement system, it is also seeking to accede the World Trade Organization’s Government Procurement Agreement (WTO GPA). As China looks to necessary procurement reforms, the World Bank has partnered with the Ministry of Finance to support these efforts, which have the potential to have transformational impact.

The partnership between China and the World Bank on public procurement reform is longstanding.  For years, the World Bank has supported China in preparing model bidding documents, implementing regulations, and developing self-sustaining procurement training programs, which are now run by a network of 5 Chinese universities.

More recently, as China continues making improvements in its procurement system, the World Bank is assisting the Ministry of Finance to carry out a gap analysis between China’s current system and the WTO GPA requirements, as well as facilitating opportunities for China to learn from the experiences of current GPA-participating countries, through study tours, workshops, conferences, and more.

The seminar served as an important knowledge-sharing platform for a hundred participants including representatives from line ministries, provinces, universities, and local media. In his opening remarks, Wang Shaoshuang, Deputy Director General of the Treasury Department of the Ministry of Finance, emphasized that it was not only the World Bank’s financial support, but also its professionalism and global knowledge in public procurement that have been a great benefit to China.

Emphasizing the strong cooperation between China and the World Bank in the area of public procurement, Elmas Arisoy, Practice Manager in the World Bank’s Public Integrity and Openness Department pointed out that the ongoing reforms will promote good governance, enhance international trade, increase transparency and improve public procurement outcomes.

She stressed that reforming China’s public procurement system will not only enhance the country’s economic performance, but doing so will also help to achieve China’s anti-corruption objectives, another top priority of Chinese leadership.

Highlighting that the main purpose of government procurement is to acquire, on the best possible terms, the goods, services, or works that the government needs, Robert Anderson, Team Leader for the Government Procurement and Competition Policy of the WTO Secretariat, delivered a speech during the seminar titled “GPA Rules as An Underpinning of Good Governance, Development and Growth”.

He stated that transparency and non-discrimination are the key principles to improving procurement systems, as these will maximize competition and, therefore, help get the best value for money.

This procurement reform initiative offers enormous downstream impact in terms of increased transparency for government expenditures in public procurement, enhancements in good governance, and improved perception of the business environment in the country.

Now, thanks to the progress that they’ve made thus far in this reform, China was able to submit a revised offer to enter the WTO GPA this past December.

Moving forward, as China continues to improve its procurement systems, the World Bank will continue to assist the government in understanding how to use public procurement policies to support the development of small and medium enterprises, stimulate innovation, and, ultimately, promote sustainable development for all.