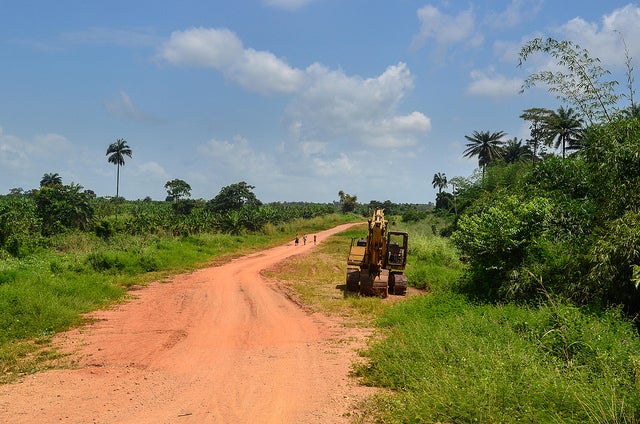 When Governor Adams Oshiomhole took office in Edo State, Nigeria, in November 2008, it was on the back of a protracted battle to retrieve his mandate through the electoral courts and through fractious politicking by labour and civil society groups.

After a scale of violence in the summer of 2009, across the oil-rich Niger Delta region, oilfields shut down and 200,000 people were displaced.

The public expected that Oshiomhole would deliver on his promise of “a citizens' government," but “quick wins” would be a challenge. After years of neglect, inaction and patronage politics, the state’s administration was untrusted, mired in dysfunction, fiscal uncertainty and debt.

By 2012, the governor had returned for a second term with an increased majority in an election widely touted as relatively free and fair. No small part of this success is due to signature efforts in ramping up capital spending, especially around roads and civil infrastructure.

While this route to political success is not unusual, less common is that the proceeds of capital spending didn’t disappear into the sand. In Edo state, this produced an unprecedented 450 km of roads and related assets that, in the majority of cases, were of high quality.

Infrastructure Development in Edo State: Adapting to constraints and creating capabilities, was produced to understand how the state’s administration delivered these results.

It reviews all road construction contracts between 2008 and 2013, and it examines ten projects in detail – their design, appraisal and approval, procurement and contract management, funds management, community settlements and grievance redress.

The World Bank team aimed to figure out how things worked without resort to comparisons with ideal forms and conceptual organizations.

To do this we had to suspend judgments about actual practices; and identify the technical, fiscal and political capabilities at work - rather than just enumerating the institutional deficits which surely exist in any system.

The research method, dubbed ‘fiscal ethnography’, mixed methods from public expenditure analysis with applied ethnography, and charted the modalities created to handle interactions amongst state executives and administrators, consultants, contractors and banks, and a diverse ‘community’.

The report speaks to current debate on Public Finance Management reforms and how ‘institutional political economy’ can be used.

In this literature, for instance, a contrast is often drawn between a blueprint and muddling through approaches. This study shows why blueprint approaches often don’t gain traction in public sector reforms.

But here, Edo isn’t an example of muddling through. Instead, the more interesting lesson is how Edo officials responded to dynamic circumstances by iteratively adapting and, over a relatively short period began to institutionalise aspects of their approach. This is shown warts and all, the governor’s team achieving greater functionality, but not without some costs.

The study also underscores that capital expenditure management in such contexts is not linear. Indeed, in many respects the Edo team was able to optimize project implementation only because it was iterative.

Project designs were revisited and adjusted to on-ground realities, budget approval levels were revised according to cash flows or unforeseen opportunities to expand the original scope of work, and so on.

Clearly there are risks to such an approach but in the Edo case this was at the heart of this delivery story.

It also breaks moulds that equate informal with bad and see virtue only in formality. In fact, counterintuitively, there are aspects of informality in this case that fostered considerably more accountability – to perform, deliver, and report – than the formal systems could in practice offer.

Finally, during the period covered by this study, the governor of Edo State was clearly a charismatic and populist leader.

But this is not a ‘reform hero’ story. Leadership was networked with, for instance, traditional authorities, private financiers and banks, contractors and business actors to deliver additional legitimacy, fiscal flexibility and talent.

A talented leader can be pivotally important, but to be effective requires networks of social, economic and political power to enroll others, mobilize and deploy rents and revenues.