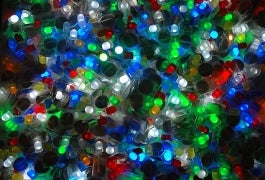 We human beings do not like uncertainty. We seek to understand what events portend, taking comfort in coming up with an answer. So whenever something new in South Africa makes headlines – and that’s been happening quite often recently, the news not always happy – people ask me, “What do you think? Is the political settlement falling apart?”. And always, the expectation is for a definitive answer, one way or the other.

Yet sometimes there is more wisdom, and more comfort to be taken, in acknowledging a more humbling truth – that which of many alternative futures (including ones we cannot imagine) will come to pass is unknowable, is a product of decisions and actions that have not yet been made. This understanding of change as something ‘emergent’, evolving, which can unfold in far-reaching yet ex ante unpredictable directions, is the key insight of ‘complexity theory' – an insight which can offer a useful dose of humility to governance prognosticators.

In a previous post, I described South Africa’s abiding tension between democracy and inequality. As that post suggested, one of the results of that tension could be a rise of patronage, personalized decision-making as to how to share the ‘spoils’ of power. Indeed, the strains on the country’s constitutional democracy are visible in the drumbeat of daily headlines, as I found when I recently spent some time in the country. Consider the following:

In the face of all of these cross-currents, any claims of certainty as to where this interplay of forces will lead is surely illusory. Each of them could turn out to be a salutary example of checks and balances in action – of how democratic institutions can keep a country on track, even in the face of pressures to the contrary. But they could also be portents of a future that will become increasingly challenging for the country’s constitutional order.

But in South Africa’s case, and surely elsewhere, too.   perhaps the lack of certainty is a source of comfort. Knowing that the future is not preordained can free us from endless preoccupation with what is inherently unknowable, enabling us instead to direct energy towards action, in service of a hopeful future that we can, perhaps, yet help to create. Professor at SAIS and University of Cape Town

Thank you for this submission. Our view is that you have raised several fundamental issues, some of which are:-
1. The only constant in Life is Change.
2. Today, we are in a World of Uncertainty more than ever before; therefore only Individuals, Institutions and Governments that adopt attitude of Constant and Never Ending Improvement; CANI, can Thrive on Chaos in Worldwide: National and International Development Cooperation Systems
3. To Refuse Ordered Change is to make Disordered Change inevitable, with Ultimate Catastrophic Consequences, allowed to occur in reality.
4. Operationalizing (1) – (3) in Practice call for Individuals, Institutions, Governments: that maintain healthy balance between Short Term and Long Term Objectives in ways that promote and protect Common Interest; Common Future and Common Destiny of their respective Internal and External Publics' and that achieve increasing convergence between all relevant Stakeholders WIN – WIN Relationship Vision: Intention and Reality.
5. Points made in submission not peculiar to South Africa alone. All Countries – Developed / Developing; all Institutions – National / International; in our World today, face similar challenges. The difference is in the degree of complexity and particular problems set facing / challenging specific Country / Institution.

Example: In addressing Europe Debt Crisis and Europe Africa Strategy Challenges; there is a need to recognize “Triangle of EU Values; EU Interests and More Self Reliant Africa". It is clear that in 2012, Partners on both Continents will be engaging afresh and setting new directions in the light of Changing Context. This presents Multiple Challenges – Can the Overall Goal of addressing Europe’s Interests be Reconciled with the Values that the EU is Committed to Pursuing? How can emerging Scenario where some old certainties end; some old certainties are reaffirmed and some new certainties established, be effectively managed within New EU – Africa WIN / WIN Relationship? Can these be effectively addressed without working towards achieving increasing convergence between PSM Vision / COCOPS Vision: Intention and Reality?
6. What can and should be the Role of PSM / COCOPS within Policy, Program, Project Interventions in (5) on specific EU Country; EU as a Whole; specific African Country, AU as a Whole sides?
7. (1) – (6) underline need for WBG to take more seriously all fundamental issues raised in your submission and earlier relevant submissions within PSM Discussions and related Discussions on CSOs’; Human Rights etc as well as contributions to these Discussions including Lanre’s contribution to the Human Rights Discussion – Who Cares about Human Rights? by Jim Anderson posted on 8 December 2011.

It is a good post. My view is that all societies are pretty much as complex, but for most societies there is a dominant narrative that helps us recognise "familiar" patterns. In South Africa there are stridently competing narratives in public life, none which is dominant. The government thinks the media is a tool in the hand of its liberal bourgeois enemies, the media think the government doesn't understand the social democratic/liberal constitution, and the Malema-style populists think that the ANC government has already sold out to the liberal bourgeoisie, who aren't that liberal anyway. And any number of variants and cross-currents. The gap between narratives is large, yet many citizens stray from one to the other, depending on the prevailing national mood. This confusion is symptomatic of a young, unequal and still divided society. Perhaps as South Africa leaves its teenage years its view of itself will mature a little.

i've been always curious about south africa and i found part of what i wanted to know in this post, thank you.

My real question is, do you think that a country that has been dominated by the same political party for 18 years is for real democratic? There's a real chance of a new government in SA? And i might be getting a little bit out of topic but does the current south african government respect the private sector in the country? SOuth African government hasn't irrespected it not even once?

i have never been to south africa but i think it's a great country and i find it similar to latin america in so many ways, i hope you tell me what's really going on there. and i hope you don't mind my english got some issues still haha.