When democracy and inequality collide 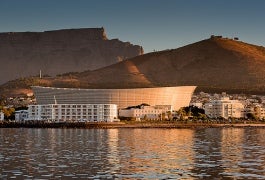 I voted in South Africa’s founding democratic election in 1994, but it was via an absentee ballot cast in downtown D.C. Last month, when voters came out on May 18th to elect their local governments, it was the first time I had actually been in the country for an election. Turnout was high – upwards of 70% in some of the more hotly contested municipalities. The long lines at the polls signaled that, on this day at least, all South African citizens, black and white, were equal. I felt inspired, moved and proud.

The campaigns themselves focused on precisely what one would want for a local election to focus on: the quality of local service provision. But for all the trappings of democracy, across large swathes of the country the elections weren’t really competitive. In most localities, even where local residents had complained bitterly about poor service delivery and misspent funds, councilors representing the African National Congress were re-elected with large majorities. It wasn’t all stasis. The share of votes going to the opposition Democratic Alliance (DA) rose by 50% nationally – from 16% to 24%, including a threefold increase in the DA’s share of the black vote (albeit from 2% to 6%.)  However, the overall outcome remained the same: loyalty (along ethnic lines to the party that defeated apartheid) trumped disaffection.

In two previous posts, I suggested that democratic institutions provide means for addressing difficult social conflicts, crucially by offering hope in the prospect of a better future. But hope can be a fragile asset, especially in a middle-income country with enormous inequality. South Africa’s Gini coefficient index of inequality is a stratospheric 0.70 and (a still very unequal) 0.59 after the impact of taxes and public spending are taken into account.  Is democracy up to the task of sustaining hope in the face of such deep economic and ethnic divisions? And if hope disappears, what replaces it?

Two alternatives are plausible – populism and patronage.  Populism (in the South African case, ethnic populism) is an obvious risk. To those who feel irrevocably excluded, it can seem very seductive, but inevitably, ends in conflict. The risks and consequences of patronage are more subtle, but at least as likely. An inclusive democratic order meets the twin challenges of ambition and stability through a combination of political and economic competition. By contrast, a patronage-based order meets them through personalized bargaining among elites – generally mediated by top political leadership – for a share of the political spoils. The bargain provides for inter-elite stability; the elites, in turn, use their clientelistic networks to keep a lid on non-elite discontent. 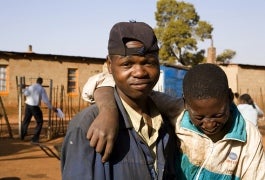 Mexico under the Party for Institutionalized Revolution (PRI) provides the classic example. Haber (here and here) and Diaz-Cayeros provide rich detail.)  In the 1930s, the PRI consolidated its authority under General Lazaro Cardenas, bringing an end to almost two decades of turbulence and civil war. It used patronage to lock-in the loyalty of three key groups:
•It embarked on major land reform – but through an ejido form of collective organization that inhibited agricultural markets, and assured continued peasant farmer dependence on government, via PRI patrons.
•Business gained through a combination of targeted licensing and protection, plus (in the context of underdeveloped financial markets) very restrictive access to capital.
•Organized labor (both industrial workers and public employees) also was incorporated into the PRI coalition – this used a combination of pro-union labor laws, allocation of social benefits, and industrial protection to direct rents to workers, and assure their loyalty.

Other political parties were formally permitted to operate, but remained marginal. The result was a half-century of steady (if unspectacular) growth.

Beginning in the 1980s, the ‘feet of clay’ of the PRI model began to become evident in the context of the early 1980s Latin American sovereign debt crisis. The PRI finally lost a multi-party election in 2000. Mexico’s rocky transition to democracy – replete with violent confrontations between drug-related criminal mafias and government forces (with the two sometimes indistinguishable, and the mafias sometimes having the upper hand) and, more broadly, weak judicial and law enforcement systems – signals how difficult it can be to transform a deeply-rooted culture of favoritism, patronage and corruption into a genuinely competitive democracy and market economy.

In an unequal, middle-income country such as South Africa, patronage Mexico-style is doubly seductive: it puts an implicit cap on the need to respond to the dissatisfaction of the bottom half of the population; and it offers huge rewards to emergent elites who gain access to spoils. As Bhorat, van der Westhuizen and Jacobs detailed, as of 2005 South Africa’s average per capita income for the fourth poorest decile of the population was under $500/annum, for the eighth, $2000, and for the top decile was $16,000!!! Indeed, there are worrying signs that South Africa risks moving down a Mexican-style path of patronage politics and economic populism, with its difficult structural realities acting as a continual prod.

Seventeen years after South Africa’s seemingly miraculous transition, a contest is unfolding (across the political spectrum) as to the true meaning of the country’s democracy. In contrast to Mexico in the 1930s, South Africa built its political settlement on the foundations of a strong constitution and robust rule of law institutions. Its commitment to non-racial democracy has made it an inspiration worldwide for the belief that a developing country’s politics can rest on the foundation of a genuine noble purpose, anchored in openness and bounded by rules.  In the emerging struggle for the hearts and minds of the country’s citizens, the inspirational power of the country’s founding narrative – and of its founding leadership (Nelson Mandela, Oliver Tambo, Albertina Sisulu and many others) – is a priceless asset. But nothing is guaranteed. South Africa’s challenges signal that, notwithstanding the easy talk of democratic triumphalism that has accompanied the Arab Spring, a struggle for the soul of democracy is underway across the developing world – and that it is a struggle whose outcome remains profoundly uncertain. Professor at SAIS and University of Cape Town

Brian, this is a facinating report. I have always struggled wt dominant parties like the ANC. in SA, or the other dominant parties in Africa that came out of liberation struggle (in Ethiopia, Uganda, Rwanda, Tanzania, Mozambique. Angola ..). In all these cases, there is no clear competition, at least in the short term, and there are perhaps undercurrent of patronage and/or populism at work. In your mind, what it is that makes the difference, in South Africa and elsewhere? Are high participation rates a difining characteristic of an environment where dominant parties emerge in spite of competition?