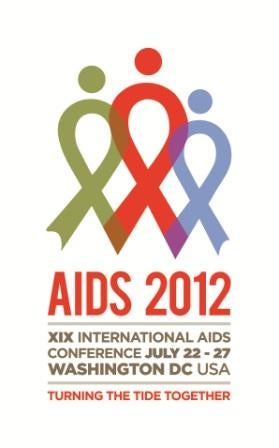 When the International AIDS Conference was last held in Washington, D.C. in 1987, Ronald Reagan was U.S. president, the Soviet Union stood, a wall scarred a divided Berlin and China’s economy was roughly the size of Spain’s. The wider world – and the AIDS epidemic – has changed more than anyone foresaw.

The conference returns to Washington in a watershed year. AIDS remains the greatest infectious disease challenge of our age: more than 65 million people infected and 30 million deaths since the epidemic began, and roughly 3 million new infections and 2 million deaths a year.

These are grim statistics, but they belie the incredible progress made. When we met at the 1987 AIDS conference, the world had few tools to prevent deadly infections and no drugs to commute slow, agonizing, wasting death. Today, there is an expanding armory of proven prevention tools; new HIV infections have been reduced in more than 33 countries; and there are more drugs to treat HIV than for every retrovirus in history combined.  Annual treatment costs have been reduced 100-fold and AIDS treatment has been expanded 60-fold to reach 8 million people worldwide in the largest-ever expansion of lifesaving treatment.

As the pace of scientific progress accelerates, even greater breakthroughs await us.

Nowhere is this amazing progress more evident than in Africa. At its peak in Eastern and Southern Africa, AIDS was responsible for 50-70% of bed occupancy and two-thirds of all adult deaths. Let each of us simply try to imagine experiencing this in our own neighborhoods. In my country, Zimbabwe, hospitals overflowed with emaciated, dying people, nurses and doctors were undertakers, hospitals were hospices, and an entire society’s social life rotated from hospital beds to funeral gravesides. Coffin-making was the fastest growing business, lining miles of roads to overcrowded cemeteries.

Today, Africa boasts seven of the 10 fastest growing economies. Let’s not underestimate how much successful AIDS responses have contributed to the continent’s regeneration. Major behavior change and the amazing expansion of life-giving AIDS treatment breathed life and hope into a dying continent.

And so it is fitting that we meet 25 years later in Washington to honor achievements borne of improbable partnerships: between the activists and scientists who forged the global AIDS response; and the local communities and taxpayers who mounted the world’s largest global health initiative. How fitting that we can thank U.S. taxpayers for their generosity in their own capital.

We meet at an inflection point, poised between hope and fear:  hope that we may transform progress made into an end to AIDS; and fear that our successes have made AIDS less visible and less urgent and that we may falter before the headwinds of competing priorities and darkening global economic clouds. When we succeed, we’ll end a scourge and create greater space and resources for other pressing global challenges.

AIDS shines a light on the worst and best in us. When we respond with superstition, prejudice or pettiness, we are at our worst. When we respond with reason, science, public health principles, compassion, and the conviction that diversity and each individual matters, we are at our best. When we measure ourselves against these principles, it is clear how much progress we have truly made.

At its best, scientific and social progress against AIDS exemplifies how much more intelligent we’ve become as a species. It exemplifies the unprecedented progress we have made in recent decades against poverty, ignorance, and disease. For all the challenges we face, there has never been a better time to be alive. Let this conference show the world that we are intelligent, optimistic, bold, and resolute enough to finish the job. The President of the World Bank says that lessons from AIDS activism should be used to end poverty. This is wise. But his examples were not complete.

By far the most important lesson is that preventing the AIDS epidemic would have been far, far less costly than fighting it.

By far the most important lesson is that preventing the AIDS epidemic would have been far, far less costly than fighting it.

The activists need to urge prevention of the future diseases, which will infect and kill our children. We do care about the next generation! What has the World Bank done about preventing the future epidemic diseases? The President mentioned nothing on this. There must be systems for prevention. Are there?

If the diseases are allowed to spread out of the bushmeat in Africa and Asia and the pigpens and farms in developing countries and infect people (like AIDS), these epidemics and pandemics will wipe out decades of poverty reduction progress.