Back from the Cold: Russia Confronts Tobacco 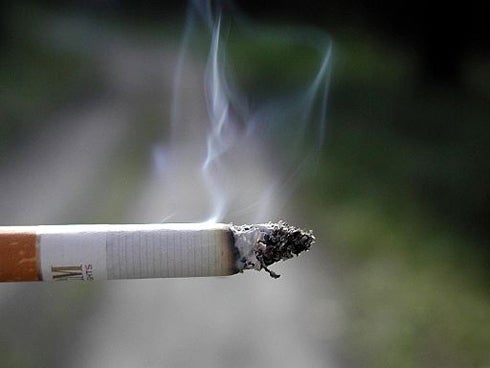 You might have missed it over the winter, but Russia achieved an important public health milestone that deserves applause: It enacted a national law that bans smoking in public places and restricts cigarette sales, joining a growing number of countries in making tobacco control a health priority.

I recall, working in Russia in the mid- and late 2000s, the sense of gloom that prevailed about the poor health conditions of the population.  Indeed, in a report that the World Bank prepared in partnership with the Russian Ministry of Health and the World Health Organization (WHO), we documented that Russians were “dying too young,” the main causes driving this phenomenon, and its enormous demographic, social and economic toll.

It was obvious then, as it is now, that a major culprit of the demographic and health decline in Russia is the widespread use of tobacco, which is linked with the country’s high rates of cardiovascular diseases (some of the world’s highest), many cancers and chronic lung diseases.  According to the 2008-10 Global Adult Tobacco Survey (GATS), there are nearly 44 million smokers in Russia, and almost every Russian is exposed to secondhand smoke in bars and restaurants. One in three Russians is exposed to smoke in the workplace, and it is estimated that smoking claims 330,000-400,000 Russian lives every year.

While Russia ranks number one in smoking rates among countries surveyed, cigarette smoking is the single most preventable cause of disease and death in the country.  And the future disease burden will be influenced by the already high rates of smoking in adolescents and young adults of both sexes in the country.

By the late 2000s, the rising cost to public health from smoking could no longer be ignored.  From the highest offices in the Kremlin and the State Duma, to the Ministry of Health, regional governments and civil society, a consensus begun to emerge about the need to combat the tobacco epidemic as part of a broader effort to improve the poor health conditions of the population.

The stark reality underlying this shift was that mortality among Russian men had increased by 60% since 1991 -- four to five times higher than the European average -- contributing to the precipitous decline in life expectancy among males, to a low of 58 years in 2004 from the peak of 65 years in 1964, while women lived 14 years longer.

Although male life expectancy has risen  in recent years to 63 years and life expectancy for women is now  75 years, poor health conditions, alongside declining fertility below replacement levels,  have led to a significant decline in the total size of Russia's population, from 148 million in 1991 to 141 million in 2011.  Annual productivity loss from smoking-related premature mortality was estimated to reach US$ 24.7 billion, or more than 3% of the GDP, in 2008. Additional losses from morbidity and health care expenditures related to smoking compound this loss.

The growing political and social momentum toward addressing Russia’s high burden of preventable illness contributed to the decision by the Russian government to ratify in April 2008 the Framework Convention on Tobacco Control (FCTC), a global treaty adopted by the 56th World Health Assembly in 2003, which has now been signed by 168 countries covering close to 90% of the world’s population.

And on February 23, 2013, Russian President Vladimir Putin signed a long-awaited, comprehensive law that will ban smoking in most public places and restrict cigarette sales in the world's second-largest tobacco market after China (Russia’s tobacco market was estimated to be worth US$22 billion in 2011). The law, which will ban smoking on municipal transport, at railway stations, in lifts, bus stations and administrative buildings, as well as in health facilities and schools beginning June 1, 2013, will come into full force in 2014, covering other venues such as ships, long-distance trains, train platforms, hotels, cafes and restaurants.  It will also ban sales of tobacco products at street kiosks, restrict advertising, and set minimum prices for cigarettes, which now cost less than US$2. 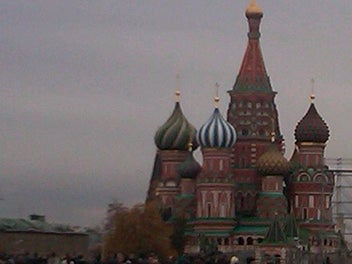 On this year’s World Health Day, celebrated on April 7, the Russian people and the global health community should rejoice. The enactment and implementation of this momentous law puts Russia on the right side of public health history.  Its measurable benefit in years ahead will be less ill health and disability, countless lives saved, and a more productive and healthy population.

To paraphrase Boris Pasternak in his timeless novel Dr. Zhivago, perhaps “Mother Russia is on the move, she can't stand still, she's restless and can't find rest” -- hopefully until the tobacco curse is overcome.

Dying Too Young: Adressing Premature Mortality and Ill Health due to Noncommunicable Diseases and Injuries in the Russian Federation

Economics of Tobacco Taxation in Russia

Adult Health in the Russian Federation: More Than Just A Health Problem

I was very excited to learn about the recent tobacco control policy development in the Russian Federation. Researcher at the International Tobacco Control Research Program (ITCR) of the American Cancer Society (ACS) helped to generate some of the information that Russian policy makers considered when voting on this tobacco bill. ACS conducts and supports global cancer control research with a particular focus on saving lives through tobacco control. Russia can benefit not only from the analysis provided by the ITCR, but also from data we assembled for the 4th edition of the Tobacco Atlas (www.tobaccoatlas.org). The chapters on tobacco prices and taxes clearly demonstrate that Russia lagged behind most of the world when it comes to the level of cigarette excise taxes. I hope that this new law is the beginning of new era in which tobacco excise taxes will be used not only for revenue generation, but also for achieving public health objectives by lowering tobacco consumption in Russia.

Bloomberg Philanthropies announced this week that the Bloomberg Initiative to Reduce Tobacco Use Grants Program has awarded 500 grants since 2007. The Bloomberg Initiative Grants Program was designed to provide direct funding to governments and non-government organizations located in low- and middle-income countries to support development and implementation of evidence-based tobacco control activities. Since inception, the program has distributed $100 million in grants to more than 70 countries. More than 5 billion people—almost 75 percent of the world's population—live in a country that has received a grant.

It is a good thing that Russia made a move towards the tobacco problems. But I was wondering if the ban is enough. I guess the government should resolve the problem by increasing the awareness to their people about the tobacco's effects and try to resolve the issues related to improve the health conditions.

The comprehensive law being signed in Russia should really do well with the countless lives being put at risk simply by smoking. Moreover, I strongly believe also that the law can also cut the chances of the vice's negative social influence or impact. If smoking will not be tolerated on public areas, there's a chance that there'll be lesser future smokers as well.

Thanks for your comments Sarah. A comprehensive body of measures is indeed needed as you suggest. Smoking is extremely popular in Russia, with low cost of cigarettes being a major contributing factor. The most effective way to reduce tobacco use is to raise the price of tobacco through tax increases. Higher prices discourage youth from initiating cigarette smoking and encourage current smokers to quit. Currently, prices for tobacco products in Russia are so low that smokers and potential smokers have no economic reason not to purchase them. Cigarettes are so cheap – cheaper than many household items – that they pose no serious financial hardship to even low-income consumers. So building upon the excise tax increases on cigarettes adopted in 2009-2010, the expectation is that the new law will lead to the adoption of higher taxes and hence to higher prices for cigarettes.

The World Bank recommends adopting tax policies of countries with comprehensive tobacco control policies where tobacco consumption has fallen. Such countries such as the United States, England, Canada, and Australia, have tobacco taxes between two-thirds to four-fifths of retail price. Russia may need to consider a different higher rate to bring the current, extremely low prices high enough to the levels of other G-8 countries to have a real impact on reducing smoking rates. Increasing the price of tobacco through tax increases will decrease its consumption, save lives and raise tax revenue.

And to shift social norms, besides banning smoking in public places as the new law mandates, information, communication and education campaigns are required to increase awareness of the dangers of smoking and exposure to second-hand smoke, promote the benefits of quitting and the availability of cessation services, launch targeted, hard-hitting counter-advertising campaigns, develop materials and resources for lay and provider audiences, and promote a tobacco-free society as a major social and public health law.

Thanks for your comments Olivia. As you indicate, countless of lives are being put at risk everyday simply by smoking or being close to a person who smokes or by being in an indoor area where people smoke--e.g., a restaurant, a movie theater, or a hospital.

Tobacco smoke pollution, also known as secondhand smoke is a mixture of over 4,000 chemicals released from burning cigarettes. This deadly mixture includes over 250 toxic or cancer-causing chemicals. Exposure to tobacco smoke causes a wide range of immediate and long-term health effects.

The only effective way to protect against secondhand smoke is to have 100% smoke-free laws. Partial and voluntary measures will not work! Effective implementation and enforcement of comprehensive smoke-free laws as it is the stated goal under the new law adopted in Russia– banning smoking in all indoor locations – can significantly prevent second hand smoking exposure and prevent the harmful effects from it.