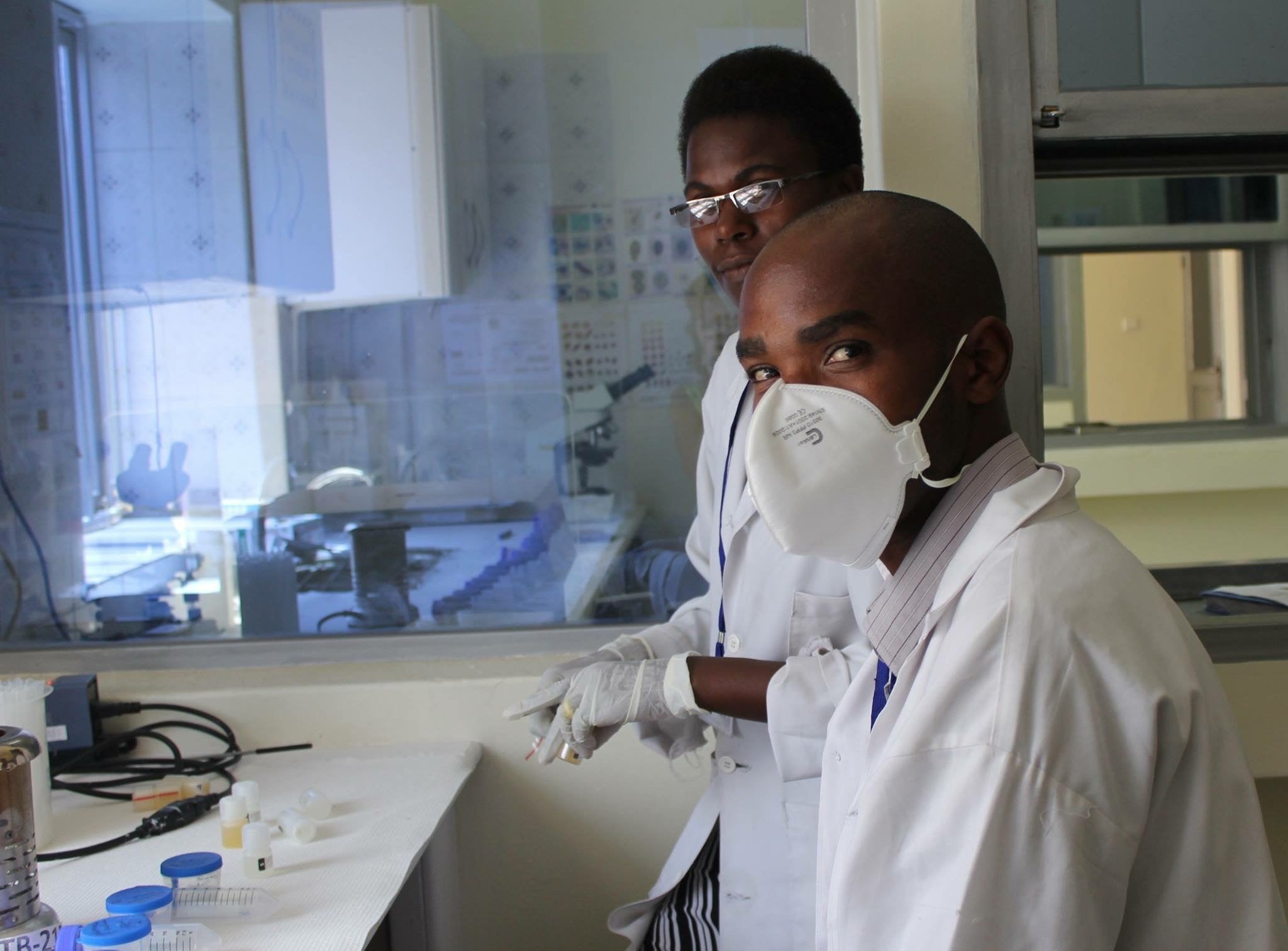 Under the East Africa Public Health Laboratory Networking Project, diagnostic capacity has been strengthened through the construction of state of the art laboratories. © Miriam Schneidman / World Bank Group 2018


My interest in public health began in childhood and was marked by my experiences growing up in a low-income country with limited public health infrastructure. I felt firsthand the impact of an inadequate public health system when a beloved cousin succumbed to AIDS. My mother suffered a prolonged, resistant infection with complications after invasive surgery, and my family constantly battled malaria due to drug resistance or counterfeit drugs.


I did not realize it then, but the early stages of my life set me on a career path in public health and the fight against antimicrobial resistance (AMR). Thirty years later, I am an infectious disease epidemiologist with the Navy and Marine Corps Public Health Center, and my world has come full circle.

This summer, I was honored to work with the World Bank Africa Region on an AMR field assignment supporting the East, Central, and Southern African Health Community (ECSA-HC) in Arusha, Tanzania as part of a leadership development program sponsored by my employer. I was elated to take on the challenge of supporting participating countries (Burundi, Kenya, Rwanda, Tanzania and Uganda) under the Bank-funded East Africa Public Health Laboratory Networking Project to expand their AMR capacity.

My assignment was to advise in the development of an antimicrobial stewardship program that could be adapted to multiple countries in East Africa. We needed to outline an approach for implementing  the core elements that constitute an antimicrobial stewardship program in resource-constrained settings. My role included providing recommendations and lessons learned from my experience with AMR program implementation in the Military Health System in the United States (US).

During the kick-off session in Tanzania with the project team, it was quickly apparent to me that my preconceived recommendations would not apply to East Africa. My assumptions about what would work were based on a different setting. The idea of merely scaling or transferring AMR programs from high-income countries like the US to low-income countries with resource constraints would not work. I quickly realized that efficient, well-funded, and mature healthcare systems are critical to  success in antibiotic stewardship programs in the western world.

At a minimum, effective stewardship programs include a well-developed reporting and surveillance system, sufficient diagnostic capabilities, a trained workforce, and active regulatory system. Countries in East Africa have made some progress in these areas but more needs to be done. Laboratory capacity and diagnostic capabilities are improving but continue to face challenges. The region needs a centralized monitoring system that tracks demand, supply, and use of antimicrobials inside and outside the healthcare system. Access to antibiotics is uneven throughout the region, which impacts prescribing practices and bacterial resistance patterns, and insufficient policy enforcement can hinder drug procurement, control, and access. These challenges impede progression and implementation of any antimicrobial stewardship efforts.

To meet these challenges, countries in East Africa will require creative, collaborative solutions to leverage and consolidate resources. To maximize resources in the region, the inclusion of antimicrobial stewardship strategies should be adopted as a standard and integral part of other infectious disease management efforts. For example, stewardship interventions can be integrated into well-funded malaria control efforts, and funded laboratory initiatives can be easily scaled to include AMR surveillance capabilities.

All communities must recognize that increasing drug resistance undermines health outcomes of all  public health initiatives. There must be a fundamental shift from the conception and development of separate, parallel public health programs to a single, synergized effort, one that would provide the flexibility, scalability, and resources to support more than one public health goal at a time.

AMR containment efforts could be the start of a paradigm shift in public health planning in resource-constrained regions. We must remember that drug-resistant bacteria do not recognize borders, and it is imperative that AMR containment is a global effort of collaboration, shared technical and financial resources, and grassroots participation. Only then will we help to spare others the grief, fear, and illnesses of my childhood.