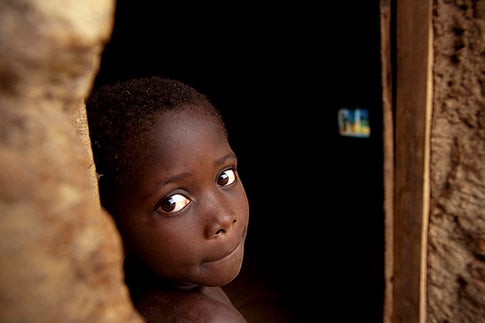 Last week marked the start of the final 1,000 days to the end of the Millennium Development Goals (MDGs). As the international community discusses achievements and challenges of the MDGs since the year 2000, discussions are also intensifying around the post-2015 development agenda. Many call nutrition the “forgotten” Millennium Development Goal, given continued low levels of development assistance resources in support of nutrition and the lack of progress on child underweight (MDG1c). But if we look to the future, what do international experts have to say about how nutrition should be included in the post-2015 development agenda?

The governments of Spain and Colombia, along with the World Food Program (WFP) and the UN Food and Agricultural Organization (FAO), led a high-level meeting on Hunger, Food Security and Nutrition on April 4 to discuss these issues in the context of the post-2015 development agenda. The meeting is part of the UN-led process on the post-MDG framework, which includes global discussions and consultations on different themes such as health and jobs held over the course of nearly one year.  The results of these discussions will be summarized and fed into the U.N. Secretary General’s report to the United Nations General Assembly in September 2013.

In support of the global nutrition community’s own dialogue on where and how to address nutrition in the post-2015 period, the World Bank and the Bill & Melinda Gates Foundation, along with other development agency partners, hosted a consultation of nutrition experts on February 20 in Washington D.C.  While achieving consensus was not the intended goal of the half-day event, a number of important common themes and ideas emerged from the presentations and discussion.

Hunger, food insecurity, and malnutrition continue to be inextricably linked, critically important drivers -- as well as results of -- global poverty. Despite progress, 165 million children under five years of age are stunted, and while the proportion is declining in several regions, the number of stunted children is rising in sub-Saharan Africa.  In addition, 52 million children suffer from wasting, with little improvement globally since 1990. For most of these children, the damage to their growth and development is irreversible, and the costs to governments will be felt far into the future. Experts gathered at the February meeting agreed that this is an unfinished agenda requiring focus and specific attention in the successor framework to the MDGs.

There are several ways to address nutrition in the post-2015 framework. Many see a single nutrition goal, reflecting the UN Secretary General’s Zero Hunger Challenge and incorporating the World Health Assembly-endorsed indicators, as the best approach. A powerful, alternative approach would integrate key nutritional indicators into multiple sectors’ goals, recognizing that nutrition is a building block for these sectors as well as an outcome of multisectoral inputs.

Consultation participants agreed that child stunting must be considered a top priority nutrition indicator, given its power to capture poor health, diet, and caring practices during the 1,000-day ‘window of opportunity’ from pregnancy to age two, as well as inequity and chronic conditions of food insecurity. and

Similarly, participants recommended child overweight for tracking and inclusion in the post-2015 MDGs given its increasing prevalence and emerging contribution to death and disability around the world. The group agreed that additional important indicators should include child wasting, exclusive breastfeeding, anemia in women of reproductive age and low birth weight.

Of 7 billion people in the world, 870 million will go to bed hungry tonight. It is crucial to accelerate efforts to build agricultural systems that are resilient to climate change, that can sustainably produce more food and also decrease wastage. The global health, agriculture and nutrition communities also need to ensure that those who need more food have access to it. A continuing challenge for nutrition is addressing equity. We need to reach the most vulnerable and disadvantaged populations with a package of key interventions to prevent and treat malnutrition in all its forms.

We must also focus on the persistent need for improved data collection. We need to gather better data more frequently, particularly on micronutrients, diet quality, and the location of the malnourished poor. These efforts will help to drive commitment and accountability for achieving our goals.

Nutrition in the Post-2015 Agenda: Report of an Expert Consultation

World Bank and the MDGs