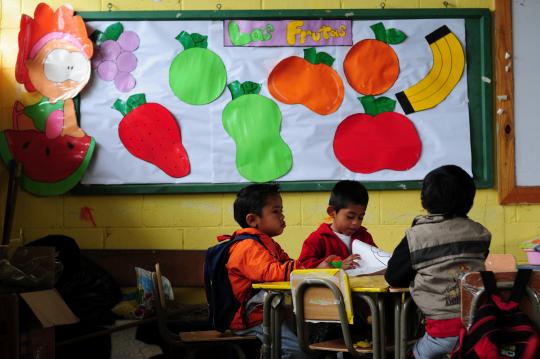 I recently read in a newspaper about a video of an obese 12-year-old who collapsed at school in Mexico and later died from a heart attack.  Although the newspaper could not certify the veracity of the video, it is an awful reminder of the large burden of overweight and obesity, suffered not only by adults but children in Mexico and other developing countries.

Although there is no silver bullet for the prevention of childhood obesity, there is increasing evidence highlighting the importance of comprehensive school interventions that not only educate children on better nutrition and the importance of physical activity, but also change the environment at school to make it easier for children to have access to better nutrition and opportunities for physical activity.  These interventions should be part of a more comprehensive policy that also includes population-based interventions and other community-based initiatives.

Changing the food environment by regulating what children can consume in the schools is often more complex than it seems.  Primary schools, as well as primary health care services in many countries, are not the responsibility of central governments but of provincial and often municipal governments.  Thus, even if central governments have responsibility for regulating what children can consume at school, they are often not in charge of implementation or monitoring, and their role is hampered by difficult coordination.

In addition, school cafeterias are often not fully under the control of the schools.  In many instances, they are managed by private and civil society organizations, including parent-teacher associations.  In the latter case, the resources collected in these cafeterias are commonly used for needed educational activities; thus, any regulation on what can be sold in these cafeterias could generate opposition within the schools since it might reduce the revenues they generate.

Finally, because eating habits are formed early on in life and because children can be an important market segment for some processed foods.  In 1997 for instance, children in the US spent US$ 1 billion each of their own money on sweets and soft drinks [see Marion Nestle, Food Politics], reducing or altogether banning the sale of certain processed foods might also generate staunch opposition from the industries that produce them.

In 2010, a law was passed in the United States to regulate food offered in schools -- not only the food that is subsidized as part of the National School Lunch and Breakfast Programs, but also the food that is sold “competitively” within the school premises.

Although the U.S. “Healthy, Hunger-Free Kids Act” became law in 2010, its implementation has faced difficult challenges, including strong opposition from the School Nutrition Association (whose members are in charge of school meal programs), the food industry, and members of Congress. The same negotiations, and in some cases outright battles, are being fought in many countries trying to improve children’s diets and health.

Also in this hemisphere, Mexico was one of the first countries to be successful in regulating what can be served in school cafeterias.  Under this multisectoral effort, the Health Secretariat worked very closely with the Public Education Secretariat, both at national and sub-national level, generating a regulation that bans sugar-sweetened beverages from schools and foods with low nutritional value.

This was not an easy policy to design and implement. It received much opposition from the food industry, but it was finally passed and recently revised and updated.  It also generated a regional example, which together with that of Brazil, which set nutrition standards for foods included in the national school food program, has now been followed by other countries in the region, including Costa Rica.

Understanding the challenges faced in the design and implementation of these policies is key to their successful implementation.   Learning from successful experiences such as Mexico’s can help other developing countries better face these challenges. This was precisely the aim of a recent publication of the process of design and implementation of different multisectoral policies in Latin America, where the case of Mexico’s regulation of what can be offered at school premises was reviewed.