In the Sahel, Accelerating the Demographic Dividend 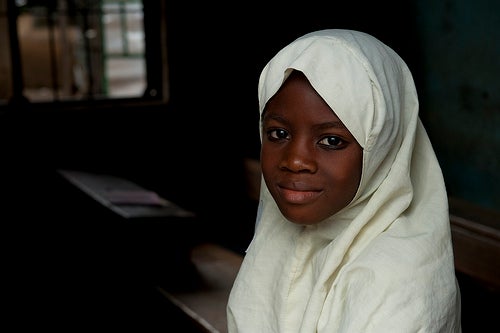 As we observe World Population Day on July 11, there is new momentum in Africa’s Sahel region to achieve an important milestone in many nations’ path to economic prosperity – realizing the demographic dividend.

I’ve just returned from a meeting in Dakar, Senegal, which was a follow-on to a November 2013 “call to action” on the demographic dividend by President Issofou of Niger and World Bank Group President Jim Yong Kim, as well as U.N. Secretary General Ban Ki-Moon’s response to this call.  At the meeting, government ministers from six Sahelian countries* expressed full support for a proposed regional project expected to be financed by the World Bank to help their nations capture the demographic dividend.

Countries that have achieved a demographic dividend did so through a rapid demographic transition, with declines in mortality leading to adults making the decision to have smaller families. This combination leads to a relatively rapid increase in the working age population, as a “youth bulge” from increased child survival is followed by a lower number of births.  Educated youth are then able to find employment thanks to economic policies that create jobs.

The dividend is not automatic – many countries have missed it. Timing will be critical. The Sahel’s best window of opportunity lies in the next 15 to 20 years, and many in the region are optimistic. Child mortality is declining, and the region has seen improvement in girls’ school enrollment.  There is much dynamism across Africa, and many local economies are growing rapidly, which creates potential fiscal space for improving social services. How can governments seize the day? 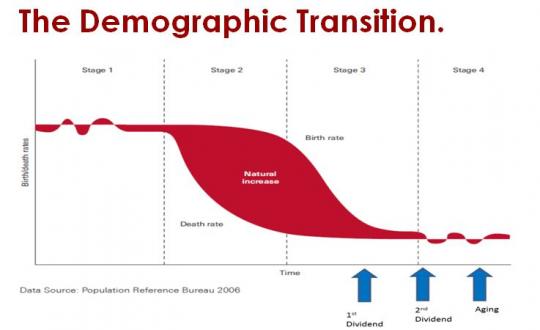 Speeding up demographic transition will depend on improvements in child and maternal mortality, malnutrition, girls’ education, and access to, and improved delivery of reproductive and maternal and child health services. No country in the world has achieved the demographic dividend without a significant investment in access to family planning. This should be integrated in national health systems and delivery mechanisms, supported by effective supply chains and sufficient, quality health workers.

One theme came through strong and clear: While the path to reaching the demographic dividend will vary, women’s and adolescent girls’ empowerment is a prerequisite for any country that has made the transition. Increased demand for, and use of, quality reproductive maternal and child health services, consistent with a voluntary informed choice approach, is a natural corollary of such empowerment. Enhanced girl’s participation in society, and delayed marriage and pregnancy are equally significant outcomes.

The proposed US$200M regional project – supported by the World Bank in partnership with UNFPA -- would support approaches and synergies at the regional level to supplement national investments. On the supply side, strengthening supply chains and last-mile distribution systems, as well as improving training and certification of midwives and other front-line health workers, are areas where governments have requested specific assistance.

Partners such as the West Africa Health Organisation (WAHO), SECONAF (Sécurité Contraceptive en Afrique Francophone), UNICEF, USAID, and representatives of the Bill and Melinda Gates Foundation, among others, expressed their support for the project and committed to complement project activities. A ministerial commitment to act –the “Dakar Declaration” -- was signed by all ministers, pledging to sustain action on this front.

In each country, many actors will need to be mobilized to bring these changes forward.  Religious leaders, community leaders, fathers, husbands, and women themselves are needed in the effort.  Youth in particular will need to take a lead role.

Governments across the Sahel are showing strong political engagement in addressing one of the fundamental challenges and opportunities facing their region. There is hope. Conversations between countries around the new regional project appear to be infusing new energy and enthusiasm in taking on the difficult challenges necessary to bring about this change.

It is too early to tell if these conversations can catalyze a movement that could empower Africa’s youth, especially girls.  We do know, though, that a coordinated, regional effort to help these nations achieve the demographic dividend could have a significant effect on ending poverty and boosting shared prosperity.

*Ministers of finance, health, gender, youth, social affairs, and planning from Burkina Faso, Chad, Cote d’Ivoire, Niger, Mali, and Mauritania attended the meeting, along with more than 70 senior government representatives and partners from WAHO, UNFPA, USAID, UNICEF and others.