Coping with the Crisis. Lessons from Latvia, Albania, and Romania

Many of the hardest hit countries during the recent financial crisis were in Eastern Europe — and now the prospect of a "jobless recovery" is a real concern. Although the level of output has risen and growth has resumed, unemployment rates are still above pre-crisis levels, especially for youth. In addition, the episodes of unemployment are increasing in length, with a significant share unemployed for over a year. 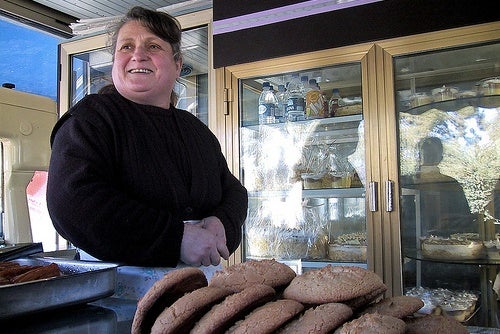 At the recent South-South Learning Forum in Hyderabad, India, I spoke with members of the ministries of labor in Latvia, Albania, and Romania about how their countries have coped with the recent financial crisis and the lessons they've learned about how to tackle stubborn unemployment. The consensus was that the top policy priority must be expanding job creation—although the countries varied in the steps they were taking to do this—and must be coupled with adequate, and efficiently provided, social assistance.


Worries about a jobless recovery

For the three Europe and Central Asian (ECA) countries the impact of the crisis in 2008 in terms of growth in GDP per capita was sharp, but the extent of declines varied. Latvia was hit the hardest, followed by Romania, while Albania didn't even experience a recession (Figure 1). On the employment side, not surprisingly, Latvia also experienced the sharpest rise in unemployment overall, especially for youth unemployment (Figure 2). Albania, while not experiencing as much of a slowdown in growth, did see youth unemployment rise. Romania managed to avoid a wild a swing in unemployment.

Source: World Development Indicators; data for Albania is not available for all years.

So what are these ECA countries doing to improve the labor picture?

In Latvia, beyond expanding social assistance programs, there has been a debate as to whether it would be appropriate to protect jobs and not just workers. With such large job losses, there could be a rational for trying to stem them and avoid excess destruction. However, Ilke Zvidrina, the Deputy Director of the Labor Market Policy Department in the Ministry of Welfare, is largely skeptical of such plans. Certainly in some sectors, such as construction, pre-crisis employment isn't sustainable, and intervening in other sectors to protect jobs is also seen as ineffective. Instead, the government's priority is to reallocate resources to help people move to new jobs. Could foreign direct investment (FDI) be attracted to help create these new jobs? She believes it could help, but the scale of the challenge is too large for it to offer a complete solution.

In Albania, Kastriot Sulka, Deputy Minister of Labor, Ministry of Labor, Social Affairs and Equal Opportunities, also examines ways the government is trying to create more jobs. He points to two areas where government spending could help create jobs. The first is higher infrastructure investment, because it both directly provides jobs in the building of the infrastructure itself and indirectly boosts the access to markets of those communities connected to the new infrastructure. Thus expanding the road network has been seen as a way to expand opportunities in rural areas where unemployment has been particularly high. The second is greater promotion of Albania's tourism industry. There are also synergies between the two approaches, with improved infrastructure facilitating the ability to move around the country. At the same time, he says, Albania is focusing on social assistance programs, such as the minimum wage and pensions. Plus he notes that the Ministry of Labor is coordinating the broader activities on the part of many ministries, assessing the impact on vacancies and new jobs.

In Romania, Lacramioara Corches, the General Director of the Directorate of Social Assistance in the Ministry of Labor, Family and Social Assistance, underscores the need for active labor measures to help lower youth unemployment and possible later retirement ages for older workers who would like to keep working. As for the beneficiaries of social assistance, some of them should be encouraged to re-enter the labor market while others require better targeted help. She stresses that information technology could play an important role in streamlining social assistance programs, improving targeting and payment systems, and reducing fraud.


The private sector and IT

Overall, the relative emphasis put on the need to create more jobs matched the rise in unemployment across the countries. It dominated Zvidrina's (Latvia) comments, and was a prominent theme for Sulka (Albania), while Corches (Romania) focused more on the issue of better social assistance programs. Although each country offers a range of active labor market policies, these speakers agreed that to be sustainable, private sector growth was needed, with Zvidrina making this point most forcefully. They also agreed that improving the targeting of social assistance was important not only for budgetary reasons but also for the incentives it provides for people to actively seek employment. However, it was new advances in IT that most animated the exchange between them and other colleagues.