Viktoria Hnatkovska is an Associate Professor at University of British Colombia’s Vancouver School of Economics. 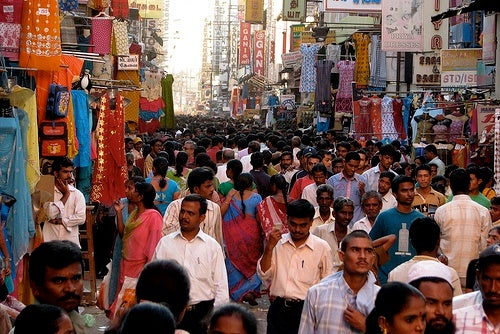 The inequality between rural and urban locations is one of the largest contributing factors to the overall economic inequality in a country. Yet there are a lot of unanswered questions about the sources of this inequality, such as how structural transformation – namely the movement of labor from low productivity sectors like agriculture to higher productivity sectors like industry – affects the rural-urban divide. To shed light on this question, Amartya Lahiri (University of British Columbia) and I recently wrote a paper on what occurred in India between 1983 and 2010. This period is particularly interesting as it is the time when India had a well-publicized take-off  in growth, accompanied by a shrinking agricultural sector (both in terms of output and employment) and an expanding non-agricultural (industry and service) one. In addition, with over 800 million people still residing in rural areas in India in 2011 the scale of the potential disruption introduced by this process is massive. Our findings highlight that over the past three decades, there has been a rapid wage convergence between urban and rural areas – with the fast growth of the urban labor force playing a major role.

We start by looking at what has happened to the wage gap between the urban and rural sectors between 1983 and 2009-2010, as illustrated in the figure below. The horizontal axis shows the percentile of the wage distribution (from poorest to richest, with the median at 50), while the vertical axis gives the percentage urban-rural wage gap (from lowest (-0.30 or 30%) to highest). We see that back in 1983, the urban-rural wage gap heavily favored urban workers, but by 2010, it had declined precipitously, except for those between the 75th to 90th percentiles. Overall, the unconditional median wage premium of urban workers declined from 70% to 11%, while the mean wage gap fell from 51% to 27% – a rate of wage convergence that is very large and somewhat unexpected. Source: Employment and Unemployment surveys of the National Sample Survey (NSS) of households.
Note: A negative wage gap means that rural wages are higher than urban wages – the case for the poorest Indian workers (bottom 20%) in 2010.

What is behind these developments? One possibility is that individual characteristics – such as demographics (age, gender composition, family size, caste composition, etc.) and education – of urban and rural workers have become more similar in India during the past 30 years. Indeed, our analysis shows that these characteristics have been converging, with education showing the most pronounced changes. In 1983, rural workers possessed just 2.2 years of education, while urban workers had 5.8 years, implying a 164% gap in educational attainments. But by 2010, both groups had increased their education years rapidly – to 4.7 years in rural and 8.4 years in urban areas – implying an education gap of 78%. Overall, we find (using a simple decomposition exercise) that converging individual characteristics can explain about 40% of the observed wage convergence. Note that these are the standard variables used by economists to account for wage differentials.


The Power of Urbanization and Higher Productivity

So what can explain the remaining 60% share – that is, the bulk of the wage convergence? We argue that aggregate shocks affecting the Indian economy – notably urbanization – played a vital role. Indeed, urbanization has been one of the striking developments in India over the past few decades, with over 31% of the population now living in cities, up sharply from 23% percent in the early 1980s.

Urbanization can occur through several channels:

What other aggregate factors could be at play? Our study finds that changes in the productivity of various sectors – notably the increase in agricultural and non-agricultural productivity– have also contributed to the structural transformation process and rural-urban wage convergence in India, although less than the changes occurring from urbanization. Altogether, we find that aggregate factors explain 44% of the observed decline in urban-rural wage gaps (in other words, 73% of the 60% “unexplained” portion)

That said, our emphasis on urban agglomeration has broader relevance since it highlights the force that has been present not only in India but also in a number of other developing countries that have been going through the structural transformation process. However, the process of urban agglomeration and its effects are still poorly understood and thus require further research.