Central America, optimizing the cost of energy through renewables


Some months ago, during a visit to one of the Central American countries, while we were on a call with the head of the electricity dispatch center, we noticed by the tone of his voice, that he was becoming nervous. Shortly after, background voices could be heard on the line. They were experiencing a crisis and he quickly asked to continue our conversation at another time.

Two minutes later, the country suffered a national blackout due to a sudden loss of power generation equivalent to more than 12% of demand. These types of blackouts are typical for countries incorporating significant amounts of variable renewable technologies for power generation, such as solar photovoltaic (PV) and wind.

Our concerns about the effects of variability on the system’s security were materializing. We deemed necessary to collaborate with the Central American countries to enhance their management of power spinning reserves and incorporate dynamic and modern methodologies to operate the power grid in line with the new reality.

Central America is progressively increasing the participation of unconventional renewable energy in their power generation mix for several reasons. Firstly, they have low-diversified power generation matrices that are highly dependent on oil and hydro. This low diversification makes Central American countries vulnerable both to the volatility of international oil prices and to the effects of climate change, such as more intense and prolonged droughts. Secondly, these countries have established international commitments to mitigate, adapt and try to reverse the effects of climate change by reducing their greenhouse gas (GHG) emissions. These factors show a firm commitment toward clean and sustainable energy.

Although variable renewable energy –solar and wind–  solve part of the problem, it is important to take into consideration that these generation sources require a more specialized system management due to their intermittent availability. Without a custom approach, power systems can easily shift to emergency status –resulting, for example, in a greater number of blackouts–.

To facilitate the integration of these energies in the Central American countries, through increased technical capacity, the World Bank designed a regional intervention supported by the Korea Green Growth Trust Fund (KGGTF), the Energy Sector Management Assistance Program (ESMAP) and the Spanish Fund for Latin America and the Caribbean (SFLAC).

This regional intervention will improve the Central American countries’ ability to adapt and mitigate –in a timely manner– the effects of the variability of non-conventional power generation sources through an optimized management of the system’s spinning reserves. To this end, specific solutions adapted to each country’s needs are being developed. This tailored-made response is based on a common philosophy which facilitates the pathway for regional integration. It is also bringing lessons learned from Europe and other countries in the Americas, as well as cutting-edge technologies trends from South Korea.

The objective is to develop dynamic methodologies –to replace the static existing ones– for the calculation of spinning reserves. These must be based not only on estimates of potential demand and consumption variations, but also on power generation estimates and meteorological forecasts. By incorporating probabilistic methodologies and high-standard security parameters, the new methodology aims at using spinning reserves according to the actual needs of the system at all times. As a result, the Central American countries will improve their level of control over their own power system and electricity supply.

Additionally, the new management approach will securely increase the amount of variable renewable energy sources in their generation matrices and thereby optimize the cost-benefit ratio. Guatemala, for example, estimated that the use of the new methodology will allow annual savings of about 40 million USD, in addition to improving quality and reliability of the power grid, and while also significantly reducing GHG emissions.

Thanks to the new management approach and the contribution of the World Bank –in the form of global knowledge as well as financial and technical assistance– the countries of Central America soon will be able to position themselves alongside countries at the forefront of variable renewable energies integration, in a harmonized and strategically-planned fashion. 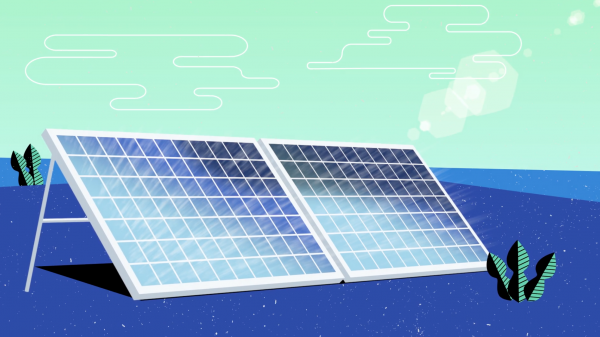 Really interesting project of the world bank that will have a positive impact on the environment. The provision of energy for population that also respect the environment is essential, we have all the means to do that.