The challenges of bringing development to the remote areas of Colombia 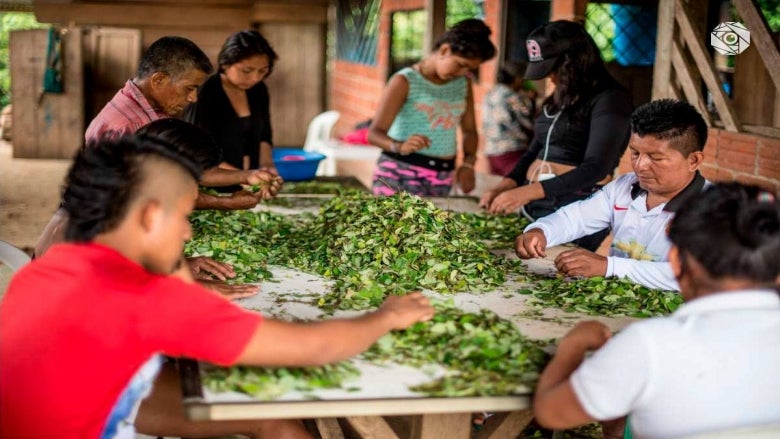 In 2017-18 we visited the Meta department in Colombia on multiple occasions. Located right where Colombia’s Llanos Orientales (Eastern Plains) disappear south into the vastness of the Amazon rainforest, this area of the size of Belgium, the Netherlands, and Luxembourg combined is a magical spot in the world’s second most biodiverse country.

Meta is not a poor region - it boasts some of the nation’s largest oil reserves. Highly fertile soil and multiple thermal floors have created a boom in agribusiness in recent years, while its geographic proximity to Colombia’s capital has more recently led to a thriving tourism industry.

Despite having made significant progress on many fronts, this region still faces critical challenges. On our last visit, we had the opportunity to chat for hours with several small-scale farmers from south-western Meta – a sub-region where economic development has been seriously damaged by the cultivation of coca leaf, the raw material used to produce cocaine.

According to UNODC figures, in Colombia over 106,000 small subsistence farmers – including ethnic minorities - depend on coca leaf cultivation and collection in extremely remote and marginalised areas.

Leonor, a 33-year-old single mother and community leader, had to travel by boat, car, and bus for nearly 25 hours to get from La Macarena to Villavicencio, the capital of Meta. Pedro, a 57-year old small-scale farmer from La Uribe’s rural area had a thirteen-hour bus journey, and so did Linda, a young joropo dancer and teacher from Vista Hermosa who sat on a rustic chiva bus for many hours and then on another bus for nearly seven hours. All of them were travelling to Villavicencio to attend a meeting convened by EcoAMEM – a community-driven ecotourism operator. After their meeting we sat together and chatted.

Leonor started by asking whether we had been to Caño Cristales, or the so-called ‘Liquid Rainbow River,’ which many describe as the most beautiful river on earth. She spoke proudly of her river’s many colours, but her concerns became evident within minutes.

“Most of us have small projects, and we are fully committed to the substitution of coca leaf crops – these have only brought problems.  However, we do not have paved roads. Boat travel in the Amazon region is very expensive, and when we eventually manage to bring our products to the big cities, they are almost rotten and we have to sell them for an insignificant price,” she said.

Pedro interrupted to raise the issue of land tenure.  He reminded me that in his home municipality - just like in most coca-growing areas across Colombia - over 90% of small-scale farmers have no legal land tenure, rendering them more vulnerable to the armed gangs involved in the cultivation of illicit crops that provide short-term income.

“If we had secure land rights we would have incentives for long-term investments, and more importantly, we would have access to credit and subsidies. Without legal land tenure, accessing credit is impossible!” Pedro added.

Linda raised the lack of well-equipped schools, day-care centres, and recreational activities for youngsters in Meta’s coca leaf-growing areas. “The children and youth are the most vulnerable in these regions - young men are easily attracted by the ‘quick money’ offered by the groups. This is why many of them either join the armed groups or the narcos,” Linda said.

“Leonor and Pedro are right. We need roads, bridges, and subsidies to make boat travel more affordable, land titles, and access to legal credit sources. Yet I think that the most urgent need is to build schools and provide our youth with an education - which at the end of the day will keep the armed gangs members at bay. Everyone agrees that women are the ones who have suffered the most in this war and the drugs business, but we will not halt their suffering unless their kids are given the right to access education! Policy makers need to think about the rural youth if they do not want to have another generation of violence,” she added.

Indeed, it is estimated that 49% of Colombia’s 8.4 million victims of the armed conflict have been women, predominantly from rural areas.

Drugs production is a cross-cutting development issue that impacts a large number of key development sectors. Thus, solutions to this problem have to be directed at all the sectors that have an impact on the development of these communities.

The more we come to understand the complex realities of communities trapped amidst cultivating coca leaf, poverty, and a protracted armed conflict, the more we understand that cocaine production is a cross-cutting development issue that impacts a large number of key development sectors.

Thus, solutions must be directed toward all sectors involved in community development. Projects that provide livelihoods are likely to fail when they are not coupled with connective infrastructure, access to financing, the delivery of basic services, and sound community participation in development programming.

Evidence from Thailand – the only country to have effectively eliminated illicit crop production through an integrated development-oriented approach -, suggests that successful substitution programmes require large, multi-sector investments, and that government efforts cannot be solely focused on small substitution projects. The challenges arising from illicit crops cannot be addressed by a standalone institution. Conversely, these problems require inter-institutional actions focussed on the many factors and conditions that fuel illicit crop cultivation, and which require the full support of the donor community.

Substitution programmes are critical components of peace-building agendas in countries where illicit crop cultivation has been a driver of armed conflicts. In Colombia, the signing of the 2016 Peace Agreement with the FARC-EP opened an historical window of opportunity for the transformation of regions like Meta - and for the lives of small-scale farmers like Leonor, Pedro and Linda.

Meta is just one of the many regions where the government of Colombia has to cope with these complex challenges. Leonor, Pedro, and Linda are just three of the thousands of small-scale farmers whose stories were overshadowed by the longest-running armed conflict in the Americas.  Today, they demand to be the catalysts for change in their communities.