To close the infrastructure gap, Brazil needs to spend better – not necessarily more

Ask any of the above questions and you are likely to hear: “Not now, there is simply no money.” It has become standard to associate the infrastructure gap in Brazil to the deep fiscal crisis that has forced a brutal adjustment of public investment spending in almost all areas. This is not wrong, of course, but it is not the entire truth either. Brazil’s spending on infrastructure barely covers depreciation and rigid budget rules (which the government aims to reform) mean that the bulk of spending cuts so far has fallen on discretionary capital spending. But even in the current tight fiscal environment, government entities sit on funds allocated for investment that cannot be disbursed.

Clearly, lack of money is not the only problem.

This is why the latest two regional flagship reports on infrastructure and its financing are welcome and why we decided to launch them officially last week in Sao Paulo. The central message of Rethinking Infrastructure in Latin America and the Caribbean: Spending Better to Achieve More is that Latin America can close its infrastructure gap without necessarily spending a lot more. How that? The report offers a simple guide to what spending better would look like: Looking at Brazil against this standard, it is easy to understand why past flagship public investment programs had limited impact on closing the country’s infrastructure gap. This experience and the lack of fiscal space have prompted new enthusiasm about the private sector as the solution. But is it?

As Private Financing of Infrastructure through PPPs in LAC cautions the private sector is not a panacea. When projects are poorly motivated and appraised, the private sector will either stay clear of financing and implementing them or ask for generous public sector commitments to compensate for the risks resulting from poor preparation. Moreover, in many LAC countries, project preparation itself has been outsourced to the private sector through unsolicited bids, which creates potential conflicts of interest and in practice has weakened competition and led to frequent contract renegotiation. 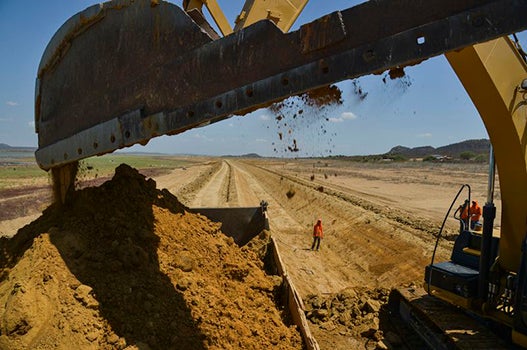 While public private partnerships (PPPs) are liked by governments because funding is off the government’s balance sheet, in reality the private sector does not pay for infrastructure (users do, and when they won’t one way or another the tax payer will face the bill). The private sector’s role is to increase efficiency through better governance. When regulation is ill-designed and contract management is weak, private concessionaires may have few incentives to perform better than public sector counterparts. The end result may be an expensive and poorly performing PPP, with users shortchanged through higher fees and poor services.

The flipside of this risk is that when users are willing and able to pay for infrastructure services or when there is some other form of a market test, and when projects are well planned and contracts well designed, PPPs may not require public money at all. The growing interest of institutional investors such as pension funds and insurance companies in long-term assets with attractive returns means that there is a significant source of long-term funding that to date remains untapped in all of Latin America, including Brazil, whose domestic capital market is one of the largest in the region.

So what did Brazilian investors and policy makers make of these two reports? The presentation in Sao Paulo was followed by a panel discussion and of course all panelists were asked what it would take close the infrastructure gap in Brazil. Those waiting to hear “more money” were in for a surprise. Panelist after panelist confirmed that the key in Brazil today is not the lack of money, but the need for a better pipeline of projects, a more reliable regulatory framework, better governance and oversight over operators and concessionaires, as well as stable macroeconomic policy.

I found this convergence of views both unexpected and encouraging. Change happens on the basis of an agreed diagnostic. And the infrastructure gap it turns out is one area where money may be less important than often thought. That’s good news for Brazil and – in times of scarce capital – for the World Bank, too.
Topics
Energy
Financial Inclusion
Financial Sector
Competitiveness
Digital Development
Countries
Brazil
Regions
Latin America & Caribbean