One year after the storms: Five ideas for building back stronger in the Caribbean

One year after hurricanes Irma and Maria swept through the Caribbean, leaving a trail of devastation and turmoil, the calm seems to have returned to the region after the unprecedented storms.

Children are back in school, rebuilding has started, tourism is slowly rebounding and businesses have started to reopen.

Yet, we know that the journey to recovery takes time after a disaster of such magnitude where more than 200 percent of the annual GDP of the island of Dominica was wiped out in a matter of hours. While recovery is underway and rebuilding of key infrastructure is ongoing, many people have still limited access to electricity, water and basic services.

Last year’s unprecedented hurricane season has been a watershed for the region. It has made countries embrace resilience with both depth and breadth, and prompt a major shift in the way governments, private sector and development partners are tackling the recovery efforts. The small island nations are now focused on investing in becoming both climate-smart and fiscally resilient to bring maximum benefits to their population.

In recognition of the vulnerabilities of small island states, we are responding to their aspirations and supporting their recovery and resilience building efforts in five inter-connected ways:

Early warning systems are especially important. They make it possible for people and organizations to prepare for impacts. While warnings cannot avoid all casualties and emergencies, they can save lives, reduce suffering and prevent economic losses.

In addition, identifying and communicating risk is the first step in effectively managing disaster risk. This can be done through risk modelling and developing disaster risk financing strategies, allowing decision-makers to make policy and planning decisions ahead of time. Together with the ministry of finance of Belize, Grenada, Jamaica and Saint Lucia, cost-effective tailored strategies have been designed to help each country improve their resilience to natural disasters. 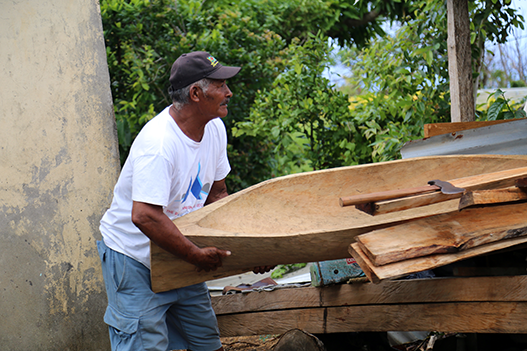 When a hurricane strikes, it is often the poorest that suffer the most: they have less savings to mitigate the shock and are more dependent on industries such as agriculture and fisheries, which get affected the most. The poor also have less access to credit, are less likely to be insured, and their friends and family are often also poor, which means that they have limited informal social support networks.

At the World Bank, we are helping governments create “adaptive” safety nets, social protection programs like cash transfers or public works programs that can be scaled up after a disaster. In Dominica and Sint Maarten, we are working with the government to improve the efficiency of the country’s social protection system and to identify the most vulnerable populations when providing assistance in post-disaster situations. In addition, about 1,800 under-employed and unemployed persons will receive skills-training in exchange for a stipend in Sint Maarten over the next 18 months. 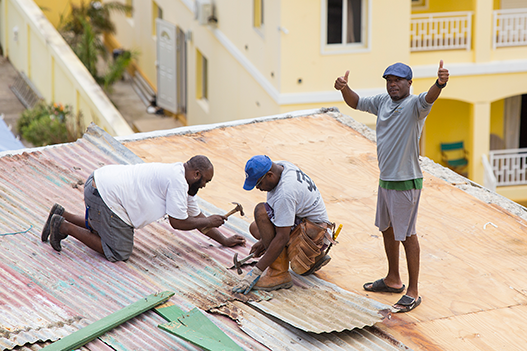 Reconstruction is an opportunity to build better, for example erecting buildings outside flood zones and structures able to resist high winds. The new roads, bridges, and electric grids should be able to withstand the next storm; and human settlements should provide a better quality of life and higher productivity.

This is particularly important for islands located in the “hurricane corridor”, including Antigua and Barbuda, Dominica and Sint Maarten, where critical infrastructure such as hospitals, airports, roads and utility networks were severely damaged. Functioning utility networks of electricity, water and telecom are essential to help communities recover faster from disasters. In the Eastern Caribbean, we are also actively exploring use of technology to make service delivery more efficient and transparent: notably by working with governments to support them in establishing digital universal ID systems and using technology to maintain connectivity and keep services running for citizenry in time of severe natural disasters.

Last year’s record number of hurricanes of high intensity were stark reminders that countries can build resilience to shocks so that they don’t lose in a matter of hours what took years to achieve. Both Grenada and Jamaica have been the first among CARICOM countries to adopt fiscal rules aiming to open fiscal space, reduce borrowing costs and public debt. Saint Vincent and the Grenadines and Saint Lucia are also embarking on reforms to build fiscal resilience.

To achieve this, countries are exploring innovative financing mechanisms to allow Caribbean islands to save more during good times to prepare for the next storm or economic shock. The first Blue Growth Development Policy Financing was recently approved to support Grenada’s efforts to maintain fiscal discipline and enable the development of its “blue economy”.

Following the 2017 hurricanes, eight Caribbean countries have also received payouts amounting to more than US$50 million from the Caribbean Catastrophe Risk Insurance Facility CCRIF SPC, a regional risk pooling mechanism that provide member countries with immediate liquidity to respond quickly to disasters.  Together with other multilateral partners, the Caribbean region is also exploring options for climate-resilient debt instruments.

Many of the Caribbean islands have much more space around them than on their actual territory. For instance, Saint Lucia has seven times more space at sea than on land and Eastern Caribbean countries are now finding new ways to generate jobs and growth from the islands’ rich and abundant natural capital.

This means ensuring a proper management of natural resources and creating enabling conditions for private investment in ocean industries. It also means building ‘blue green’ infrastructure such as a port using natural mangrove barriers; and supporting small and medium ocean enterprises to generate ‘blue jobs’. Natural defenses, such as mangroves and coral reefs, also play an important role in protecting coastal areas against hurricanes, and countries such as Belize are expanding and consolidating marine protected areas to repopulate coral reefs. For instance, the Belize Barrier Reef, the largest barrier reef system in the Northern Hemisphere, was recently removed from the United Nations list of endangered world heritage sites. Hello. Excellent article and ideas for re-build the islands. I work for the company m2 Baltra Dominicana and we build house and building wich are earthquakeresistant, wind resistant and insulating. We have send our material ti st marteen and this kinds of house survives the hurricane. If you want to know about it and we can help write us. Best regards. Ing. Ivan Reyes